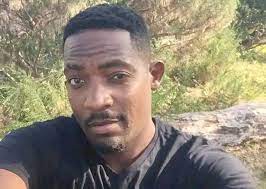 LAWYERS representing the family of a 35-year-old Harare man who was allegedly murdered by military personnel guarding President Emmerson Mnangagwa’s State House residence have written to the police demanding a full murder inquiry before the deceased can be buried.

The livid family have poked holes into police claims that Levy Musendo (pictured) died in the casualty section at Parirenyatwa Group of Hospitals on 19 August.

Through their lawyers Kadzere, Hungwe and Mandevere Legal Practitioners, his family are demanding justice, including viewing the body in the presence of a police photographer and the institution of a full murder inquiry before they can bury him.

“We have written to police demanding full post-mortem plus the right to see the body in the presence of a police photographer,” the lawyers told The NewsHawks this week.

The Harare Criminal Investigations Department (CID) homicide section told the lawyers that it is investigating the case and will address all concerns raised, including attempts to cover up the death involving soldiers and police details.

“Kindly note that CID Homicide Harare have since instituted investigations into the matter and your concerns detailed in your letter have been noted and will be addressed,” the letter from the police reads.

But the lawyers, in a 31 August letter responding to the police reply, said they were in need of the relevant case number for the said investigation and the identities of the investigating officers handling the case.

The lawyers also asked to be provided with identities of the suspects in the matter and an indication as to whether they will be brought to court to answer murder charges.

“You will note from our letter of the 24th of August, 2022 that key to this whole issue and to whether or not any movements are to be made with regard to burial of the remains of Levy Musendo, the family requested access to the full post-mortem report as compiled by the pathologists who carried out the post-mortem of his remains as well as access to the whole body of the deceased in the presence of the police officers carrying out the investigations, as well as police official photographer.”

“In your letter of 25 August, there are no indications as to timelines when it is anticipated that the concerns and requests made by our client would be addressed,” the lawyers said.

The lawyers gave the police a 24-hour altimatum, threatening to take the matter to court. Lawyers have also demanded closed-circuit television footage of the now deceased allegedly attempting to break into State House, as well as his last moments with the police.

In an earlier letter to the police, the lawyers said the entire family has agreed, in the interests of justice, to ensure his remains are kept at the Parirenyatwa Group of Hospitals mortuary and only buried when the killers are brought to book. It emerged that state security agents suspected of killing Musendo initially tried to engage officers at a police post in the Avenues area, who refused to accept the corpse before it was taken to the Parirenyatwa casualty section.

Police are alleged to have come up with a cooked document, including a detention book number alleging the now deceased had been arrested while trying to break into State House, a claim no official has come out to prove.

The corpse, the lawyers said, had a deep cut on the mouth and the family was denied access to view the whole body.