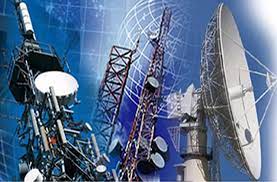 THE rate at which data costs have continued to rise in Zimbabwe will leave a lot of people behind and will widen inequality between the rich and the poor, with devastating generational implications, experts have warned.

Zimbabwe’s largest mobile network operators have, since last year, been reviewing their tariffs regularly, by an average of 20%, citing rising operating costs.

Telecel, whose network has been down for some time, is yet to adjust its prices. The latest data bundle price increase comes at a time Zimbabwe’s economy is experiencing rising inflation, local currency devaluation and increasing network input costs.

The price adjustments, though necessary to keep telecoms companies afloat in an inflationary environment, have a negative impact on many sectors of Zimbabwean society, especially stu[1]dents and informal sector businesses which rely on the internet for research and social media to reach customers respectively.

“Data costs continue to skyrocket in Zimbabwe beyond the reach of many ordinary citizens whose disposable incomes are already depressed,” the Zimbabwe Coalition for Debt and Development (Zimcodd) said in a recent statement.

According to the Zimbabwe National Statistics Agency (ZimStat), an average family of six needs ZW$36 918 per month for food as at January 2022. Some civil servants are earning ZW$21 000 per month.

“This means that internet access then becomes a luxury. Low-income earners who constitute the majority are the hardest hit by high mobile data tariffs in Zimbabwe. The data regime is pushing for online spaces to be a preserve of the few and not the many,” the organisation said.

Zimcodd said universal access to the internet in Zimbabwe is still far from reality.  The organisation said Zimbabweans are at the mercy of the profit motive of the internet market which is controlled by only seven major internet service providers.

It said the fact that these same private sector companies control the country’s internet infrastructure means that the government has little power to intervene on consumers’ be[1]half.

“It also means that the country’s internet infrastructure and business model is beholden to the debt recovery interests of private creditors who financed the development of the infrastructure.”

“These continuous price increases by the telecoms give credence to calls for the government to impose caps on data price increases to ensure that all Zimbabweans enjoy the right to access the internet. Ordinary citizens who can hardly afford basics, more than half of whom are living in extreme poverty, are heavily impacted and thereby left behind,” Zimcodd said.

“The world has become digital, and Zimbabwe is not spared. Zimbabweans deserve to access information and one of the channels being the internet.”

Zimcodd said section 62 of Zimbabwe’s constitution stipulates that every citizen has the right to access information.

“The rate that data costs have continued to rise leaves others behind and will increase the inequality gap between the rich and the poor, with devastating generational implications,” it said.

The organisation said the cost of data has a direct impact on one’s ability to access the internet and, ultimately, access to information. Access to information is a basic human right which most Zimbabweans are denied by high data costs, it said.

“The high data costs have heavily impacted the education sector by further widening the digital gap between students in private schools and those in government schools. With the Covid-19 pandemic which affected the school calendar, most schools were conducting online lessons, leaving behind the children from less privileged families.”

“Who exactly is to blame for the increase in data tariffs in Zimbabwe? Private sector players cite various reasons to justify the price increases, including price adjustments by the Postal and Telecommunication Regulatory Authority of Zimbabwe (Potraz), rising operating costs, power-cuts and extensive vandalism of its infrastructure.”

“As long as the telecoms and internet sector are dominated by a monopolist interest in a context of poor regulatory oversight and weak consumer protection mechanism, rising internet charges will continue making poor Zimbabweans even poorer,” Zimcodd said.

The Media Institute of Southern Africa Zim babwe (Misa), in its 1 December 2021 statement, said internet freedoms and digital rights, which should be enjoyed equally, remain a luxury to most Zimbabweans. This is despite numerous calls for telecommunications industry players to be guided by their public interest role, Misa said.

“As a result, internet freedoms and/or digital rights, which should be enjoyed equally, remain a luxury for ordinary citizens and the majority of Zimbabweans. The digital divide between low-in[1]come earners and high-income earners thus continues to widen,” Misa said.

Misa Zimbabwe urged the government, Parliament and Potraz to ensure that universal access to technology and the internet becomes a reality. It pointed out that the principles pertaining to internet access and affordability, democratic multi-stakeholder internet governance, the openness of the internet, among others, are clearly laid out in the African Declaration on Internet Rights and Freedoms.

Misa also said internet access and affordability in Zimbabwe remain critical issues that need to be addressed, particularly for purposes of promoting universal access to the internet for all.   “Moreso, for purposes of promoting digital inclusion.  The continued increase in prices of data tariffs is widening the digital divide hence the need for urgent interventions. Policymakers, consumers, private companies, civil society organisations and the regulator should have meaningful, truthful and open conversations on this issue,” it said.

Ranked 136th worldwide for mobile data pricing in a study based on the cost of one gigabyte of mobile data, neighbouring South Africa’s data costs an average of US$2.67 (R38.93) for 1GB of data, with the cheapest data costing US$0.12, while the most expensive is US$34.95. Sub-Saharan Africa has six of the 10 most expensive countries in the world for internet costs, with Equatorial Guinea the most expensive at US$49.67 for 1GB of internet, according to Cable.co.uk.

Regulator Potraz recently noted that the telecoms industry’s operating costs grew by 15.8% to ZW$8.9 billion in the second quarter of 2021, up from ZW$7.6 billion in the first quarter.

The latest industry report showed a worrying trend where telecommunications companies’ operating costs are growing at a faster pace than revenues.

For instance, report said mobile networks’ operating costs grew by 40.9% to ZW$12.5 billion in the third quarter of 2021, up from ZW$8.8 billion reported in the second quarter.