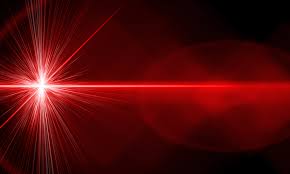 AT least 67 workers at Rongxin/Mambo mine in Sanyati, Mashonaland West province, are suffering the effects of exposure to infrared lights which they were exposed to during Covid-19 vaccination, resulting in swollen eyes and dehydration, The NewsHawks has learnt.

The exposure, which occurred in April last year, was reported to the police. The Radiation Protection Authority of Zimbabwe (RPAZ) is also preparing to launch a probe after receiving a report. The workers were exposed to the infrared lights while undergoing Covid-19 vaccination.

“Our mandate is to protect people and the environment from the harmful effects of radiation.  It falls in the authority’s jurisdiction to regulate facilities that use ionizing radiation. The authority is aware of the use of Ultraviolet Radiation for disinfection purposes.  The use of such may have potential health risks that might come if the UV units are not installed properly or are used by untrained individuals. In this regard, the authority will investigate the facility in question to ascertain the type of practice that is being employed,” Huni said.

Huni said appropriate action would be taken if the company is found to be in the wrong.

“The Radiation Protection Act stipulates anyone who uses radiation equipment to register with the Authority and be issued with a licence for the use of radiation equipment. The facility in question is not registered with the authority, hence proper investigations are underway to ascertain whether the equipment used violated the law or not.”

According to documents in the possession of The NewsHawks, the affected workers approached Sanyati Police Station where a request for medical reports was made through one Inspector Brighton Wamiridza.

One of the documents reads: “The com[1]plaint is mine worker at Rongxin, who was affected after he was directed by his employer to be injected Covid-19 vaccination. It was done in a closed tent with infra lighting with ultra violet rays. As a result of the light the com[1]plaint sustained painful and sore eyes. Medical request is made for medical examination and treatment.”

Out of the 67 affected workers, four of them were women who have since been fired from the mine, according to a source who spoke on condition that he is not named.

The mine was issued a subpoena to appear before the Kadoma Magistrates’ Court on 18 January to answer to three charges, including violation of the Public Health Act. The mine is facing another charge of violating the Radiation Act (Chap 15).

Among the senior officials affected is one risk manager Clemency Chimbunde who went suffered swollen eyes for five days. Chimbunde refused to comment on the matter, saying he had no authority to speak on behalf of the mine.

The mine manager, only identified as Ralph, did not respond to phone calls and text messages from The NewsHawks.

Zimbabwe Diamond and Allied Minerals Workers’ Union (ZDAMWU) secretary-general Justice Chinhema has challenged the government to come out clean on how some companies, including Chinese firms, are ill-treating workers.

“Investment must bring personal improvement, community and national development. However, that is not the case with the Chinese ,as well as black capitalists who are corrupt to the core. Looters and criminals are enslaving us and today we are worse off,” Chinhema said.

Anti-Corruption Commission under siege from the police and prosecutors