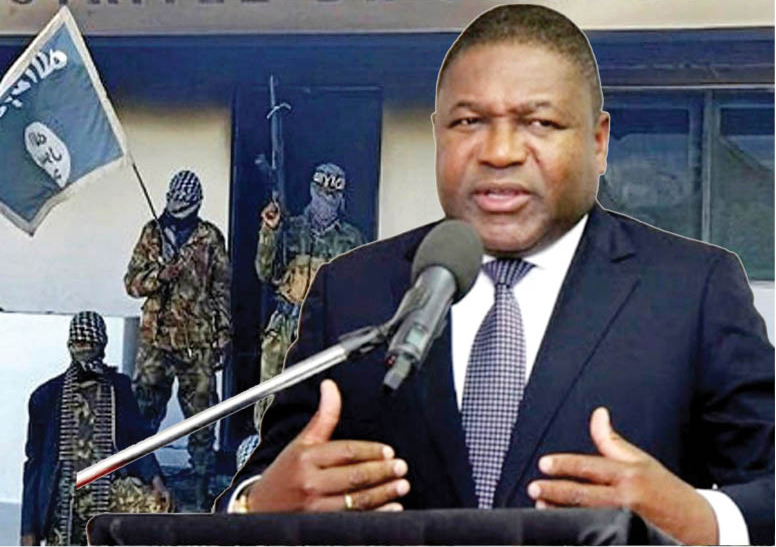 This follows an eleventh-hour postponement of a crucial meeting between Botswana, South Africa, Zimbabwe and Mozambique set for yesterday in Maputo to finalise the urgent intervention road map and action.

The delay of the Sadc troika summit of the organ on politics, defence and security cooperation – which includes President Mokgweetsi Masisi of Botswana, the chair, incoming chair President Cyril Ramaphosa of South Africa and outgoing chair Zimbabwean President Emmerson Mnangagwa – followed the extraordinary foreign affairs ministerial committee meeting of the same body on Wednesday in the Mozambican capital.

Initially it was defence and security chiefs expected to meet before the organ troika summit.

Officially the organ troika summit was postponed because Masisi is in Covid-19 quarantine, while Ramaphosa is appearing before the Zondo state capture commission of inquiry.

It is not clear when the summit will now take place, but sources say probably on 7 May.

Sadc security sources told The NewsHawks yesterday the meeting was delayed because Mozambican President Filipe Nyusi, who is also Sadc chair, wants further scrutiny of the plan and control of the intervention process which he is not really keen on in its current form.

As previously reported by this platform in detail, Nyusi is reluctant on uncontrolled foreign military intervention as he thinks the situation is under control, even though the insurgents still occupy northern strategic towns or places, does not want foreign allies to see from inside shortcomings of his poorly-trained army, wants to conceal the local roots of the crisis as he is emphasising external causes, fears regionalising the conflict as it might spin out of control and is feverishly waving the sovereignty card to keep outsiders at bay.

The ministerial committee meeting, which included Mozambique, was in preparation for the troika organ summit — a culmination of the intervention plan of action.

Just before that, there had been a technical assessment mission from 15 April to 21 April, to ascertain Mozambique’s political and security situation on the ground and its military needs, as well as the strategy and tactical plan to confront and neutralise the terrorists.

Angola led the expedition as the Sadc chair of the defence intelligence standing committee.

All these meetings and events came against a background of a double troika Sadc summit — comprising the main Sadc heads of state meeting chaired by Nyusi and organ on politics, defence and security troika gathering, on 8 April in Maputo, which authorised the intervention.

The Wednesday ministerial meeting and the organ troika summit which was set for yesterday were set to give final approvals to the deployment road map and action.

The technical assessment team came up with a detailed deployment plan and recommended that Sadc should dispatch a force of 2 916 soldiers to Cabo Delgado to “combat and neutralise” the insurgents and recapture territory they have taken, including their capital, Mocímboa da Praia.

The jihadists’ capital is still the port town in northern Mozambique, lying on the Indian Ocean coast, located in Cabo Delgado province. It is a border post for travel to and from Tanzania and is the seat of Mocímboa da Praia district.

There are also helicopters as well as transport aircraft, patrol ships, a submarine and a maritime aircraft to patrol the Cabo Delgado coastline to intercept insurgents’ movements, supplies and combat their drug trafficking activities, said to be a source of their financing of the insurgency.

This plan entails deployment of Sadc troops to support the local army, providing the Mozambican military with training and support; and ensuring logistical support.

These combined and self-reinforcing actions are ultimately designed to neutralise the insurgents whose centres of gravity, including strategic, operational, tactical, critical capabilities, needs, strengths and vulnerabilities issues, were identified by the Sadc technical team.

The assessment team said at least 790 civilians had been killed in about 510 insurgent attacks since 2017, while more than 800 000 people were displaced.

Following Wednesday’s ministerial committee meeting, the organ troika heads of state and government were yesterday expected to adopt recommendations made by the technical committee and swiftly swing into action in the explosive conflict.

Their South African counterpart Naledi Pandor was expected to attend.

Despite this temporary setback, the Sadc technical team has warned a new wave violent extremism outbursts and attacks could be looming in the province.

“The recent attacks occurred shortly before the holy month of Ramadan and since then there has been a considerable lull in activities. The possibilities of renewed attacks are high after Ramadan however, this does not rule out the likelihood of attacks during the fasting period,” the Sadc technical team said.

To counter the insurgents, the technical assessment mission said that standby force should go in to provide immediate support in the fields of air, maritime and ground operational capabilities.

The leaked Sadc  report, signed by Botswana’s Brigadier Michael Mukokomani, chief-of-staff of the Sadc Standby Force, says Mozambique needs help with logistics, humanitarian assistance, intelligence as well as boots on the ground, to retake territory such as the strategic port of Mocimboa da Praia under insurgent control since last August.

The technical assessment team comprised 37 personnel from Angola, Botswana, Malawi, South Africa, Tanzania and Zimbabwe, working alongside their counterparts from Mozambique, and assisted by the Sadc secretariat.

The participants were selected from various specialities and expertise, including intelligence, operations from air, maritime, and ground domains, communications and logistics.

The purpose of the mission was to undertake a technical assessment in order to  develop an understanding on the type of threat which Mozambique is facing so as to determine rapid regional reaction; identify immediate support for Mozambique with capabilities to enhance surveillance for maritime, air and ground security; propose a regional coordination mechanism to facilitate the implementation of the support to be provided by the region; and  present a report to the Wednesday ministerial meeting and the postponed organ troika summit, which was supposed to action deployment, before the plan was subsequently frozen.

Recipe for conflict: Northern Mozambique’s tinder-dry fields of straw are ripe for burning