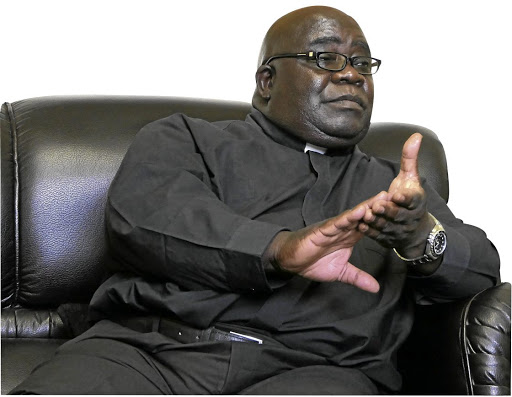 THE late former president Robert Mugabe was forced to shelve the “unconstitutional” Private Voluntary Organisations (PVOs) Bill after protests by civil society organisations and the objection of his Roman Catholic priest Fidelis Mukonori (pictured), The NewsHawks has learnt.

Mugabe was ousted via a military coup in November 2017, with Zanu PF and the military top brass accusing him of being captured by a youthful group of party leaders under the G40 banner and led by his wife Grace.

After Mugabe’s exit from the political scene and his death in 2019, President Emmerson Mnangagwa and Zanu PF have upped the call for the PVOs Amendment Bill. Observers say the law was meant to silence government critics ahead of the crucial 2023 harmonised elections.

Val Ingham-Thorpe, the director of Veritas Zimbabwe, an organisation which provides information on Acts of Parliament and the constitution, this week said the push for the PVOs Amendment Bill began during Mugabe’s days.

After several interventions and meetings with experts and a critical role played by the former Zanu PF strongman’s Roman Catholic mentor, the senior Jesuit priest Mukonori, it was shelved, only to be revived.

She said Mukonori played a huge role in convincing Mugabe to drop the Bill that will lead to Zimbabwe being viewed as a more repressive country.

Civil society organisations (CSOs) have also threatened to take legal action if the Bill is to pass while opposition members of Parliament have already raised red flags over Zanu PF’s “illegal” tactics meant to push the Bill.

Several PVOs this week issued a statement featuring the Zimbabwe Lawyers for Human Rights (ZLHR), Zimbabwe Peace Project (ZPP), Veritas and Amnesty International Zimbabwe, saying the Bill was unjust and not called for.

Brian Crozier, a lawyer and human rights defender, said the only motivation for the PVOs Amendment Bill was to silence critics and warn those criticising the ruling party that “they will be hammered”.

“It is just a message to say that if you criticise Zanu PF we will hammer you. It is all political,” he said.

He said several organisations, including those representing war veterans and those involved in humanitarian work, will be greatly affected and the impact will be massive.

Veritas programmes manager Lizwe Jamela said the Bill’s legality will be tested by challenging it in the Constitutional Court.

“The Bill is unconstitutional, it violates section 34 of the constitution. If the Bill passes in its current form, as Veritas we will do public interest litigation, and we will take it to the Constitutional court,” Jamela said.

If the Bill is passed, Zimbabwe will be in danger of losing out on over US$800 million from development agencies despite the regime being in desperate need of resources.

The country is faced with multiple challenges including the failing economy, drought and a failing health delivery system that have left millions of citizens vulnerable.

Donors have in the past managed to step in and assist the vulnerable but, with their existence now threatened, the future looks bleak for poverty-stricken Zimbabweans.

Related Topics:CSOPVO Act
Up Next