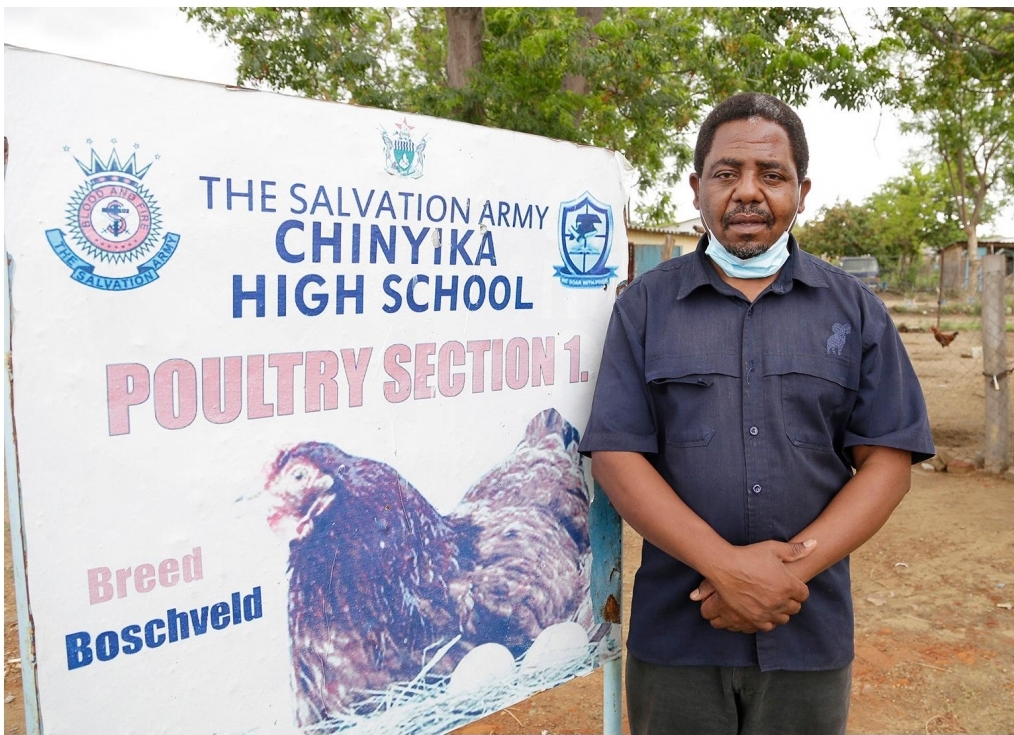 AS a young boy, Evermore Chakwizira (52) dreamt of the day he would become a lawyer, but little did he know that fate had different plans for him.

His story is that of an Advance Level student who mistakenly applied to enroll for a Bachelor of Arts (BA) degree instead of law, but after 30 years in the education sector, has risen to be an integrity icon.

“I wanted to become a lawyer, somehow there was a problem. We were advised to rank the degree programmes of our choice starting with the one with the lowest points and I put BA at the top. When we went to the university, we later discovered that it was not possible to switch to any other programme.”

Chakwizira and four others were recently honoured as Integrity Icons through an Accountability Lab global campaign that is led by citizens in search of honest government officials. The programme aims to stimulate debate on the idea of integrity and demonstrate the importance of honesty and personal responsibility. Integrity Icons’ goal is to inspire a new generation to be more effective public servants.

In 2019, after years of teaching in “A” schools and mission schools, Chakwizira was promoted to headmaster and was moved to Chinyika Secondary School in Goromonzi.

The school was in a dire state with little resources. Never before had he worked in such an under-resourced environment.

Determined to better the conditions at the school for both his staff and students, he decided to make Chinyika a self-reliant institution and has more than excelled at it.

With the assistance of local leaders, including political leaders, Chakwizira initiated a chick incubation and hatchery business for the school to raise funds to build classrooms and improve the student-textbook ratio.

The proceeds from the poultry project enabled the establishment of a clothing factory.

“With the chicken project profit, we managed to open a school uniforms manufacturing factory in 2019 employing six machinists and two assistants. The factory is bringing the much-needed income for capital projects from sales of uniforms, curtains and face masks,” Chakwizira told The NewsHawks.

“We managed to make 22 000 facemasks in 2020 alone, which were sold and distributed to primary and secondary schools in Mashonaland East through the ministry of Health and ministry of Primary and Secondary Education.”

In 2020, using proceeds from the project, Chakwizira constructed a state-of-the-art science laboratory at Chinyika.

This enabled the school to be accorded Advanced Level Zimsec Centre status.

Through continuous engagement with local leaders and business people, Chakwizira appealed for assistance and got a donation of US$$80 000 to build a library after getting assistance from the Heijn Foundation, Hukuru, Pinefields and Dr Scott Moore Gordon of Mzuru Sana Farms. But that is not all.

“I’m grateful for the continuous support that local leaders and business personnel has shown towards the development initiatives we have been implementing at Chinyika. Not only have we managed to establish income-generating projects, we have also improved the infrastructure and learning environment,” he said.

“So far, we have managed to upgrade the pit latrines in the school to flush toilets, purchase 300 single-seater combination desks for every Form One student in compliance with Covid-19 spacing protocols, buy three state-of-the-art overhead projectors to enhance e-learning, 10 brand new Core i5 computers and a powerful printer to upgrade our computer lab, build a spacious semi-detached staff house to reduce sharing of housing and now we are working on building a double storey H-shaped block with 16 classrooms. Brick moulding has already begun at the school using an industrial electric brick-moulding machine.”

While standards are rapidly deteriorating in most Zimbabwean schools, Chinyika Secondary has been basking in the glory of Chakwizira’s innovative ideas that the school is slowly moving towards becoming an “A” school.

“I’m very happy with the progress that we have made so far. I will not rest until Chinyika is transformed into a low-cost boarding school that offers quality education. Every student deserves a good education regardless of the location of the school,” he says.

Chakwizira hopes to inspire other civil servants that innovation can bring good results.

“I also want to influence the young people into perceiving the public service as a career path in which they can work with honesty, transparency and integrity. I want to encourage public servants to go beyond the call of duty and to be the additional voice agitating for the promotion of honest and ethical conduct in the provision of public services. Many public institutions have brilliant service charters neatly displayed in beautiful picture frames, but poor service delivery. I want to show young people that there is dignity in labour, that honesty and hard work are more rewarding compared to lethargic service delivery,” he says.

To Chakwizira, being recognised as an Integrity Icon means that he has a role to play in Zimbabwe’s transformation.

“Being recognised as an Integrity Icon doesn’t mean that I am perfect, it means that I have a role to play in the transformation of our nation, particularly in the civil service. The recognition given to me gives me greater energy to work for the common good. It makes me aim higher and gives me the zeal to perform better,” he says.

“After toiling for years, I’m happy to finally be recognised for the work I have done. I love education, I enjoy working in an environment where both my staff and students are getting the best and, look where it got me.

“Through the prize I got from Accountability Lab, my life has changed for the better. I mean, what a boost to my self-confidence and some of the projects that will transform our school. My wife and kids are so proud of me. One of my daughters recently said she’d want to walk in my footsteps,” Chakwizira said.

Zim should tighten monetary policy to rein in inflation: IMF