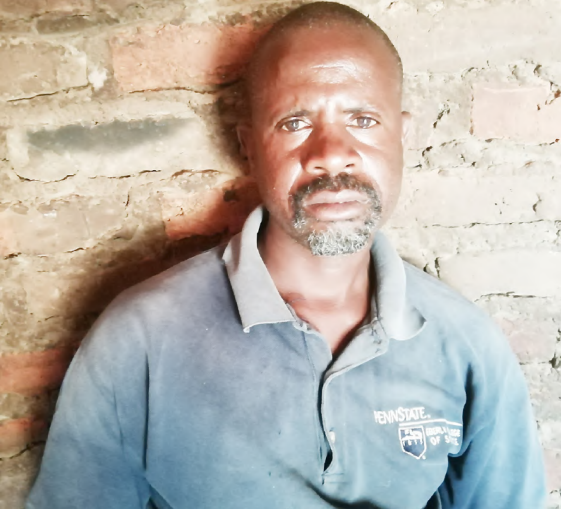 UNDERSTATED payslips or non-fulfilled bank transfers have become the sad face of dissatisfaction among exploited contract tobacco workers in a lucrative industry that generates over US$500 million in foreign currency earnings a year for Zimbabwe.

Mashonaland West province’s Karoi town, situated about 200 kilometres north-west of Harare, has become a veritable breeding ground for the exploitation of tobacco workers. Some never received a single cent after two months of strenuous contract work.

When some of the workers tried to speak out against their exploitation, they were instantly fired without receiving any gratuity, an investigation funded through a Voluntary Media Council of Zimbabwe (VMCZ) investigative grant has revealed.

Miserly gratuity Some of the exploited tobacco workers got a mere US$3 termination fee when contracts were terminated in July. Tobacco companies countrywide are accused of underpaying workers. Seasonal tobacco contract workers are usually hired on short-term contracts at a stipulated rate per hour or per day.

The National Employment Council (NEC) says the tobacco industry employs over 11 500 workers at the peak of the selling season.

“80% of the employees are on seasonal contracts of employment,” NEC national chairperson Tichaona Zimhondi said in a written response to questions.

Some 20% are on contracts of employment without limitation of time, said Zimhondi. A month-long investigation exposed how seasonal contract workers suffer in silence while being underpaid in the industry that generates millions of United States dollars.

The fate of the exploited workers is self-evident as tobacco buyers flood Karoi town in Hurungwe district. More than 15 tobacco companies are registered in Hurungwe, the bulk of them operating as surrogates that act as third parties between farmers and merchants.

For nearly three weeks, the Tobacco Industry and Marketing Board (TIMB) did not release details of registered tobacco companies operating at depots in Hurungwe, Guruve in Mashonaland Central, Marondera (Mashonaland East), and Rusape in Manicaland for our official verification.

“Sadly, the information you requested could not be given to me; hence failure to send to you,” Chelesani Moyo, TIMB publication relations officer, wrote.

Sanyanga was involved in a serious accident on his motorbike while travelling from the farm to Banket, about 10 kilometres away, on 3 July, while on official duty.

“I was summoned by our provincial manager, Gilbert Nyamhondoro, to deliver some documents to Banket early in the morning when the accident occurred,” he said.

Sanyanga (pictured) was working on a fixed-term contract as a field coordinator with Grandincore Tobacco Company (GTC), operating in the Zvimba area, covering Banket, Mutorashanga and Trelawney. He had 150 farmers under his supervision.

Part of the contract reads that the field coordinator’s duties include the supervision of sub-coordinators, chairpersons and farmers, to represent the company among the farmers, to serve GTC as a sole company, to ensure safety and utilisation of company property that includes bailing boxes and bicycles, to monitor the progress in the field at all stages and report to the growers’ department and protect the image of the company, among others.

“I was fired while I was still on the hospital bed,” he said, writhing in pain.

“After spending two months in hospital nursing severe injuries, my contract was terminated through a phone call.

“The reason I was told is that I had failed to recover outstanding tobacco from contracted farm[1]ers, yet I was bedridden.”

Sanyanga claims that GTC never remitted anything to the National Social Security Authority (Nssa) for him.

“I am aggrieved that the company did not pay for my medical bills, yet I was under their employment,” Sanyanga, who now walks with the aid of crutches, said. Nothing was submitted to the National Employment Council either, he added.

“It is devastating to be abused when I can no longer walk on my own. This is a permanent injury,” he lamented. The company lost out: GTC boss GTC managing director Jameson Musarara denied Sanyanga’s allegations over non-payment of medical bills. Instead, Musarara said, his company had “lost out financially” due to incompetence and criminality by some workers including Sanyanga.

“For the record, our company acted legally,” Musarara said in a telephone interview. “Sanyanga was fired due to gross incompetence,” he said.

“We paid US$2 500 for his medical expenses, including all the dues to relevant authorities such as Nssa, among others. Everything is above board,” Musarara said.

“We have proof against them in a court of law due to gross incompetence and stealing,” he said. Pressed to avail the proof of payment, Musarara referred The NewsHawks to GTC human resources manager Innocent Kavhu, who failed to provide the evidence.

Sanyanga said he paid for his medical bills. ‘‘GTC only paid RTGS$10 580 (less than US$100 by the interbank rate) at Chinhoyi Pro[1]vincial Hospital and another RTGS$11 600 at Parirenyatwa. I got US$60 in cash and it is not much than what they claim they gave me. I have receipts to prove it,” he added.

GTC Marondera-based coordinator Godfrey Chikawa denied Musarara’s allegations of poor performance on his part but instead accused him of “exploitation and underpaying” workers.

The payslip of one GTC coordinator for May in our possession reflects payment of only US$40 with a further US$10 for airtime, with no deductions for Nssa or Pay As You Earn (PAYE). We are in the red: Musarara Musarara revealed on a social media group chat that his company was performing badly financially and was in the red.

“Unfortunately, we reap what we sow and we need to pull together out of this debt,” Musarara said.

“The banks are not on our side,” he added.

For Karoi-based accountant Gift Batanai, hired on a monthly salary of US$100 by Sahara Leaf Tobacco, the situation was even worse. He worked for free for two-and-a-half months as the company never paid him and four other workers at the depot. Norman Tenjani for Leanrise Tobacco Company is based at the Harare Agricultural Show[1]grounds.

Sahara Leaf Tobacco and Leanrise Tobacco Company operate under one company with payments of employees and farmers handled by Leanrise.

Documents shown as part of the investi[1]gations revealed that the tobacco delivered by Sahara Leaf Company from Karoi and Bindura was paid for by Leanrise, the sister company. Sahara operated under Boka Auction Floors in Karoi.

Batanai said he committed the “crime” of demanding his right to be paid. He suggested that the company had an ambitious project for more bales to be delivered, yet it had failed to pay its workers.

‘‘Why can’t the company channel the resources towards payments of salaries to the staff members facilitating all this? As workers, we have gone for almost two months without salaries and yet we are expected to perform but the company is disbursing funds to purchase tobacco whilst we are going home hungry, footing to work daily. I have said this openly on this group after exhausting all the official channels of communication. We have families to feed,”

Batanai wrote on social media group that The NewsHawks gleaned as part of investigations.

He was dismissed from the company without being paid a cent. But Mutekesa denied allega[1]tions that the company owed its workers.

‘‘If there is anyone who claims that we did not pay them, he must produce a contract form as this is valid proof that he worked for us,’’ he said over the phone.

Part of evidence But Batanai argued that he was part of the evidence against Sahara Leaf Company over non-payment of his salary pegged at US$100 per month plus a performance-based bonus on a sea sonal contract from May to July. He left in July without being paid a cent.

“Asking for a contract that they availed you is part of their scandalous scheme to exploit contract workers,” Batanai alleged.

“They make you start work without a contract while promising that it will come at month-end. That way, you are hooked and continue reporting for work without valid documents. This is their modus operandi as they are taking advantage of the desperation of unemployment in the country.”

Investigations revealed that a total of nine workers at Leanrise had never been paid. “Leanrise Tobacco is owned by Rhonewell Danga, a former military intelligence officer using his political power and muscle in order not to pay workers,” Tanjani said.

“None of the nine workers were ever paid and I’m part of the evidence of the exploitation that we suffered at Danga’s hands,” Tanjani said.

But Danga denied the allegations. “The company does not owe any worker anything,” Danga said.

“We paid all workers, unless they were hired by regional managers and were paid on commission,” Danga said. Solution to exploitation Zimhondi advised all allegedly abused workers to seek legal recourse.

“For those who are aggrieved over non-assistance with Nssa, the authority is properly equipped to deal with defaulting employers,” he said. “On salary and wage conflicts, NEC Tobacco does not set the wage rates for co-coordinators but issued an instruction to all employers in the industry. If any of them have a grievance, they are always free to approach the NEC for redress,” he added.

The NEC provincial structures are ready to help to conduct hearings or receive submissions, by issuing out determinations.

Such determinations are binding on both the employer and the employee unless set aside by a court,’’ Zimhondi said.

“The NEC is doing the best that it can in terms of its mandate, which is collective bargaining, inspectorate services and dispute resolution as guided by the Labour Act and the constitution of Zimbabwe,’’ Zimhondi said.

Without a crackdown on the operations of tobacco companies, the sad reality of exploitation faced by thousands of tobacco contract workers across the country will continue unabated.

Second fiddle Africa clamours to be heard in world football