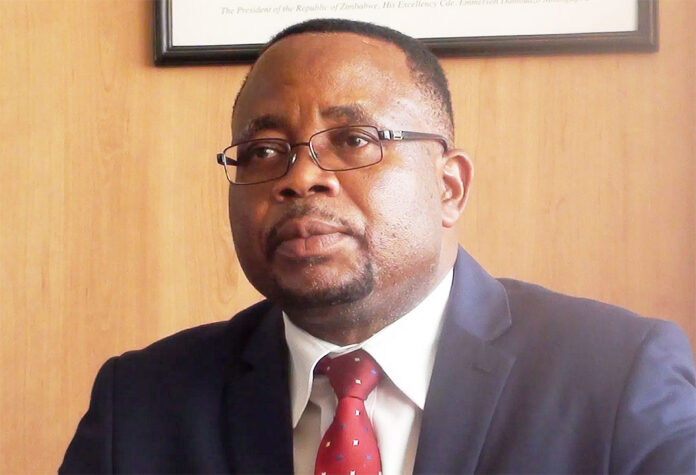 THE government is daring in pushing for the Private Voluntary Organisations (PVOs) Amendment Bill despite threats of job losses and the forfeiture of about US$1 billion in development funding this year, a move that has consequences for the already troubled economy, with the regime insisting the controversial amendments are good for Zimbabwe.

Observers including the United Nations and several rights groups have warned that Zimbabwe risks losing out on several fronts, including blocking the flow of much-needed aid to millions of desperate Zimbabweans in a country already reeling under the effects of hunger and a poorly managed economy.

The PVOs Amendment Bill entered into its second reading on Tuesday by the minister of Public Service, Labour and Social Welfare Paul Mavima (pictured), who said the Bill was meant to bring sanity in civil society sector, a claim immediately dismissed by critics who view it as part of a broader agenda to silence those flagging Zimbabwe’s human rights violations and corruption.

“This Bill will bring order into the PVO sector. It will make sure that there is clarity on how PVOs are registered, are supposed to operate, the specific mandates and geographical areas, the level in our country at which they are supposed to operate, be it at district, provincial or national level,” Mavima said in expressing how the controversial Bill was “good” for Zimbabwe.

If it passes in its form, the draft law will see severe government monitoring of the PVOs and criminalisation of some operations of non-governmental organisations.

The government’s overly stringent demands on the operations of the NGOs are likely to see the organisations succumb, with many leaving Zimbabwe.

There is a proposal for the establishnent of the office of the registrar of PVOs in the ministry of Labour and Social Welfare who will, among other tasks, consider and determine every application for registration and every proposed cancellation or amendment of a certificate of registration.

A lot of demands have been made in the proposed amendments that will see requirements of particulars as shall be prescribed, including information related to beneficial owners and persons in control of the private voluntary organisation.

The Bill also seeks to codify the refusal of donations from illegitimate or immoral sources whose legitimacy and morality, as defined by the government, is questionable.

The Bill will also force the organisations to use local banking institutions for their transactions, a proposal frowned upon by many who no longer trust the Zimbabwean banking system.

The PVOs Amendment Bill, as read this week in the National Assembly, also seeks to block NGOs from political participation, a move observers said was meant to cripple the operations of organisations mainly in the fueld of human rights advocacy.

The Bill will criminalise any private voluntary organisation that supports or opposes any political party or candidate in a presidential, parliamentary or local government election.

The offender, the proposed Bill said, shall be guilty of an offence and liable to a fine of level 12 or to imprisonment for a period not exceeding one year, or both such fine and imprisonment.

“A registered private voluntary organisation shall be guilty of a civil default if there is well-founded information available to the registrar indicating that it has not used formal channels (that is to say registered banking institutions or other financial intermediaries regulated in Zimbabwe or in any other state) for the transmission of its funds at every point from source to destination.

Veritas, an organisation that monitors constitutional democracy, said the Bill was unconstitutional, inimical to freedom of association, ill-conceived and badly drafted.

“It will stifle the activities of private voluntary organisations (PVOs) of all kinds and will put at risk the social and economic development they bring.”

Veritas says is has analysed the minister’s proposed amendments to the Bill and found that “they will not improve the Bill at all.”

The world is watching: Sikhala’s lawyer