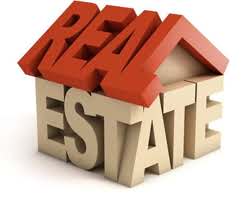 THE property industry continued to be the key driver for the insurance and pension industry in the third quarter of 2020 with the increases in asset base being attributed to the sector across the board.

MERLIN GARWE
Given the unstable economic environment, the property sector has been used as a hedge against inflation, although at some point it has also felt the heat due to currency changes.

The Insurance and Pensions Commission third-quarter report shows that increases in values in investment properties contributed to the growth of the asset base followed by investment in equities.
For the pensions industry, the asset base increased in nominal terms by 1 043.39% while it grew by 14.59% in real terms.

The increase in the asset base was mainly driven by an increase in the values of investment properties and quoted equities which accounted for 77.99% of the industry’s assets.

The property portfolio also continued to be the largest component of assets held by funeral assurers, with a share of 85.53% of the asset portfolio.

However, the commission urged the players to ensure their property investments are not encumbered so that they are admissible in assessing the capital levels as asset classes such as equities, cash and money market investments were held in very small proportions relative to the overall asset portfolio.

Fixed properties and equities constituted 74.38% of the total assets for life assurers during the period while in the short-term segment the increase in assets (by 21.63% in nominal terms) was mainly attributed to property revaluations, cash and cash equivalents and premium debtors which collectively accounted for 61.06% of the total assets.

Market watchers have in the past said this came as a vote of confidence to the real estate investments sector among other investment boutiques.

However, there has been some notable new stock investments in commercial property by the industry members with the growth being attributed to the periodic fair value adjustments performed by the property investment companies.

Lockdowns, not sustainable in the long run