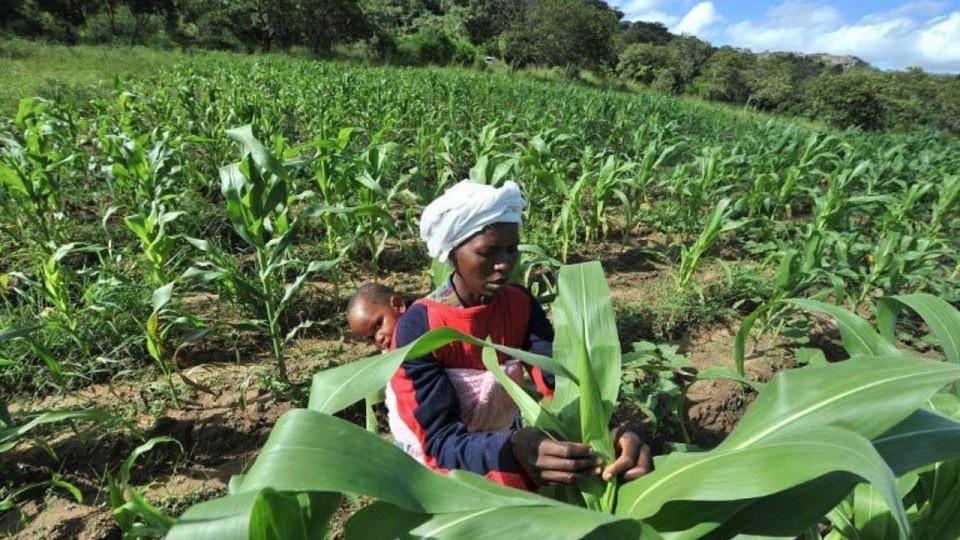 WE have a few maize farmers who have produced non-genetically modified organism (non-GMO) maize at a rate of 16-22 tonnes per hectare.

This is world-class productivity, right here in Zimbabwe.

Two of the top three elite maize producers in terms of productivity are indigenous black Zimbabweans. This fact tells us that there are general and thus replicable agricultural productivity fundamentals that are independent of polity and racial background.It is critical that we distil these fundamentals as conceptualised from the top Zimbabwe maize farmers. These lessons will be applicable to our national productivity aims as a country over and beyond agriculture.

Passion with knowledge
None of the top maize producers in Zimbabwe are part-time farmers; they are full-time farmers who put farming as their first economic pursuit. Some of them left promising careers together with their spouses to concentrate on farming as a full-time economic pursuit. This is the first and most critical factor that our agricultural strategy should consider very seriously.

It is a waste of resources to support people who have no passion for agriculture. Money cannot compensate for the inner drive to pursue farming. Criteria that leave out the trait of passion in terms of selecting participants in commercial agriculture will create land occupiers, not farmers.
This applies beyond maize farming to other economic sectors.

Enterprises will raise productivity if they are driven by leaders with a passion for the mission the enterprise exists to pursue. Passion drives producers to pursue goals that are beyond monetary gains, pushing them to pursue excellence.

This passion-with-knowledge issue is an area where populist industrial-scale programmes fail. If the government gives assistance to people who have no intention of running their productive ventures as full-time professional business enterprises, the result is heavy under-utilisation  and abuse of resources.

Production where the producer is shielded from normal business risks will not create an incentive to increase productivity in order to make a profit, simply because the producer is not dependent for his or her survival on the productive venture–to them it is a hobby.

Government needs to penalise hobby enterprising by removing the shield against normal business risks it (government) compensates for through various schemes.

If producers know that the government will not molly-coddle them, they will step up or exit the productive space to make way for more efficient producers.

The government should instead repurpose the funds towards research and development grants to promote creation of new knowledge and production techniques, creating and maintaining a competitive edge.

Technology investment
Elite maize producers in Zimbabwe make use of technology to ramp up productivity. It is a basic concept of economics that a nation’s  living standards and incomes are  raised through productivity and the most effective way to boost productivity is through the application of technology.

The United States’ per capita GDP is US$58 per eight-hour working day. This daily minimum wage rate is higher than the monthly gross wages of some civil servants in Zimbabwe.

In theory, it becomes impossible then to have wages in Zimbabwe in general that are above US$5 a day. The whole point of bringing this comparison is to drive home a fundamental point: we cannot expect to sustainably have higher incomes as a country if we do not ramp up our productivity.

The government’s Vision 2030 target of attaining an upper middle-income economy by 2030 implies that we expect average incomes to tick up in sympathy with rising productivity. One low-hanging contributor to raising national productivity is ramping up productivity in agriculture through technology.

The same argument applies to other sectors of the economy. Let us illustrate further with our top maize producers.

They use top-notch mechanised equipment and irrigation technologies. They are willing to pour money into acquiring and upgrading technologies to reach top maize yields. One of the elite farmers draws water from a source seven kilometres away using powerful pumps to supply water to centre pivots that irrigate over 1 000 hectares.

They spend a fortune to have their equipment programmed in South Africa to allow the machines to act with precision to avoid damaging their crops.

The idea applies to other economic sectors of Zimbabwe–it is a productivity imperative that needs to be driven by better technology, purchased or proprietary.

Technology does not have to  be extremely advanced. The concept is that technology is a new way of combining resources to achieve more output with the same resources.

Pfumvudza techniques qualify as technology because land, labour and capital are combined in a better way to raise maize yields by factors as high as 24-32 times.

If one looks at the non-mechanised nature of entry-level Pfumvudza and concludes  that it is a backward method, it is to miss the nuances of the concept of technology. Productivity gains can also come by way of value-adding  to raw products; that, too, requires technology.

These farmers are not satisfied by  being the best in Zimbabwe–they aim to reach the world-class levels.

This changes their outlook and mindset; they constantly benchmark with the emerging standards of excellence in every sphere of their operations. This is the way every producer in Zimbabwe in every economic sector ought to be thinking. Mindset dictates behaviour.

This can be done in steps by first aiming to beat national standards and norms of productivity and then producing to benchmark with the best in  the region and then globally.

Mediocrity should not be allowed to set in  our national psyche. This country is blessed with abundant and diversified natural resources yet we rank 162 out of 186 countries in terms of per capita GDP.

This is despite the fact that we often parade ourselves as having one of the most educated labour forces in Africa and having abundant natural resources.

We have countries with limited natural resources that out-produce Zimbabwe by many multiples. Let us take the Netherlands as an example. It is a country with a serious constraint of land and has a less favourable climate than Zimbabwe for farming.

The irony is that the Netherlands produces agricultural goods and services that are five times the size of the Zimbabwean economy. What makes the difference? The Netherlands resolved to pursue an agricultural productivity agenda based on a dedicated focus on technology to overcome their natural resources constraints.

It is a matter of a firm commitment to pursue a productivity agenda based on existing top off-the-shelf technologies, without having to develop our own proprietary technologies.

This is what will really transform this economy; all constraints to productivity gains, whether they be bad political choices or wrong mindsets, need to be addressed.

Covid-19 conspiracy theories amongst black groups: The case of Zimbabwe