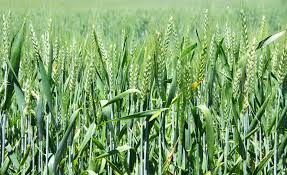 THE 2020 winter production was entirely funded by private players and the improvement in both gross output and productivity (yield per hectare) has been very significant.

Government  set an average target of 5.2 tonnes per hectare (ha) for the 2020 winter wheat production, a 30% increase from an average of 4 tonnes per ha.

As at the beginning of December, 190 000 tonnes had been delivered to the Grain Marketing Board (GMB).

The Agriculture ministry projects that 200 000 to 220 000 tonnes of wheat will be delivered. This output exceeds the post-land reform programme’s highest ever delivery of 164 000 tonnes, an improvement of 15.8%.

When the winter wheat programme was launched in April, the national target was set at 416 000 tonnes.

The policy to have wheat farming being privately funded was the right move.

Although the government still has provided guarantees for the loans farmers got from commercial farmers who were formerly under the Command Agriculture scheme, the move seems to have attracted better farmers as the average yields have improved by between12.5% and 23.7%.

It is still short of the differentiated productivity targets of 6 tonnes per ha set for the contract farming growers.

What is worrying is the 80% shortfall on the total hectarage target.

More work needs to be done to incentivise farmers to increase the land under winter wheat–this entails assistance with developing and upgrading irrigation infrastructure.

If secure land tenure were to be given, more farmers with an agri-business perspective would be more willing to take the risks associated with winter wheat production.

Increased wheat production will generate some import savings. At US$198 per tonne on the world market, the 200 000 to 220 000 tonnes projected wheat deliveries to the GMB, import savings of between US$22 million to US$26 million will be gained over last year’s figures.

Granted, the type of wheat we produce here in Zimbabwe is not suitable for certain confectionery needs, the savings that will result by way of improved wheat output through import substitution is significant.
We can learn from the world’s most productive wheat producers.

The world’s most productive wheat-producing nations have a mixture of freehold and leasehold land tenure.

These two types of tenure engender security of investment, not because of the type , but as a result of trust in the policy framework that has a track record of years of consistency.

Trust restoration is critical in further boosting and sustaining private sector-anchored funding for production–it will attract more skilled producers who will have enough confidence to invest long-term.

The most productive wheat-growing nation is New Zealand, at 9 tonnes per ha. There are nuances to be noted.

The top yields per ha for maize as per the current global production records happen over a lower hectarage.

This is largely due to the skill and knowledge Zambia gained from former Zimbabwean farmers.
Namibia produces its 6 tonnes per ha on 1 000 ha.

Saudi Arabia produces its 6 tonnes per ha over  120 000 ha; this is due to its high-tech methods enabled by petro-dollars.

Switzerland achieves its 6 tonnes per ha over 90 000 ha; this is as a result of a combination of high-tech and a relatively small area.

Chile produces its 6 tonnes per ha over 230 000 ha; this is due to the natural grasslands, accumulated knowledge and modern technology.

China produces its 6 tonnes per ha from 23 730 000 ha; this is testament to its traditional expertise in grasses, combined with high tech and research.

A competitive investment environment supported by a highly trusted property rights regime will attract the right brains and technology.

Egypt achieves its 6 tonnes per ha over 1 370 000 ha; this is a result of abundant irrigation, accumulated knowledge and research.

Security of investment underwritten by a renewed bond of trust will attract long-term funders to undertake critical infrastructural development such as irrigation.

Private risk takers have the incentive to maintain irrigation infrastructure to keep their agricultural assets in top condition.

The greater role of the private sector in the broader agricultural funding matrix is critical.

Zambia can particularly be a good benchmark. Zambia has a leasehold system of land tenure – it is accepted as a basis for lending.

We need to learn from the Zambians what makes their leasehold system work. From New Zealand we can learn how they manage to produce 9 tonnes per ha with almost the same hectarage we used for wheat in 2020.

With the right policies that underwrite security of investment, the wheat production sector in Zimbabwe has the potential to improve both in terms of total output and productivity.

The shift to private funding for the 2020 wheat production has shown how allowing the private sector take the lead in supporting agribusiness can raise both output and productivity.

HawkEye: Zim should go back to the basics

Long Read: Exploring the idea of reinventing the intractable Zimbabwe into the future