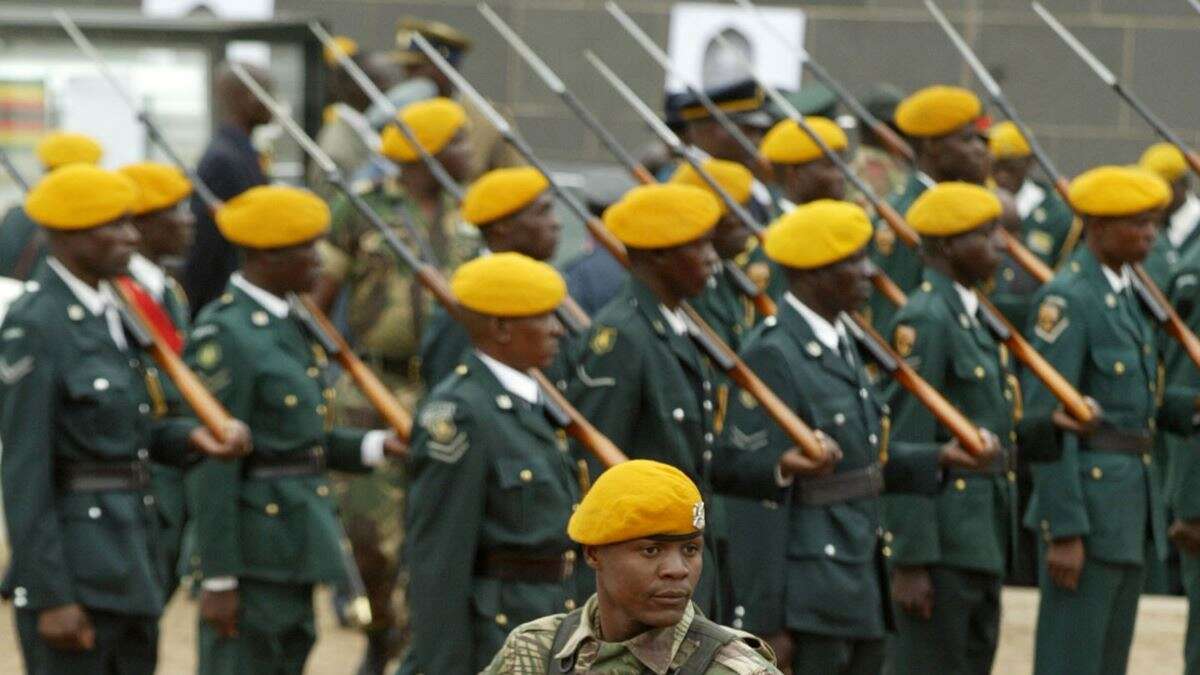 PRESIDENT Emmerson Mnangagwa last month made drastic changes to his security team after nearly 20 soldiers from the Presidential Guard Brigade, including some that were deployed to his motorcade, tested positive for Covid-19 a few days before the arrival of his visiting Malawian counterpart Lazarus Chakwera, The NewsHawks can reveal.

Zimbabwe has in the past few weeks recorded a surge in deaths related to the respiratory disease after the authorities in Harare eased regulations to contain the pandemic at a time some countries in the West have reintroduced lockdowns. Most of these fatalities have been recorded in the country’s second largest city, Bulawayo.

The yellow beret military personnel from Dzivaresekwa provide security to the head of state when he travels outside the capital to places such as his Sherwood Farm in Kwekwe. “Some officers who form part of the team, including the dreaded rifle-wielding soldiers in the Land Cruisers, tested positive. This posed a big risk to everyone on the motorcade.

To deal with the situation, 2PG (2 Presidential Guard) had to provide security,” a source from the Health ministry told The NewsHawks. The drastic security changes came less than three years after Mnangagwa rotated the security personnel in the Presidential Guard Brigade after the 2017 coup.

Soon after the coup, Mnangagwa appointed former Presidential Guard commander Nhamo Anselem Sanyatwe to serve in the diplomatic service in Tanzania. Sanyatwe, a key military officer who played a critical role in the ouster of long-time leader Robert Mugabe, was replaced by Fidelis Mhonda.

Following Mhonda’s appointment, commissioned and non-commissioned officers from 1 Presidential Guard Barracks were moved to the Dzivaresekwa Barracks in what many security sources said was an unprecedented move.

The then commander of 2PG, Samson Murombo, was deployed to 1PG before being briefly appointed Mnangagwa’s Aide de Camp.

Sources further said cases of Covid-19 have in the past few months been detected at the Robert Gabriel Mugabe School of Intelligence in Msasa Park, Harare, where over 50 security service personnel tested positive. A few months ago workers at Zanu PF headquarters, including high-ranking officials, were forced into self-quarantine after many people tested positive to the disease which has posed a threat to global peace and security. – STAFF WRITER