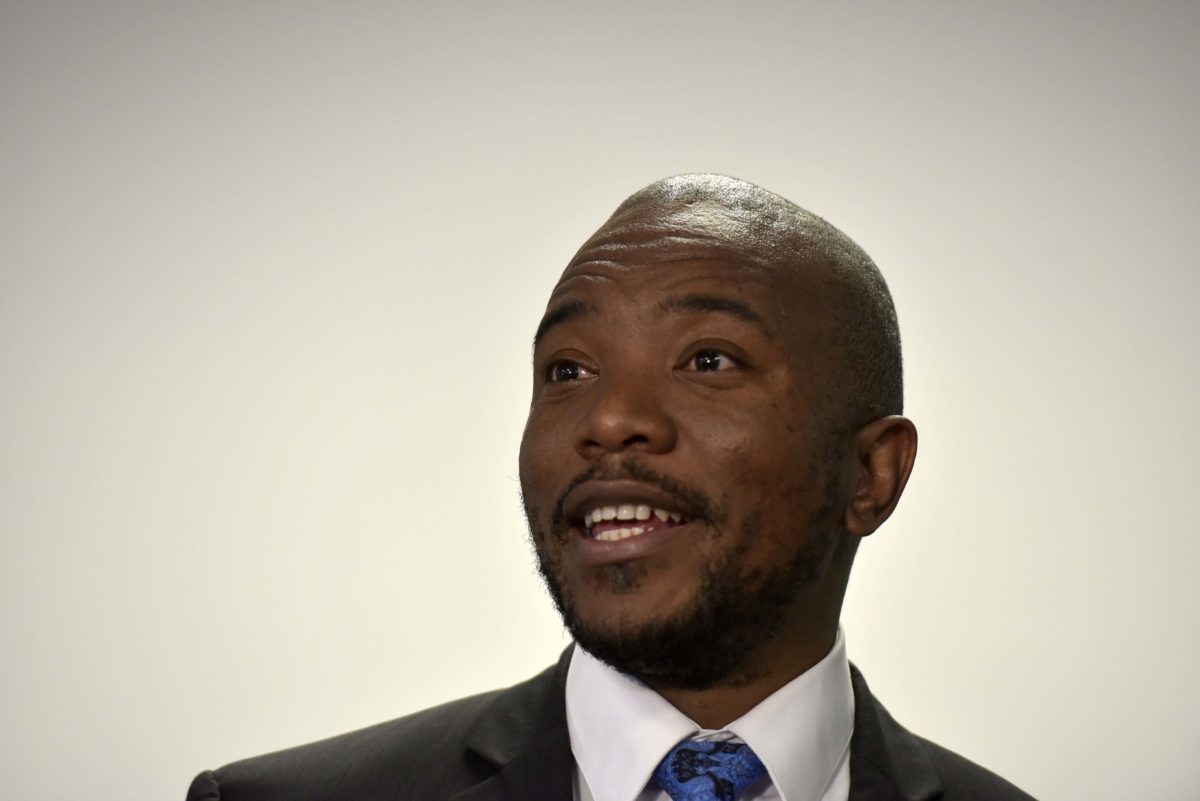 SOUTH Africa should team up with regional groupings including Sadc to ensure Zimbabwe’s 2023 general elections are not rigged and the observers do not endorse a flawed process as happened in the past, South African opposition leader Mmusi Maimane (pictured) has said.

In an exclusive interview with The NewsHawks over the continued immigration crisis in the neighbouring country that plays host to millions of Zimbabweans who are mainly political and economic refugees, the leader of the One SA Movement said the immigration crisis in South Africa will be solved if a strong position is taken against repression and human rights violations in Zimbabwe.

This comes as a group in South Africa has mounted protests under the Operation Dudula banner against undocumented citizens, demanding the immediate deportation of Zimbabweans and other nationals for allegedly “stealing” their jobs.

Maimane said it was critical for South Africa and the regional blocs to first deal with the problems across the borders, including in Zimbabwe where he accused President Emmerson Mnangagwa’s regime of human rights violations and economic mismanagement.

“The bottom line is that we cannot address the Zimbabwean migration trends without dealing with the political issues that created this pattern of human flow. The reality is that the Mnangagwa regime is a continuation of the (late former president Robert) Mugabe regime and it is an illiberal government which has killed civilians and violated their political rights,” the former Democratic Alliance leader said.

He said a free and fair election that is credible will go a long way in addressing a myriad of challenges Zimbabwe was facing.

He said this would allow its people to return home and investors to invest in the country again.

“The systemic oppression of the people of Zimbabwe has been ongoing fundamentally because of the conduct of the Zanu PF party. An unfavourable business environment has been created and this has led to an exodus of investors and an unattractive environment for entrepreneurship and development,” he said.

He said the government’s continued control of state media, intimidation of opponents and subversion of elections has led to a suppression of the democratic will of the people hence many were fleeing to South Africa.

Maimane said preparations by South Africa and other countries for a free, fair and credible elections, starting with the 26 March by-elections, should begin now.

“An election does not become unfair only on voting day, a favourable environment has to be cultivated well before the elections. This means equal access to state-owned media, this means opening up the voters’ roll to robust scrutiny, this means allowing for registration (of voters) and participation of all citizens of Zimbabwe.”

In the absence of this, Maimane said, South Africa must not endorse the outcome as the playing field will not be level.

“If this is not done in the by-elections and in the 2023 elections, then this is something that must not be endorsed by South Africa. Objective criteria exist for assessing an election, the African Charter is very clear. We must avoid the mistakes of 2002, 2008 and 2018 where South Africa contributed to giving a veil of legitimacy to an election that was not free and fair,” he said.

“South Africa must send observers to these elections who are rigorous, meticulous and well trained. Observers who are committed to making sure that the elections were indeed free and fair.”

He said the South African ministry of Home Affairs must ensure adequate documentation to establish the real number of Zimbabweans in South Africa and other immigrants.

“It is unclear how many Zimbabwean nationals are currently in South Africa, this is something that comprehensive documentation will enable us to resolve,” Maimane said.

He said South Africa must also support diaspora voting for Zimbabweans scattered around the globe, including in the neighbouring country, to be allowed to participate in democratic processes.

“This is something that South Africa already allows its own citizens. If you are a citizen of South Africa, living and working in another part of world, you can still participate in your democracy, your vote is still given expression because a vote is a fundamental part of personhood and dignity.”

“Overseas voting is important to solving the problem of captured democracy in Zimbabwe. Those who left did not abdicate their democratic rights and in many instances they were forced to leave by an atmosphere of violence and repression.”

“When discussing the immigration challenge that is facing South Africa there are two areas of focus that matter: firstly documenting undocumented immigrants so as to clarify their status in South Africa,” the former Democratic Alliance leader said.

“Secondly, dealing with the root causes of migration, in the Sadc region weak institutions, human rights violations and oppressive regimes have made South Africa the most accessible sanctuary.”

Millions of Zimbabweans are reportedly in South Africa and scattered across the world as political and economic refugees.

Although South Africa has been instrumental in trying to address the crisis in Zimbabwe — with the governing African National Congress sending a high-powered delegation last year to engage the Zanu PF leadership — there is a sentiment that more can be done to rescue the long-running crisis.