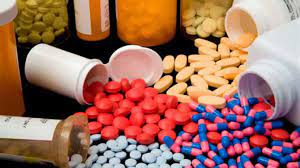 A NEW report has revealed that some government-employed pharmacists are running smuggling rackets and use their influence to evade border controls.

In a report titled: Infamous by Design: Illicit Finance in Zimbabwe, PACT, a global civil society organisation, said the practice by public officials was putting people’s lives at risk as some of the drugs were fake or sub-standard.

“The fallout from the economic crises created conditions for an overwhelming demand for affordable medical drugs, which formal public and private health institutions have been unable to meet through legal means,” the report notes.

“This incentivised retail pharmacists to seek the cheapest possible medication to keep their businesses afloat. Smuggling became one illicit solution to this problem, and smugglers were readily able to meet the pharmacies’ demands, often involving actors outside the public health system, such as informal traders. We also found that some government-employed pharmacists run smuggling rackets and use their influence to evade border controls,” the report reads in part.

PACT said the local pharmaceutical industry ranks drug smuggling as one of its top-four challenges and estimates that one in five drugs consumed that are procured through the national health system, worth an estimated US$60 million per year, was smuggled into Zimbabwe.

“Throughout our research, health system providers, users, and observers consistently described pronounced material and equipment shortages that have a direct or indirect impact on quality of care and use of the system,” it said.

The organisation said most drugs have some storage requirements and were potentially similarly affected when moved illegally, especially if they were transported alongside other goods, such as stockfeed and fuel.

“For example, one health expert noted that ‘some life-saving drugs like insulin are very sensitive to temperature and the conditions they are smuggled under are likely to deactivate them which poses a real danger of death for the patients who use the drugs’.”

“Other drugs could be fake or sub-standard, posing health risks for users. Beyond these serious consequences on health outcomes, smuggling distorts the health sector by undermining the pharmaceutical industry, tax-paying manufacturers, and registered importers of drugs,” the report said.

The report says health contracts hold the potential for graft. Zimbabwe’s 2019 national budget shows that in 2018 the government spent US$104 million on public procurement in the health sector, equivalent to 0.4% of gross domestic product.

“Efforts to redirect some of that money through patronage networks and into the pockets of the political elite grabbed global headlines,” it said.

In response to the Covid-19 pandemic, the government sought to procure medical supplies and equipment valued at US$60 million and awarded a sole-source US$20 million contract to Drax Consult SAGL, a new company whose only line of business had been government tenders.

Drax charged the government double the market price for medical supplies, leading to the Health minister Obadiah Moyo being dismissed and charged with corruption, a rare rebuke in a political system where the well-connected often are shielded from sanction. Zimbabwe’s economic collapse in the aughts seriously damaged health service delivery as the government could no longer maintain and improve infrastructure or pay public health workers adequately, while citizens, struggling with hyper-inflation and high unemployment, were no longer able to afford insurance.

The International Monetary Fund (IMF) recommends that a country should have enough foreign currency reserves to cover at least three months of imports. In 2018, Zimbabwe had enough for three days.

Worse still, the report notes, Zimbabwe has a poor credit rating and most reputable suppliers are unwilling to offer the country’s government or companies any credit lines to import medicine or accept payments in local currency.