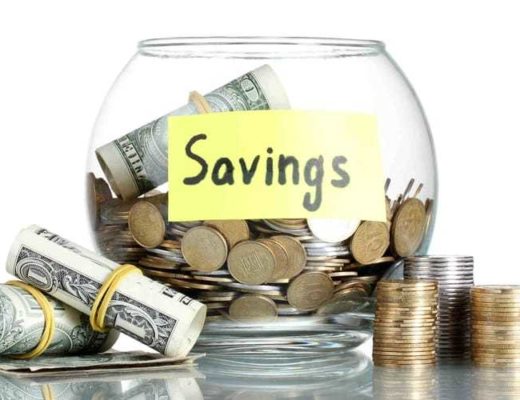 THE odds of a woman in Zimbabwe starting out are stacked heavily against them.
How can a woman deal with the following pressures?

Earning below the poverty datum line or is dependent on other family members or has no regular income?

No capacity to acquire land in the foreseeable future due to low savings or no savings?

Not having had a priviledge to be trained at home about the importance of the dignity of manual labour and vocational skills?

Facing time pressure, six days of hard work where they are employed, study in the evenings and rest on just one day or get no rest and no time to engage in productive personal projects or manual labour?

Sees  non-manual labour as the first step or only step for their financial breakthrough?

Here are some principles and their application that can assist a woman struggling to start out in life due to difficult circumstances.

The applications of the principles put out below are not prescriptive but illustrative.
————————————–
Dear sister and daughter

My sister and daughter, I speak to you from the heart of a  brother and dad who wants you to succeed in life.

Allow me to share with you some ideas from the Bible.

First,  my sister and daughter, the education system started by God in Eden shows that production is the early childhood development (ECD) level.

This is a powerful plan from God. Adam, God’s first human child, was trained in production before he could advance academically.

You ask me how that is so. The naming of animals in Genesis 2:18-20 is advanced intellectual training. It came after God put His son Adam through production training.

This idea was distorted by the influential Greeks of ancient times. Plato, one of their iconic philosophers, taught that manual work, which he called “techne banausike”, was for the lowly in society who were intellectually challenged.

He said technical skills were not knowledge at all. He taught that true knowledge was intellectual.

My sister and daughter, you are familiar with the image of Daniel 2 that predicted the succession of world empires emanating from what is now the Middle East and from Europe.

The Grecian empire was followed by the Imperial Rome. The Romans inherited the teachings of Plato on education. They went a step further and structured their society according to class.

At the top of their society,  manual work and vocational skills were looked down upon. Manual work was for the slaves and the free men (emancipated slaves).

My sister and daughter, you know from the Daniel 2 image,  Imperial Rome fragmented  into 10 divisions, with 3 of the nations later uprooted circa 6th century (AD). Seven remained.

You know, my sister and daughter, that one of the surviving nations from the 10 are the Anglo-Saxons. The Anglo-Saxons in the form of the British empire colonised our very country, Zimbabwe.

My sister and daughter, if you ask your grandfather and grandmother they will tell you about the F1 and F2 education streams in Rhodesia.

This is why technical colleges were separated from universities and are still separated even today. My sister and daughter, you know very well, after Independence,  the “academically gifted” were asked to drop practical subjects and were streamed into Sciences,  Arts and Commercials. Plato still rules from the grave.

They wanted to break free from the restrictions to think freely placed by the religio-political system of the Dark Ages that held the minds of Europeans in a vice-like grip.

They clamoured also to be like the upper classes of the old Roman Empire, who did intellectual work only and no manual work.

This intellectual liberation is what birthed the liberal arts movement and the liberal university that has survived to the present.

This is how academic work that remotely resembles practicality came about. My sister and daughter, practical subjects were shunned from the universities because they were associated with the oppressed classes of Rome.

My sister and daughter, this poison came to us here through the education system copied and pasted by the colonial regime.

My sister and daughter, I bring hope and liberation of minds and souls to you. You have to fight your own liberation war to free yourself from the shackles of a philosopher who died over 2 000 years ago. Be ruled by the mind of Christ who died 2 000 years ago.

My sister and daughter,  here is how you can successfully fight the war for your minds and souls.

The Bible teaches in Genesis 1:11,12 about seed and fruit. The Law of the Seed is this: a single tiny seed can bring out a tree, an orchard and even a plantation.

God designed  that plenty can start from the tiny. My sister and daughter, from any income you get, be it pocket money, a gift or salary, no matter how small the salary is, there is seed in it — do not chew this seed.

Chewing the seed is a sure way to remain under the shackles of poverty and financial stress.

My sister and daughter, stop measuring money in rands and dollar terms. Measure money in terms of orchards, goats, cows, and so on, chewed away by eating seed.

We need to work around this to establish the correct position. You say you have no land, my sister and daughter?

Let me say you do have the land. Where you are staying,  you can create space for 5 to 10 pawpaw trees, hybrid variety. One hybrid pawpaw tree costs US$5.

This you can raise by exercising the Law of the Seed. You can make compost, my sister and daughter.

The rains have caused thick vegetation to grow. You say there is no space at home to accommodate compost. Your church has plenty of ground. Talk to the leaders of your local church to grant you space to do compost.

Dig using isimbo/mugwara, holes that are 45cm deep and 30cm wide. The distance between two holes must be two metres.

Fill each hole with compost.
My sister and daughter, sleep at 9.30pm. Wake up at 3am, pray. After that,  dig just one hole per day. It will take you not more than 20 minutes to dig that hole. Do your studies after this.

You can sell these at US$1 to US$2 per fruit, depending on the weight. Do your math, my sister and daughter; how much will you likely get if you do five such pawpaw trees in  your tiny yard?

My sister and daughter, you say you have no capital to start something. You do. Let me show you how.

You are a member of clubs where you contribute so that you buy groceries in bulk. Some of you play pool money through “rounds” to buy pots and cutlery.

You can form a club with other women to do rounds to raise funds to do multiplication projects such as the pawpaw project I wrote about above, road runner chickens, goats, or flower nurseries,  for example.

You can form birthday asset clubs where you team up with others such as your friends or family members.

You make small monthly contributions and, when a  birthday comes, you give the person, say, US$50 and tell them to buy an asset that multiplies such as goat, fruit trees, or road runner chickens, for example.

My sister and daughter, in the Bible a winepress was located in the vineyard so that grape juice would be made from grapes.

This is the idea which today is given the fancy name value-addition. You can adapt this idea; groundnuts to peanut butter, tomato to tomato puree, pawpaw to pawpaw juice, milk to amasi, for example.

My sister and daughter, you night be inspired now and raring to go. I need to tell you about the Law of School Fees.

Law of School Fees
We have not shared this before here. I share it when I present on financial management and wealth creation.

The Law of School Fees says: If you go into a project with little or below-average knowledge,  you are assured of heavy losses. These losses are school fees one is paying to get knowledge.

How do we reduce school fees?
(a) Start with a pilot project with, say, a few crops. This is a planned school fees project. You are going in there to learn,  not to make a profit. For example, start with just 200 tomatoes. Many break this point and start with a large number of plants. Exception: You can start with a large number of crops if there is a full-time hands-on person who has extensive knowledge in that particular crop and has done it at the scale you intend to do.

It takes at least three years to begin to master a crop. There are no short cuts. Do not expect a profit or consistent profit before your full fees for this three-year course are completed.

(b) Look for a mentor. If you are into tomatoes, look for a tomato specialist who has paid his or tomato fees in full. Do not go to a successful cabbage farmer but who has not paid in full their tomato fees. The same applies to a farm manager. If you are into tomatoes,  get a manager who has fully paid their tomato fees in the field proper. If he or she is good at cabbage, do not hire them for tomato — they will pay their fees using your tomato.

(c)  A new method, new technique,  new variety,  etc, needs piloting first before scaling up. For example,  if you want to do organic cropping, start with 10% of the crops organic (that is your organic farming school fees). Once you pay my organic ECD fees, you can  increase to 30%, until I get to 100%.
My sister and daughter, last but not least, we need to talk  about the Law of Management.
The Law of Management is derived from Genesis 2:5. It says:
“before any plant of the field was in the earth and before any herb of the field had grown. For the LORD God had not caused it to rain on the earth, and there was no man to till the ground;”(Genesis 2:5, NKJV).

The word “till” can also be translated to “manage”. God wanted the plants to be subdued (to be made productive to their best potential) by the manager.

The Law of Management is this: When there is no manager, plants and herbs will disappear. Nothing more, nothing less. God, at the planning stage, first put a manager before He brought plants of the fields and herbs into existence. He only brought the plants of the field and the herb because He had already made up His mind that He would appoint a manager.

The rate of  disappearance  of your field is in proportion to the rate of absence of the manager. Absentee management is no management.

My sister and daughter, the Bible says in Proverbs 24:27 “Prepare your work outside; get everything ready for yourself in the field,  and after that build your house.”

My daughter and son, I am willing to mentor you on how you can manage your pawpaw project and what other paths of growth you can create from your pawpaw experience.

Your loving brother and dad,

About the writer: Brett is a management consultant and a classic grounded theory researcher who has published research in an academic peer reviewed international journal. He can be contacted through email: [email protected]

Tinkering with symptoms while the economy burns