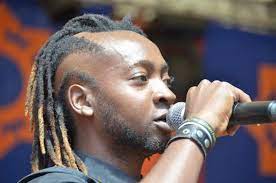 The K-pop and dance-pop song refers to a lifestyle associated with Gangnam district of Seoul, often known as the Beverly Hills of Seoul.

The song received mixed reviews, with praise for its catchy beat and Psy’s amusing dancing (which has itself become a phenomenon) in the music video and during live performances in various locations around the world.

The song and its music video went viral in August 2012 and have influenced popular culture worldwide.
In the United States, Gangnam Style peaked at number two on the Billboard Hot 100.

By the end of 2012, Gangnam Style had topped the music charts of more than 30 countries including Australia, Canada, France, Germany, Italy, Russia, Spain, and the United Kingdom.

According to Discover Music, an online magazine, Gangnam Style music video was shot in a mere 48 hours and stuffed with a host of well-known South Korean celebrities to ensure local success.

Seven-year-old Hwang Min-woo, whose dancing had proved a sensation on television talent shows, was brought in to add his distinctive moves along with comedian and TV host Soon Jae-suk (who dances alongside Psy in a yellow suit).

In September 2012, Gangnam Style was recognised by Guinness World Records as the most “liked” video on YouTube at the time.

It subsequently won Best Video at the MTV Europe Music Awards. It became a source of parodies and reaction videos by many different individuals, groups, and organisations.

On 21 December 2012, Gangnam Style became the first YouTube video to reach 1 billion views.
Wikipedia says as of 27 July 2021, the video had more than 4.1 billion views.

And then, of course, there was the “horse dance” itself. Psy had already built a reputation for his memorably silly dance moves. Keen to give his fans something unique, he and his choreographer spent a month coming up with Gangnam Style’s signature horse trot and lasso spin.

Just across the Limpopo, we had the massive hit Jerusalem by Master KG featuring Nomcebo Zikode which reached totemic levels.

A remix of Jerusalem featuring the Nigerian Afro-beat megastar Burna Boy also scaled the dizzy heights.
The lesson learnt is that music has the power to bring people together and transcends generations and borders. The two songs are devoid of any partisan politics, they are just pieces of music.

Not only was the song promoting partisan politics, but also failed in its bid to unite a nation in more ways than one.
Zimbabweans find themselves more divided than ever, simply because of the lyrics of the song.

Koffi Olomide mumbles the words “ED Mnangagwa Number 1”, much to the bemusement of music fans, mostly from the other side of the fence.

The brickbats that rained on Twitter were stark evidence of a divided and polarised country.

The song could have been a great hit had Koffi Olomide steered clear of partisan politics.

While it is typical of Koffi Olomide to shower praises on his paymasters in songs, the problem was that he messed up what could have been a great number.

And now the song is more like a jingle or rather campaign song ahead of the 2023 general elections.

That said, the song was pathetic as a propaganda piece because the message was so open to the extent that the Congolese failed to excite fans as he normally does in his videos.

Usually, propaganda messages should be subtle, leaving room for people to think through it. A good example is the album Vhunze Moto by the legendary superstar Oliver Mtukudzi.

The messages on the album are loaded and packed like nuggets of advice. The album is about Mtukudzi’s critique of the 2000 chaotic fast-track land redistribution programme. Although the messages were subtle, Tuku as he was fondly called, made it easy for people to read between the lines.

But Koffi Olomide went all out dancing lackadaisically in the video that also features raunchy dancer Beverly Sibanda as well as Ginimbi wanna-be — Passion Java.

And for all that Koffi Olomide was paid handsomely over and above his executive flights to and fro Harare as well as being wined and dined.

But for Roki, whose real name is Rockford Josphat, the story is quite blurred.

While he and fans alike went to town that he broke his own record as only 48 hours after its release on YouTube, Patati Patata had streamed over 2.1 million views.

In July, Roki’s previous hit Uchandifunga streamed 2 million views in only two weeks, a first for locally based artistes.

Sadly, Roki does not own full rights to his music. That video appears on Passion Java Records YouTube channel.

Secondly, while he celebrated a million views milestone, the royalties are being paid to Passion Java Records, his record label.

And lastly, Roki’s much-hyped comeback is already in jeopardy as his latest single Patati Patata, which has been christened “Patight” in street lingo, meaning tough times, has created more enemies than fans for him.

That he is one of the talented musicians from the urban grooves era is not disputed, but the fact that he sold his soul for an old Mercedes-Benz E Class vehicle is a pity.

Roki could be earning big money on his own without making himself vulnerable to opportunistic political handlers.

But he took the shorter route by signing up with Passion Java Records.

There are many artistes whose careers ended because they chose to sing not for the people but for politicians.

For instance, the likes of Tambaoga, Simon Chimbetu and Andy Brown whose twilight came too soon. In this country, history has shown how tricky it is for singers to chant political slogans.

Whatever contract Roki signed with Passion Java Records is unlikely to end well. In fact, it could end in tears!

Songs of Lozikeyi – the musical – set for world tour!