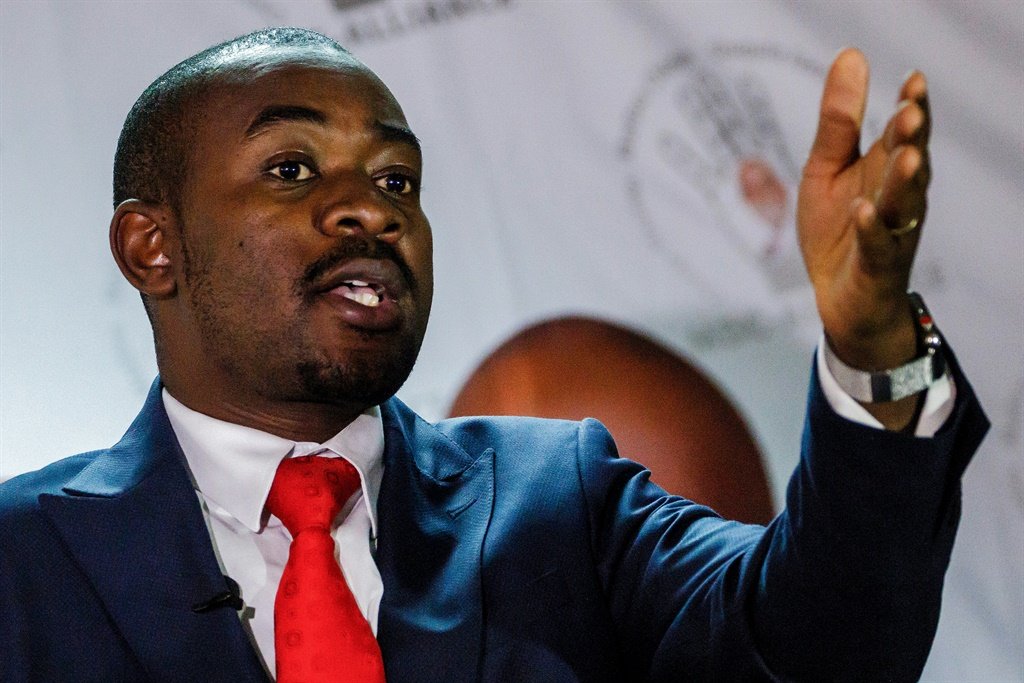 POLITICAL violence that reared its ugly head again on Monday in Masvingo against main opposition MDC Alliance leader Nelson Chamisa (pictured) and his entourage could be a precursor to what Zanu PF is prepared to do to stay in power ahead of the 2023 general election, analysts have said.

Disturbing video footage of a group of about 200 Zanu PF placard-wielding supporters denouncing Chamisa for the sanctions imposed on the country by the West followed by damaged vehicles and injured opposition supporters is a worrying sign in a polarised political climate.

Zimbabwe has a bloody history of violent elections. Politicsl parties such as PF Zapu and the Edgar Tekere-led Zimbabwe Unity Movement have borne the brunt of Zanu PF violence, just like the MDC which has been on the receiving end of state-sponsored violent since 2000.

Monday’s events, while unfortunate, are not surprising as Zimbabwe’s political arena has once again failed to show tolerance of divergent views.

The MDC has been on the receiving end of brute force from Zanu PF, with 2008 being the peak of politically motivated violence in Zimbabwe where some opposition supporters were killed, maimed, raped and tortured, while others were abducted after the founding MDC leader Morgan Tsvangirai outpolled the then president Robert Mugabe in the first round of the presidential elections, but failed to garner enough votes to oust the strongman, amid rigging claims.

Video footage showing Zanu PF foot soldiers blocking Chamisa and his entourage shows that the ruling party has gone for broke in its bid to prevent the opposition from charming rural voters. Chamisa’s entourage was stoned, resulting in people being injured, while vehicles were damaged.

While the MDC Alliance is looking to garner six million votes, the bulk of which are rural votes, Zanu PF-contrived tension in rural areas will make it difficult for the party to achieve this feat.

“The reason why we have blocked the road is that we heard about Chamisa’s coming. We do not want him. He is not allowed to enter Masvingo West or the Charumbira area,” a Zanu PF activist said to a cheering mob.

The deliberate ploy to block the opposition from engaging communities is likely to play out when campaigning begins ahead of 2023.

While this is happening, Zanu PF has unlimited access to the rural areas, with traditional leaders already on the campaign trail, using food aid as bait. Zanu PF has also completed its restructuring exercise at grassroots level despite stopping the opposition from holding meetings under the guise of enforcing Covid-19 restrictions.

In familiar fashion, Zanu PF denied responsibility fir the violence, saying Chamisa wanted to impose himself on an unwilling crowd.

But political analyst Ibbo Mandaza said: “This has been a tendency of Zanu PF to use violence ahead of an election. Before the coup, the military was used in the rural areas. The question is whether the military is still in the community.”

Mandaza said although politically motivated violence was not widespread, Masvingo scenes were an ad hoc response to an opposition largely viewed as a threat ahead of 2023.

“Chamisa is still a threat,” Mandaza said, adding that the MDC Alliance, despite its unforced errors, had been emboldened by recent assaults against the party by former party secretary-general Douglas Mwonzora who ordered wholesale parliamentary recalls. What has emboldened Chamisa is that Mnangagwa is unelectable,” Mandaza said.

Mandaza said what happened in Masvingo could be a reflection of factional fights where, “some factions are out to embarrass Mnangagwa.”

“It would be interesting to see what happens in other provinces. Depends on how coordinated it is across the provinces,” he said.

Chamisa says attacks on his party by Zanu PF supporters and activists during his visit to Masvingo province show “the last kicks of a dying and going horse”, as Mnangagwa faces electoral defeat in 2023.

“Mnangagwa knows the truth: We can defeat him in elections anytime anywhere, whether in Masvingo, across Zimbabwe, on the mountains, over the seas, during the day, night, in space or on another planet. So long as the elections are free and fair, we win big time. He has no chance,” he said.

Political analyst Stephen Chan said while it is too early to predict what could happen in 2023, Zanu PF will have to employ other sophisticated tactics to prevent the opposition from mobilising in the rural areas.

“Nelson Chamisa had targeted the rural areas for a fresh electoral drive and this visit was part of this. The violence was clearly clumsy and of course was filmed — so there is no denying it took place. It is far too early to predict what tactics Zanu-PF might use in 2023, but they will have to be a lot more sophisticated than what evidently happened in Masvingo,” he said.