IT was only natural that the end of Robert Mugabe’s era would usher in a re-assessment of Zimbabwe’s foreign policy. 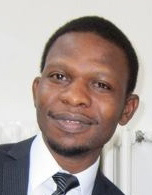 Emmerson Mnangagwa, the politician who was installed by the state military as President of Zimbabwe following the coup in November 2017, made the re-configuration of the nation’s relations with the West one of his priorities.

This newfound attraction to the West was driven by two goals. First it was motivated by the need to keep the power of the Russians and Chinese in Zimbabwe in check. Almost two decades of Mugabe’s “Look East” Policy had not yielded much tangible economic and strategic benefits. To these two Eastern giants, the southern African nation remained simply a showcase ally, and a political football to be kicked around.

But, what worried Mnangagwa most was how, particularly, the role of the Chinese in the 2017 coup had demonstrated the far-reaching influence of these Eastern global states on Zimbabwe’s national political processes. As was the case in Mugabe’s government, today, the two powers do not necessarily rely on the President’s influence to advance their economic and strategic interests. Rather, they use various schemes to influence decision making in Mnangagwa’s government, rendering the executive very weak.

The most obvious case is how the two United Nations (UN) Security Council members use their permanent seats to protect stronger UN action against Zimbabwe’s human rights abuses, in return for unchecked access to the nation’s resources. Additionally, whilst the Chinese rely on Vice-President Constantino Chiwenga and senior Zimbabwe National Army (ZNA) figures, the Russian government uses its stranglehold on the mining sector— especially vast investments and promises of further financing in the local platinum industry—to influence national politics. To Mnangagwa, closer relations with the West were designed to counter entrenched Chinese and Russian influences, especially these states’ support for centrifugal political and security forces aligned to his main opponent in the party and government, Vice-President Chiwenga.

Second, the strongman’s new geopolitical identity was necessitated by economic concerns. Zimbabwe’s economy had already collapsed, and Mnangagwa needed the West’s funding to resuscitate it. We must remind ourselves that laying the ground for a shake-up of foreign policy started when Mnangagwa was still vice-president. Convinced that Mugabe would yield in to pressure from within the party and the military, and hand over power to him in 2015, the then Finance minister and Mnangagwa’s closest ally, Patrick Chinamasa, fronted the then vice-president’s initial attempts to engage international financial institutions as part of preparations towards a post-Mugabe foreign policy course.

Chinamasa stirred the much-hyped government debt clearance strategy, the Lima Plan, which sought to settle US$1,8 billion of foreign debt. Mnangagwa and Chinamasa’s calculus was that paying off international debts was not only Zimbabwe’s way to break through logjams in the relationship with the United States (US), the European Union (EU) and United Kingdom (UK), but that this strategy would pave the way for the much-needed injection of international capital. In turn, foreign capital would fund infrastructure projects, create much-needed employment and stimulate growth. The resultant economic growth would consolidate his authority and power by expanding his voter support base, and deter societal restlessness.

At some point, Mnangagwa’s strategy seemed successful. Indeed, the best gift for which he could have asked for from the West came overnight, when he was elevated to the summit of world politics through an invitation to attend The World Economic Forum (WEF) in 2018. The invitation was presented by his administration as signalling the beginning of formal acceptance of Zimbabwe into the fold of the international community.

But, to Mnangagwa’s disappointment, the West’s overtures ended there. None of the Western leaders were comfortable at advancing him an official state invitation. This was despite numerous private attempts to engage, especially, the then head of the UK government, Theresa May. In response to these overtures, London restricted even lower-level diplomatic contact.

This is because the West had already started to worry about Mnangagwa’s grasp of how global politics works. In particular, it was Mnangagwa’s misunderstanding of their language and intentions which limited prospects of closer cooperation and full re-engagement with the West. Manned, and controlled by an older generation of military men still trapped in the 1970s and 1980s mentality, his government erroneously estimated that the West’s interests in Zimbabwe were informed exclusively by commercial interests, and that land was the heart of those commercial interests.

Resultantly, Mnangagwa became obsessed with dangling land to the West and making promises of compensation for improvements on the farms, with the hope that this would earn him silence against inevitable brutality of citizens, a strategy that he needed to maintain power given his unpopularity and a collapsed economy at home. After all, he had seen Paul Kagame of Rwanda, Yoweri Museveni of Uganda, Jose Eduardo Dos Santos of Angola and the late Meles Zenawi of Ethiopia—typical ruthless autocrats with decent relations with the West—doing it, but with little or no consequences. He thought with various promises on land, he could do the same. It turned out to be a fatal miscalculation.

But what is it that Mnangagwa could not understand about the West’s demands on him? Today, to the West, the type of regime in governance is secondary to rule of law and property rights. Taking a longee duree approach to democracy and democratisation, Western bureaucrats, academics and liberal intellectuals have come to the conclusion that democratisation and its norms are inevitable. The road might be bumpy, but democracy will at some point arrive on the shores of China and Rwanda—a rejuvenated but modified Francis Fukuyama’s end of history thesis. However, property rights and rule of law cannot wait, as they are fundamental and at the heart of how modern liberalism—‘’neoliberalism’’ functions. As a result, these two principles are non-negotiable, something which Museveni, Kagame, Zenawi and dos Santos understood very well, and Mnangagwa could not.

Even if he understood, the US and the British came to realise that the process that brought him to power—the coup—and the networks that sustain him in power; an entente with hardliners in the military, remained obstacles to an uncommitted president.

In addition, Mnangagwa and his family’s reliance, for primitive accumulation, on state institutions such as parastatals and the central bank, made it impossible to contemplate even the lightest reforms of these institutions. But, not only was Mnangagwa incapable and reluctant to institute political and economic reforms that guaranteed the rule of law and property rights, what worried the Americans and the British was that he even accelerated the hollowing-out of state institutions, especially the judiciary, which the West hold as sacrosanct.

As early as January 2019, the West had made up its mind. The army’s killings, increased repressions and current abductions simply provided firm ground to ramp up campaigns against a regime that they believed to be incapable of reform. For his part, Mnangagwa has decided to pivot away from his frayed agenda of re-engagement. He no longer respects the norms that the West advocates, nor does he feel obliged to consider their opinion on democracy, hence increased crackdown on pro-democracy forces.

The ongoing aggressive and abusive statements against foreign diplomats by government, party and presidential spokespersons reveal the shape of Mnangagwa’s plan for dealing with the West.

Such attitude has made Americans’ agenda on post-Mugabe government simple: a Zimbabwe without Mnangagwa. And, recently, Britain appears to have joined the United States’ long-standing zero-sum war against the Harare regime. London has started to see Mnangagwa as a toxic asset that is not only difficult to engage but which they want to see gone soon. In other words, a course towards total isolation has been set, and Mnangagwa is going to wobble towards it until his depletion of state resources ignites another resentment of the military that is keeping him in power.