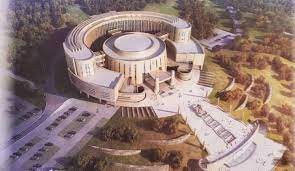 Construction of the US$100 million building, wholly funded through a grant from the Chinese government, is being carried out by Shanghai Construction Group, working closely with engineers from the ministry of Local Government, Public Works and National Housing.

A team of supervisors comprising Chinese and Public Works ministry engineers and staffers are jointly supervising the project.

The new Parliament building’s architectural design borrows heavily from the iconic Great Zimbabwe Monuments — one of the country’s leading tourist resorts and a Unesco World Heritage Site — from which the country derives its name.

It is the largest project in southern Africa financed by China Aid — a Chinese government-owned global development aid agency — and the biggest to benefit a single African country.

Shanghai Construction Group project manager for the Zimbabwe parliament building Cai Li Bo told The NewsHawks this week that the building was 80% complete, adding work is likely to be completed in the next six months.

“Eighty-five percent of the facade of the new Parliament building has been completed, and 90% of the equipment has been put in place. 70% of the internal decoration have been completed,” he said.

“In total, 80% of the project has been completed. We are looking forword to completing the whole project in the coming six months months.”

The project is seen as the first in the proposed new capital city and is seen as a gesture of friendship between Zimbabwe and China. — STAFF WRITER

Related Topics:parliamentZimbabwe
Up Next
Don't Miss