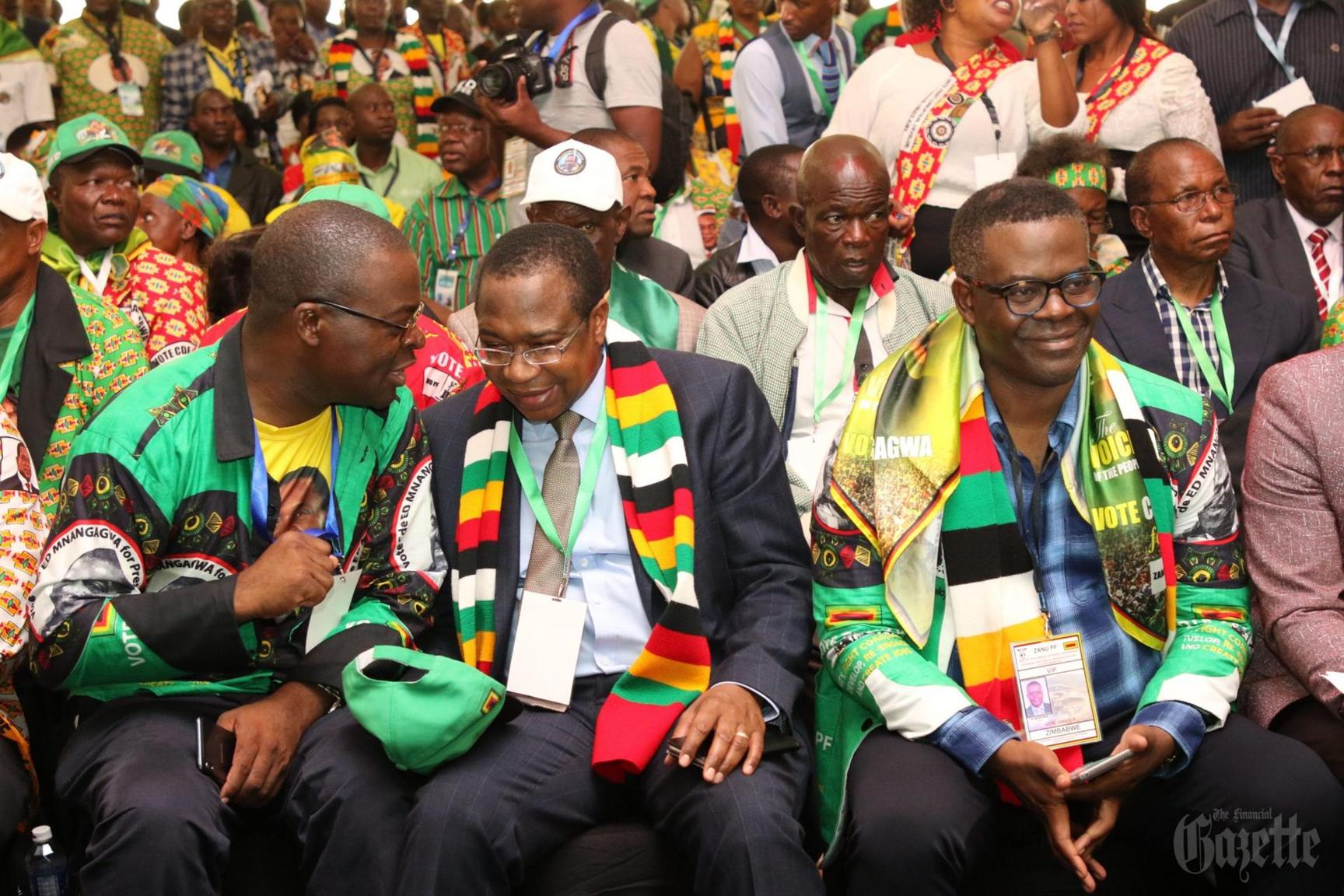 IF ever there was any doubt, Finance minister Mthuli Ncube has fully abandoned his posture as a neutral technocrat after being elected a Zanu PF central committee member last weekend.

His participation in the political elections confirms that Ncube is now a full-time Zanu PF politician who behaves like his ruling party peers, including grabbing farms in violation of property rights.

As reported by The NewsHawks in June, Ncube joined President Emmerson Mnangagwa’s brother Patrick, Zanu PF acolytes from the Marange apostolic sect and senior bureaucrats to settle inside the highly protected Midlands Black Rhino Conservancy, threatening the existence of the wildlife sanctuary.

The settlements have the potential to put to waste investments running into tens of millions of United States dollars made by multiple property owners and stakeholders for the past 35 years in the conservancy.

Funders like the Save Foundation of Australia and Sebhakwe Black Rhino Trust also made significant donations to the conservancy to build it into what it is at present, but the illegal settlements could see the investments going down the drain.

The Parks and Wildlife Act (Chapter 20:14) prohibits human settlements or agricultural activities on conservancies, unless with the express authorisation of an Act of Parliament.

At present, no such law has been promulgated to legalise the settlements, not even a statutory instrument.

The conservancy is situated in the Chirumanzu-Zibagwe constituency on the 35-kilometre peg along the Kwekwe-Mvuma road, on the left side of the dusty strip road.

This is not the “technocrat” many thought Ncube would turn out to be when he was appointed to cabinet.

When Ncube was named Finance minister in the first cabinet of President Emmerson Mnangagwa after the 2018 elections, he was touted as a man of substance whose solid curriculum vitae placed him a cut above the rest.

A former chief economist and vice-president of the African Development Bank (AfDB), Ncube holds a PhD in mathematical finance from Cambridge University.

As chief economist of AfDB, he oversaw the economics complex, which was focused on the process of knowledge management and economic research.

In that regard, Ncube supervised the development research department, statistics department and African Development Institute. As vice-president of AfDB, Ncube was a member of the senior management team of the bank and contributed to its general strategic direction.

Before his arrival in Zimbabwe to take up the ministerial appointment from his Switerland base, Ncube had notched up other accomplishments.

The achievements included being a regulator and a board member of the South African Financial Services Board (FSB), which regulates non-bank financial institutions in that country.

In Zimbabwe he had been the founding chairperson of Barbican and Selwyn Capital and worked for Investec Asset Management as a portfolio manager and head of asset allocation strategy.

He is a professor at the University of Oxford in Britain, where he taught in economic development, public policy and doing business in Africa, at both the SAID Business School, and Blavatnik School of Government.

Before taking up the post of Finance minister, Ncube had also been a distinguished professor of banking and financial markets at the University of the Witwatersrand in South Africa.

His curriculum vitae therefore is not just impressive but also reflects the epitome of academia.

When he arrived in Zimbabwe after his appointment as Finance minister on 8 September 2018, Ncube was projected as a technocrat and a man on a mission to rescue the country’s economy. That reputation was well earned.

Many expected him to be detached from Zanu PF politicking, sloganeering and the wearing of party regalia. However, no sooner had Ncube arrived in Zimbabwe than he started dabbling in Zanu PF politics, marking the beginning of a journey that has led to today’s realities.

It began when President Mnangagwa visited Davos, Switzerland, in January 2018 for the World Economic Forum where he reiterated the now tired “Zimbabwe is open for business” mantra and introduced a multi-coloured scarf. After Davos, Mnangagwa has continued to wear the scarf, even in blazing temperatures.

He wears the scarf, be it at party events, government engagements or at his farm when receiving visitors such as members of the Political Actors Dialogue (Polad).

The scarf is no longer for purposes of fashion or style and has since developed mythical dimensions.

Results of the Zanu PF central committee elections which were held across the country on Saturday showed that Ncube had won, joining other party stalwarts like retired colonel Tshinga Dube in Bulawayo.

Each of the Zanu PF Bulawayo province’s five districts held elections as the party readies itself for its national congress which will be held in Harare later this month.

Ncube and Dube were joined by Mlungisi Moyo in the district co-ordinating committee 1 (DCC 1), who garnered 52 votes to see off the challenges of Joshua Malinga, Caleb Sengu, Emmanuel Kanjoma, Josephine Danda and Matelia Matunha.

He automatically becomes a member of the national consultative assembly of Zanu PF which comprises members of the central committee, national assembly of the women’s league and their deputies, the 10 provincial executive councils, former members of the central committee on account of their so-called contribution to the liberation struggle or development of the country after Independence.

Ncube’s new organ, the central committee, is the principal structure of the party’s congress and consists of 230 members drawn from the country’s 10 provinces. It acts on behalf of congress when it is not in session and, among other functions, implements all policies, resolutions, directives, decisions, and programmes enunciated by congress.

The central committee meets once in three months and it is the one which picked President Mnangagwa to succeed the late long-time ruler Robert Mugabe when he was toppled in a military coup.

Lawfare bogs down CCC in courts

Election season could ratchet up inflation