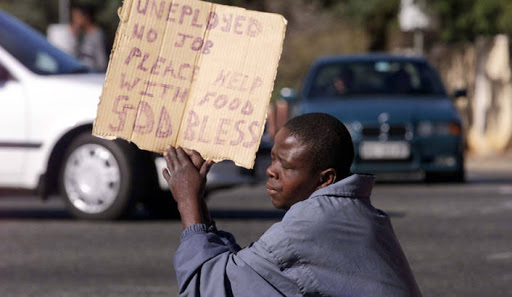 was launched this week.

By inference, based on the per capita Gross National Income (GNI), the desired end point sought by the NDS1 is moving the economy to within 20% of the upper middle-income range. This should have been explicitly stated in the NDS1 strategy document since the overarching vision for which strategy is being mobilised is the attainment of an upper middle-income economy by 2030.

This article is a critique of the NDS1 in terms of its apparent strengths, weaknesses and risks that may derail the strategy. The aim of this article is to help point out opportunities to improve the strategy. In the new normal of volatility, uncertainty, complexity and ambiguity (Vuca) at a global scale, strategy cannot be static—agility is becoming a hygiene capability.

We begin with the strengths of the strategy on paper. It would be an act of intellectual dishonesty to dismiss the NDS1 as poor.

A key strength of the NDS1 is the evidence of broad consultation and input. I looked at the strategy from various strategy frameworks to ascertain any gaps. Proposals by this writer such as the setting up of a warehouse receipting system and an agricultural commodity exchange were taken on board.

There are still some gaps; overall, there is a remarkable improvement from the Transitional Stabilisation  Programme (TSP).  This writer—in evaluating the performance of the TSP—pointed out that it did not have a properly thought out framework. This time around, the strategy chose the Integrated Results-Based Management (RBM) framework to organise the NDS1.

There is no guessing; there is clarity on key result areas, outcomes, performance indicators, baselines (current level of indicator), yearly targets and contributing partners (to achieve the key result area). From this, a clear scorecard is publicly available—this will help in tracking performance and establishing a good basis for accountability.

The second strength is the apparent definition of strategy as inter-connected activities aimed at achieving goals aligned to the desired result. This is the understanding of strategy by Michael Porter, the celebrated Harvard business thinker and one of the early pioneers of business strategy.  The NDS1 does not explicitly define strategy as activity. However, that understanding is implied by an explicit subheading of “strategies” within each strategy pillar or thematic area of the NDS1 document. It is more helpful to think in terms of strategy as opposed to strategies.

The 2021 national budget will give us a clear indication whether the NDS1 is a high-sounding cymbal or a serious commitment to create a better future for the country.

A fourth positive is an attempt to address organisational culture or national culture issues as part and parcel of strategy. The desire to institute a culture in the public service of performance driven by a strategy-aligned results-based management system is commendable.

Identifying the key drivers of the economy as agriculture, mining, tourism and electricity as well detailed activities to move these primary sectors up the value chain is very sound.

Last, a truthful review on some of the issues we have contested is refreshing. One such issue is the explanation for a positive current account surplus in 2019 and 2020. In the TSP performance review done by Treasury, it was claimed that policy measures instituted by government were the key drivers of the current account surplus. This writer contested this claim, offering the view that reduced imports, depressed aggregate demand, low disposable income  in 2019 and 2020 as a result of two years of recession were the key drivers behind the current account surplus. The NDS1 has put up this position. That level of candour is business like and commendable—if adopted as part of the culture the NDS1 wants  to develop, nationally we will go a long way as a country in establishing evidence-based decision making, not political correctness.

We now turn to fissures and fault-lines in the NDS1.

I am afraid, as things stand, we are not sure about the identity of our destination.

Secondly, the real GDP growth rate minimum of 5% per year is not accurate in the absence of a proper calibration of the mobile  upper middle-income target the NDS1 has apparently failed to address.

A corollary to the per capita GNI matter is the baseline identified. The NDS1 identifies a per capita GNI baseline (2020) of US$1 159, representing a 19,9% fall from 2019 (per capita GNI of US$1 390). The NDS1 baseline informs us that we will begin the NDS1 as a lower middle-income economy.  The baseline for 2020 adopted by the NDS1 is an estimate based on a projection a conservative real GDP decline of 4,1%, standing in stark contrast with the World Bank’s projection of minus 10,4%. It is very possible that the reality is that we will open NDS1 as a low-income country. It matters because that reality will make us not under-estimate the enormity of the task ahead –it would make us put real GDP growth targets well above the 5% per annum minimum.

Another concern is the fact that the per capita GNI is not included in the Results-Based Management scorecard. This is the global metric that should loom large on our national strategy dashboard. As a result, no one was assigned responsibility for this metric.

This is a huge weakness in the NDS1. We are like a soccer team that is invested much in tracking match performance statistics except the scoreline. This needs to be corrected.

The biggest disappointment for me is the claim in the NDS1 that economic growth will be led by the private sector. It is not the case—the first three years as per the the Pre-Budget Strategy Paper shows that government will account for at least 70% of the targeted economic growth. There is a huge difference between aspiration and actual performance. The NDS1 is going in one direction and the forthcoming three years where reality takes over from dreams is telling us private sector-led growth not supported in terms of actual activity.

Another huge disappointment is the fact that for all the 302-pages detail that is the NDS1 document there is absolutely no costing of the activities that are meant to drive strategy.

If we are not sure how much it will cost us in terms of strategic activity over the period of the NDS1, we have not completed the strategy. It is as good as we have no strategy at all.

We must know upfront how much it will cost us to fund the activities that make up the NDS1. Annual budgets should be guided by a global figure hived off from the five-year NDS1 outlook. A concern connected to the financial resources issue is that the NDS1 just lists that activities will be funded from tax, loans, grants and private sector mobilisation. The funding plan is not convincing.

In fact, a separate pillar or thematic area on funding should have been dedicated so that a comprehensive and well-thought-out funding strategy is teased out. Funding is so fundamental to the success of the NDS1 that a thorough Strengths, Weaknesses, Opportunities, Threats (SWOT) analysis on this matter should have been done, especially with no external funding expected. Based on the presentation of the funding component in the NDS1, we have more of hope than strategy. Hope is not strategy.

If this is delivered consistently, a brand is built. The NDS1 should have clearly defined who the key stakeholders for which strategy is built are and what these stakeholders value. Strategy should have been built from this outside in approach. This is how you build an image. There is still an opportunity to revisit this area with modern insights from this area. This will avoid a weakness in the NDS1 where there is intention to institute a performance culture but without a supporting reward system for both the public and private sector. The NDS1 focuses on performance culture at the public sector level, yet it is a national strategy. Organisational capability is the bridge that will unify both the public and private sectors.

The risks to the NDS1 are cultural and financial. Corruption is one cultural issue the NDS1 has not invested resources to addressing. The NDS1 has no control over policy consistency issues. In addition to these, other key issues such as property rights are stated in aspirational terms. In short, the NDS1 cannot strategise for political will, yet political will is the key enabler of the NDS1.

Strategy is intention. Performance is the real strategy. Eloquence on paper must translate to eloquence of performance.

How the Musina-Makhado SEZ will parch the people of Zimbabwe