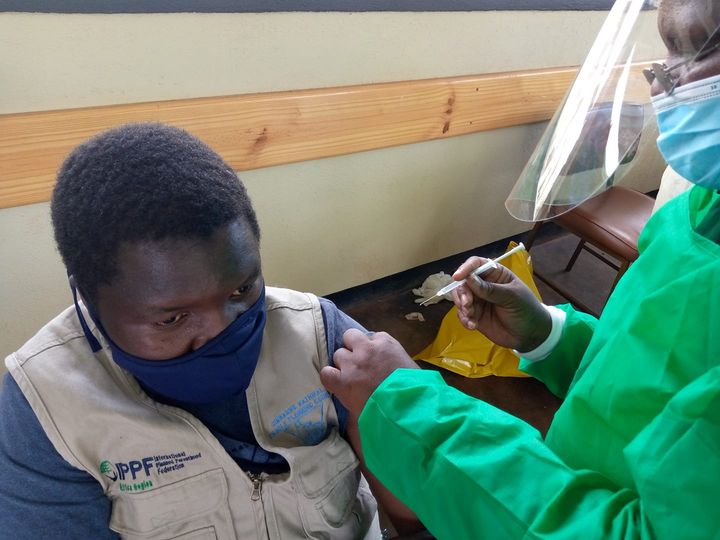 ABOUT a fortnight ago, Zimbabwe received its first consignment of 200 000 doses of the Sinopharm vaccine from China.

A week later, the country commenced its nationwide rollout of the vaccination drive.  Four days before the rollout on 18 February 2021, Vice-President Constantino Chiwenga launched the vaccination campaign at a mini event at Wilkins Hospital in Harare.

The vice-president also became the first Zimbabwean to receive the Sinopharm jab on home soil, in the presence of media and public officials. It was also on this day that I took the bold step of getting vaccinated.

Having lost so many close friends and colleagues to the dreaded coronavirus, I saw the vaccine as useful in increasing my chances of fending off the virus should it attack me in the future.

Owing to numerous conspiracy theories around Covid-19 vaccines, especially the Chinese Sinopharm type, I was very sceptical and not sure whether getting the jab was a good idea at first. I did not even tell my wife that I was contemplating getting vaccinated. I just told her I was going to Wilkins to cover the launch of the national vaccination drive.

Together with a few other journalists, we arrived at the venue a bit earlier and it did not take time before the vaccine topic was thrown onto the table for discussion. Trust me, I did not know journalists were also masters of conspiracy theories until I heard one say, “I heard the vaccine makes your manhood shrink.”

Even though everyone burst into laughter, this theory unsettled everyone, including yours truly.
Moments later, more journalists arrived and discussions around the vaccines continued with some opting for other vaccines such as single-dose jabs like the Johnson & Johnson type, while some were for Pfizer, among a host of others.

The vice-president’s entourage later arrived and all eyes were now on him.

Vaccination
Soon after his briefing, Chiwenga received his jab before making an address. A few other dignitaries received their shots. After Vice-President Chiwenga’s departure, I together with other journalists joined the queue.

I waited in the queue for at least 20 minutes before my turn came. It appears the process has since changed but, on the day that I received my jab, one had to go through an antigen Covid-19 testing procedure before moving to the blood draw stage. The blood I am sure is meant for future tests in the event that one develops side effects or reactions.

From there, I received my jab and it did not take more than two seconds. Trust me when I say the nasal swab from the antigen Covid-19 test is even more painful than the needle.

Side effects
I have not developed any serious side effects to date. On the night I received my jab, however, I felt some stiffness and pain in my left arm, the side which had received the injection. However, the pain did not last more than a day.

It has been two weeks since I received my first shot and everyday when I wake up, I just check if there is any unusual feeling or any pimple or growth that I should be worried about.

The future
I will be receiving my second jab on 18 March 2021 and I cannot wait to get my second shot. It is my hope that we will one day defeat this virus and return our lives to normalcy.

The vaccine is not a magic bullet or treatment against Covid-19, it is just an extra layer of protection among the many other prevention measures we have been following all along.