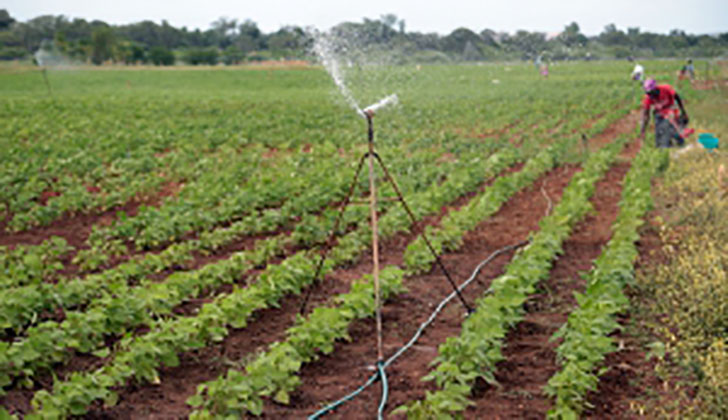 A US$70 million farming and training project meant to benefit 30 000 people within five years in Mwenezi faces a bleak future after the government signaled an intention to repossess a 714-hectare farm from a Zimbabwean who acquired it during the land reform programme.
MORRIS BISHI
Mwenezi district lands officer Boas Vurayayi, in the company of Nyika businessman Leornard Mutema, visited Battlefields Farm in the Mateke area of Mwenezi on 18 June to notify the employees of Shelton Lucas – a black Zimbabwean – that Mutema will be the new owner of the farm. They notified the workers to leave the property within 14 days.
Lucas, a business strategist who holds a Bachelor’s degree in financial intelligence, is the Zimbabwean partner of Deutsch Connect. He is undertaking agricultural activities at Battlefields Farm through his local company Eastview Resources, an entity with a bias towards mining, agriculture and consultancy services.
Deutsch Connect links sub-Saharan businesses, organisations and individuals to the German economic ecosystem. It offers sustainable investment and partnerships, innovative solutions and specialised services.
In partnership with German company SUNfarming GmbH, the Mwenezi project was earmarked for 1 000 hectares with the initial segment kicking off on 500ha.
It was envisaged that the project would generate a minimum of 30 megawatts of electricity for Mwenezi with the excess being channeled to the national grid.
Mwenezi district development coordinator Rosemary Chingwe told The NewsHawks that she was not aware of the issue and referred questions to district lands officer Vurayayi.
Vurayayi said he is not aware of any farm in Mwenezi called Battlefields. He further referred questions to Masvingo provincial lands officer Tendai Mumera. Mumera said he was not in a position to comment on the matter.
Lucas confirmed the development, adding Vurayayi is not allowing him to visit his farm.
He said the ongoing land grab was disrupting operations, including the setting up of the US$70 million project meant to benefit more than 30 000 people.
“On 18 June the lands officer for Mwenezi visited my farm during my absence and informed my workers that the farm is now under Nyika-based businessman Leornard Mutema who is also my neighbour since he owned River Valley Farm. This came as a surprise to me. In addition, Vurayayi mobilised the surrounding communities to sign a petition calling for my ouster from the farm which l owned through a lease from government. My farm is one of the productive ones in the area and l am into paprika production, which l am exporting to the American market. I am also in the process of setting up a food and energy training project for local people at a huge cost in partnership with a Germany company but with this development the project cannot take off,” said Lucas.
Officials close to Mutema say he intends to build a private school at Battlefields despite the fact that he owns the 2 000-hectare River Valley Farm which is largely under-utilised. It was one of the most productive farms in Mwenezi before it was allocated to him.
Eastview Resources is contracting outgrower paprika farmers throughout the country, with the company realising over US$100 000 every year. Lucas is the local consultant for Epikaizo Capital (Pvt) Ltd, a global venture capital firm.
Related Topics:
Up Next