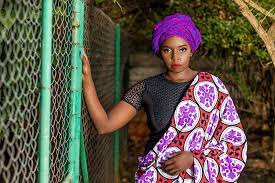 THINK about this: a curated playlist on YouTube of music strictly out of Bulawayo and which will be available for streaming from 1 September onwards.

Why now and why Bulawayo specifically? Well, the answers to these and other questions are contained in the following interview with the mastermind of the initiative, one Thembi Terry Zulu, a social media maven, poet and entrepreneur that I have known over time as a volunteer and pusher of all things creative before she made a move to the capital city.

A couple of years down the line, with her own set up, Khura Agency, in conjunction with iNgudukazi Magazine and six other partners, she is throwing what promises to be an online mega party of sorts running with under the hashtag #ByoMusicStreamingParty.

The normal refrain about creatives from Zimbabwe’s much-lauded but under-rewarded cultural hub, Bulawayo, is one of being overlooked blah blah. But no more. The pushback has begun, says Zulu, otherwise now known as Mrs Whande. And no, signing on does not give project leaders rights to any of the videos on the playlist.

All the views, streams, subscriptions and engagement will benefit the artistes directly on their respective YouTube channels.  Vusa Mkhaya is one of the key artistes and supporters of the initiative alongside Msiz’Kay, Noluntu J, Indigo Saint, Novuyo Seagirl, M.U.S.E, Bhekiwe, Mimmie Tarukwana, Vuyo Brown, Nkwali, Ziee Xayn and Thandy Dhlana, who have rallied behind the #ByoMusicStreamingParty.
Interview excerpts:

AK: What was the motivation behind the concept and why now?

TTZ: Due to the Covid-19 pandemic, it became imperative that artistes adapt and turn to digital spaces to seek new revenue streams. Live shows from Bulawayo were having low turnouts. The concept for the live-streaming party was just to give Bulawayo artistes a boost in their numbers in both subscriptions and views and to create a culture of consuming digital works online.

We also aimed to showcase music from Bulawayo in a visual manner. We saw a lot of posts on Facebook from people who were saying that they couldn’t find Bulawayo music. They wanted to support Bulawayo music, but it was not visible so we thought, okay, let’s come up with the playlist and this playlist will be available forever on YouTube across the globe and anyone can access it at anytime.

We want their music videos to be more accessible to a wider audience. We want to simplify the ease of being able to find Bulawayo music in one place. We also want to show Bulawayo artistes that it can be done to come together, collaborate and achieve something great. Collaboration is a key objective for this project. As a business, this will be a case study of how we can execute creative projects meticulously.

AK: What has been the progress to date with the current initiative versus what you hope to achieve?

TTW: The hashtag for the #BulawayoMusicStreamingParty has hit 1.5 million in reach in just under three days. This is amazing not just for us, but for Bulawayo artistes in general. It shows me that it can be done, which is one of the objectives of having this party.

We want to show Bulawayo artistes that it is possible to rake in the numbers and trend. If there’s one thing I hope they take away from this, it is that they are stronger together. The artistes that signed up to help push the event initially were nine. Now imagine if all the Bulawayo artistes could rally behind each other every time one of them released something new. The opportunities are endless!

Another objective is for us to be able to discover new music. Currently we have received links to 227 Bulawayo music videos from the public on social media. As one of the admins of the playlist, I can safely say that 75% of the music I didn’t know existed. At this point, whether or not people show up to the streaming party is trivial because it’s been such an enlightening journey for me to get educated about Bulawayo artistes and I hope everyone who tunes into the playlist can find at least one song that they can say I had never heard before.

AK: Talk about the partners for this project and what they are bringing to the table?

TTZ: The partners for this project are people who have been making strides in the arts industry for years. MGIZ Publishing has been helping artistes distribute their music online. CulxureMag is multi-award-winning and has been showcasing the Bulawayo arts and artistes for close to a decade now.

Early Entertainment represents the young artistes and newbie creatives who are trying to hack it into the arts industry, especially film and theatre. Media and Arts Zimbabwe is one of the main reasons why Khura Agency is back. I attended a workshop by them for music business managers and some of the skills that I learned there are the reasons why Khura Agency is doing so well.

iNgudukazi Magazine is new to the Bulawayo arts scene and has its ear to the ground when it comes to fresh new ideas from the young people. Loziba Movement is a branch of the Youths for Innovation Trust and they are doing stellar work with female artistes in Bulawayo.

All the above partners have used their clout, their numbers, their time, their experience and expertise to help push the #ByoMusicStreamingParty to their respective spheres of influence. Cottage 47 is a group of young artistes in Bulawayo who have produced high quality work which has built them a following of a new generation of arts enthusiasts. They all bring something different to the table that can benefit Bulawayo artistes in the long run. If we can come together and collaborate, so can the artistes themselves. We’ve led by example.

AK: Can we talk a little about your take on the state of Bulawayo artistic brands in terms of online presence?

TTZ: Bulawayo artistic brands need to do more work in terms of improving their online presence. Growing the numbers takes a lot of hard work and consistency. As a creative, the pressure is on to display your creative innovation. How do you stick out from a sea of creatives?

How will you be different? Bulawayo is a small city but it’s not the whole world, there’s room for everyone. Promoters want to know if you can pull a crowd. Can you make people part with their money to see you perform live? When a boutique dresses you, will people flock to them to buy an item of clothing because you were wearing it?

AK: As far as corporate partnership or endorsement is concerned, what is being missed by the both sides, that is, the corporate entities themselves and the Bulawayo artistes on the other side in terms of beneficially working together?

TTZ: I remember working on a campaign for a big brand and in the artwork we placed a Bulawayo artist in the front and centre of the visual. A colleague of mine looked at the visual and said, “move that artist to the back and replace them with a Harare artist in the front.

This shows me that there is a re-programming that needs to happen which sees artists as the same. I don’t know if my colleague was sexist or tribalist but at that moment I was disappointed. On the other hand, Bulawayo artistes have to work on their social media management, digital presence and online branding. It’s a game of numbers and those numbers are attainable. There is definitely a need to help our artistes to be able to reach those numbers. Harare is not Zimbabwe and once brands realise this we will all be better off.

AK: Can you break down for us what opportunities social media presents for pushing brands?

TTZ: I hate to sound like a cliché, but social media presents a wide plethora of opportunities for brands. Word of mouth used to be the most powerful tool to get a message to spread like wildfire, but nowadays we are using word of mouth just with digital tools.

Statistics state that referral marketing is the best form of marketing. Back in the day you’d ask a girl who did her hair and then you get the number from her. That was a referral, but now we are going on social media and we vouch for certain brands and people who trust our recommendations will be able to make a purchasing decision based on what somebody said about that certain product. What artistes need to work on now is building an audience that trusts them so that when opportunities come to partner with brands they have the numbers to show that they do have influence over their communities’ purchasing decisions.

AK: In relation to that question, explain the aspect of algorithms in new media?

TTZ: Algorithms across social media platforms, despite which platform you’re dealing with, Facebook, Instagram, Twitter and YouTube, have one thing in common: they utilise engagement. They pay attention to engagement. Content that is engaged with gets served to you more. The algorithm basically tries to find out what you like the most based on what you would have engaged with.

It gives you more of that. By doing this project, if we can have more people engage with Bulawayo music, we can have them served more Bulawayo music in the future. When we say engagement, we’re referring to a simple process of whether you have liked a post, commented on it, retweeted it or shared it. In the case of YouTube, have you watched a video for a certain length? Have you ever been on YouTube and watched a video and started getting recommendations similar to that video? That’s how the algorithm works because you’ve engaged with certain content; it keeps showing you content that is similar to that.

AK: What are your past projects and experiences have you done and heard related to pushing brands online that make you the ideal person to lead this initiative?

TTZ: After a career spanning over five years in advertising and marketing, for big brands where money was concerned and the results were measurable, I have learned to be strategic and how to communicate effectively with strong key messages using multiple communication channels.

I’m an avid learner, after studying journalism and media studies; I still take courses and read widely on brand management. My mentor is a household name in the personal branding space in Zimbabwe. I married a digital strategist who has a YouTube channel teaching Zimbabwean creatives and content creators how to make better use of new media. As a creative myself, I know the plight of creatives and a fixed, functional, lucrative industry ensures that I can also get paid for my work. Also, who is a bigger music enthusiast than me?