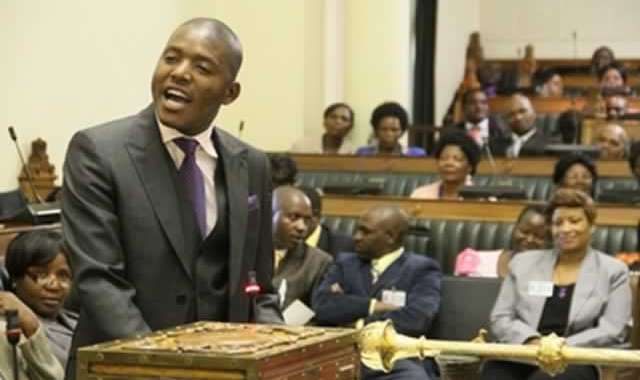 MEMBERS of Parliament are keen on interrogating Agriculture minister Anxious Masuka and some members of the official government delegation over the Dubai Expo trip that saw parastatal bosses flocking to the United Arab Emirates for what they argued turned into “a vacation” that will not benefit the country.

The legislators, under the Agriculture portfolio committee chaired by Gokwe-Nembudziya MP Justice Mayor Wadyajena (pictured) who were also in Dubai last week, summoned tha managers of four state-owned enterprises, including the Agricultural Finance Corporation (AFC), Agricultural Rural Development Authority (Arda), Agricultural Marketing Authority (Ama) and the Cotton Company of Zimbabwe to (Cottco). They questioned them over the motive behind their trip and the benefit to the country.

The MPs fumed after the management of the public enterprises and parastatals failed to give satisfactory answers on the motive behind the trip. The legislators argued the trip had turned into a vacation at the expense of taxpayers.

AFC Holdings chief executive Francis Macheka was the first to be interrogated before he was ordered to present evidence of how much money they got for the trip.

Macheka was also asked about the purpose of their visit and what the country benefitted from the trip, but he failed to convince the committee.

“Did you have meetings with the people there? Remember you are under oath,” Wadyajena asked Macheka, whose responses were incoherent.

Macheka claimed they met several businesspeople from different countries including India and said they intend to make another trip for further engagements.

But Wadyajena immediately voiced concern over Macheka’s narration, saying: “l am getting lost. We have India, Dubai and not all this. l do not understand. Concentrate more on the expo.”

“We had an issue in the first republic where a lot of so-called mega deals were struck, but it was all for the television and nothing tangible came out of that,” Wadyajena said.

questioning the feasibility of issues he had raised on unlocking Green Fund support on climate change mitigation view of international  financial restrictions imposed on Zimbabwe.

“The CEO is mentioning the Green Fund which finances climate change. We have sanctions; how are you going to unlock it?” he asked.

Rushinga MP Tendai Nyabani said the delegation had embarrassed the country in Dubai as their exhibition stand was sub-standard.

“Your stand was pathetic. Kenya had proper tea to drink at their stand and you could interact from an informed position with them. You had no sachets even to taste. Why didn’t you go prepared? Why did you do that? They said they were from ZimTrade. That did not show (in terms of) properly marketing the country,” Nyabani fumed.

Macheka was quizzed on how much the team received in per diem allowances, but he remained quiet for some time before saying he will avail all paperwork on the amounts they received.

ZimTrade chief executive officer Allan Majuru said they secured over US$3 million in orders, mainly for horticulture, describing it as small but important.

“There is US$2 billion consumption market for horticulture in Dubai and the central call we had was to have them invest.”

Zhou asked Majuru why they excluded the private sector from the trip, considering that they play a key role in the sector.

“I was comparing stands with others from different countries. There was a lot of private sector (participation). Why did you leave the private sector? You were organised in Durban (last year) and in Dubai you were not organised. The stand is not organised,” Zhou said.

But Majuru said the best to answer on that was the ambassador Mary Mubi, who is the commissioner general of the Zimbabwe pavilion at Dubai Expo 2020.

Wadyajena said Parliament will summon Mubi when the team returns from Dubai.

“Are you happy that the President (Emmerson Mnangagwa) will be going to Dubai with the state of the pavilion? From what happened, we do not want holidays or vacations using taxpayers’ money,” Wadyajena said.