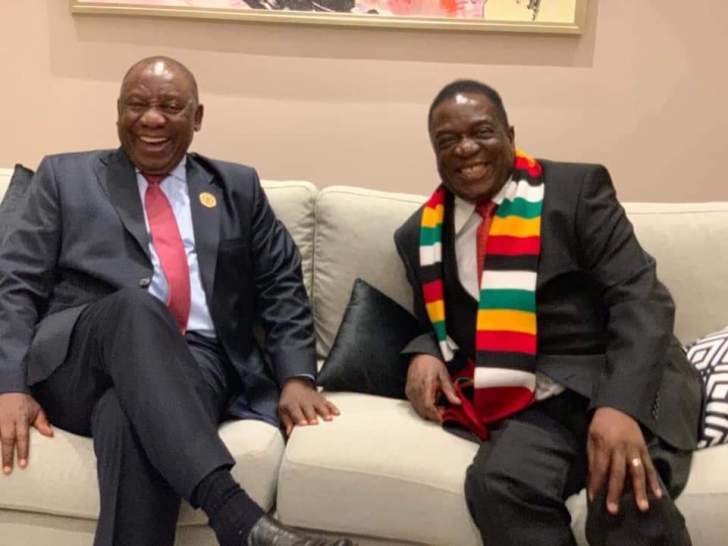 FROM the Harare meeting in May last year to the Maputo one in August, to Gaborone in September and then Maputo again in December, Southern African Development Community (Sadc) leaders have been consulting on and discussing the biggest geopolitical question of the day in the sub-region: Mozambican Jihadist insurgency.

Consultations about consultations, and indeed talks about talks in relation to Mozambique continue.
And after all that, this is what they had to say following this week’s meeting between President Emmerson Mnangagwa and his Botswana counterpart, President Mokgweetsi Masisi.

Mnangagwa is the outgoing Sadc troika chair on politics, defence and security. Masisi is the current chair. And South African President Cyril Ramaphosa is the incoming chair. South Africa today sent troops to evacuate its citizens in Mozambique amid a Sadc paralysis.

Below is statement which Masisi issued on behalf of Sadc after his meeting with Mnangagwa in Harare: “The Southern African Development Community (SADC) has learnt with dismay the inhumane terrorist attacks on the town of Palma in Mozambique, on 24 March 2021. It is utterly disheartening that these indiscriminate attacks on the civilian population have resulted in the loss of lives of dozens of people,
leaving hundreds others injured and many more displaced, particularly women and children. This
has heightened insecurity in the area, leading to a serious humanitarian crisis, especially the need
for the provision of basic services, such as food, water and shelter to the affected population.

“SADC condemns in the strongest possible terms this heinous act of cowardice. It is our fervent hope that the perpetrators will be quickly arrested and brought to justice.

“We wish to express our heartfelt condolences and sympathies to the Government and people of the Republic of Mozambique and other affected countries, particularly the bereaved families, on the untimely demise of their loved ones. We also wish a speedy recovery for the injured. SADC is
deeply concerned about the continued terrorist attacks in Cabo Delgado, especially for the lives
and welfare of the residents who continue to suffer from the atrocious, brutal and indiscriminate
assaults. These attacks are an affront to peace and security, not only in Mozambique, but also in
the region and the international community as a whole.

“We wish to express our full solidarity with the Government and people of the Republic of Mozambique, as well as the armed forces on the ground, who are working towards restoring peace and security in the affected areas. We also wish to reaffirm our continued commitment to contribute towards the efforts to bring about lasting peace and security, as well as reconciliation and development in Mozambique.”