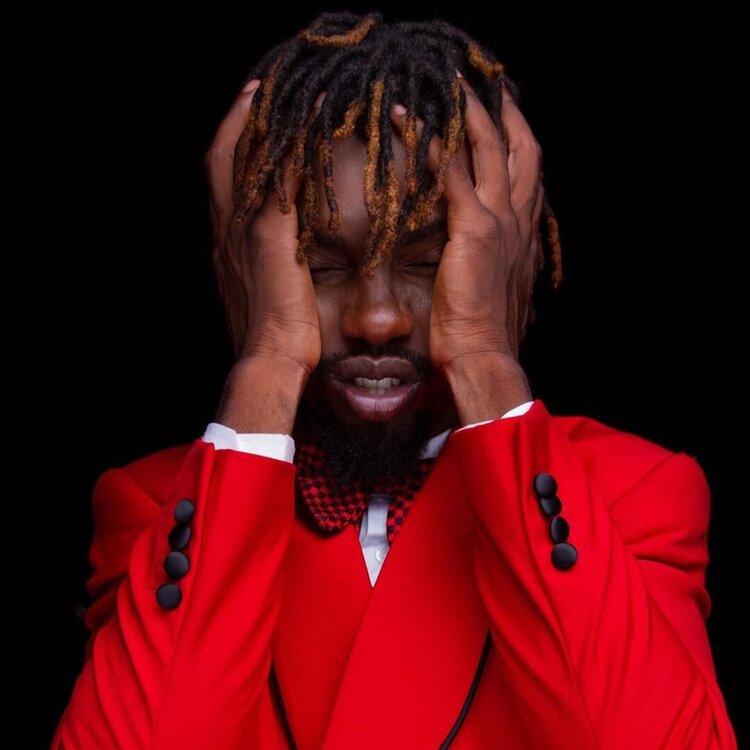 VIEWED through the rose-tinted lenses of ordinary folk, showbiz personalities and other celebrities lead glamorous and superb lives, the equivalent of heaven on earth.  Of course, this is far removed from reality. Life, for many human beings, is never always rosy.

Sometimes things go up, and the next day things go down, almost like a seesaw. While most of these public figures choose to suffer in silence, a few open up for the world to see. Such was the case when musician Enzo Ishall, an instant hit after emerging on the scene with the hugely popular track Kanjiva, recently dropped a bombshell, announcing he was hanging up the mic.

What, quitting? Most of his fans asked what could have gone wrong with Enzo Ishall (pictured), a young artiste with such a promising career ahead of him. Not only are his fans yet to accept the reality, but the Magate hitmaker also admitted in an interview with Star FM’s KVG, that he was also failing to come to terms with his decision.

The teary-eyed Enzo, real name Kudzanai Stephen Mamhere, was at pains to explain his decision.

“This is the first time I’m opening up about my decision,” he told the leading radio personality.  “I have my own struggles, and I have responsibilities as well as my dark side. I haven’t been able to look after people, and also prove a thing or two to them.”

One could be persuaded to see sense in Enzo’s argument.  But not all, and for good reason too.  Most people are yet to fully understand Enzo’s abrupt decision.  Maybe one day, sooner than later, he can announce a comeback!

But there is something peculiar about gifted people, especially artistes.  Despite the runaway popularity he has commanded in the early days of his music career, it appears it has not quite sunk in for Enzo that he in fact had become a hero of sorts to a growing fan base.

“It is only now that I am realising that I had made such a huge impact on fans,” he claimed.

“One fan called me and asked what I had done to her child after she read that I had quit music. I was touched. And even now when you played that voice note I sent to you on the passing on of Soul Jah Love, you really put me in a corner.

“I think I delivered my best and it was my long-held wish to make people happy. And also happy that I lived to see Sauro (Soul Jah Love) who feared God. I will try as much as I can to at least release music because I feel I owe fans. Truth is, I have disappointed a lot of people.”

However, Enzo would not be drawn into revealing his plans for the future.  “I still do not know what I am getting into and I can never say whether or not I am going to be successful,” he said.

Since he emerged, three years ago, like a bullet train out of a tunnel, Enzo  announced his arrival with his child-like voice in his debut, Kanjiva, which reached anthemic levels nationwide.

He had been signed to ChillSport Records under the watchful eye of DJ Fantan, who spotted him in Sunningdale, where he lived at the time. Enzo won several music awards within a short time, and disrupted the industry with some provocative lyrics on songs such as 50 Magate, Bhiza Rinoda Mutasvi and Handirare Kuden Kwenyu.

But while he seemed unstoppable, churning out hit after hit to the great satisfaction of multitudes of music lovers, the same fans were not aware of the underlying unfortunate circumstances in the star’s life, which have now influenced an unforeseen decision.

Chiefly, Enzo appeared to be besieged by issues relating to the business side of his career, and love life. In December 2018, he was attacked by his wife for allegedly parading “hookers” on his WhatsApp status.

The young ladies in question had performed the “50 Magate Challenge” as promotional material for the video of the track. He was left bruised and battered from the domestic violence incident, his first time to make headlines for the wrong reasons.

According to DJ Fantan, Enzo had always had problems with his wife after hogging the limelight. In Janurary 2020, Enzo probably made the biggest mistake of his entire career after he left Passion Java Records to join the newly emerged Teemak Stable in a deal which shocked the industry.

The sign-on fee was believed to be in the region of US$30 000, but the deal collapsed before the ink had dried on the contract after it emerged that the owner, Taona Chipunga, who was based in Malaysia, was a scammer.

Then in January this year, Enzo and rapper Holy Ten developed “beef” when the two dropped diss tracks.

In Ko Makuitasei, off the album Risky Life, Holy Ten took Enzo Ishall to the cleaners, claiming that he lost his flame, Hilary Makaya, to an unnamed celebrity preacher.

But Enzo clapped back with his hit, Takuita So, in which he claims sonsgstress Tamy Moyo turned down Holy Ten’s advances. However, the beef turned out to be marketing gimmick on the part of the musicians for their projects.

Related Topics:Enzo Ishall
Up Next

How Zimbabwean artist Chiurai has reinvented the idea of a library