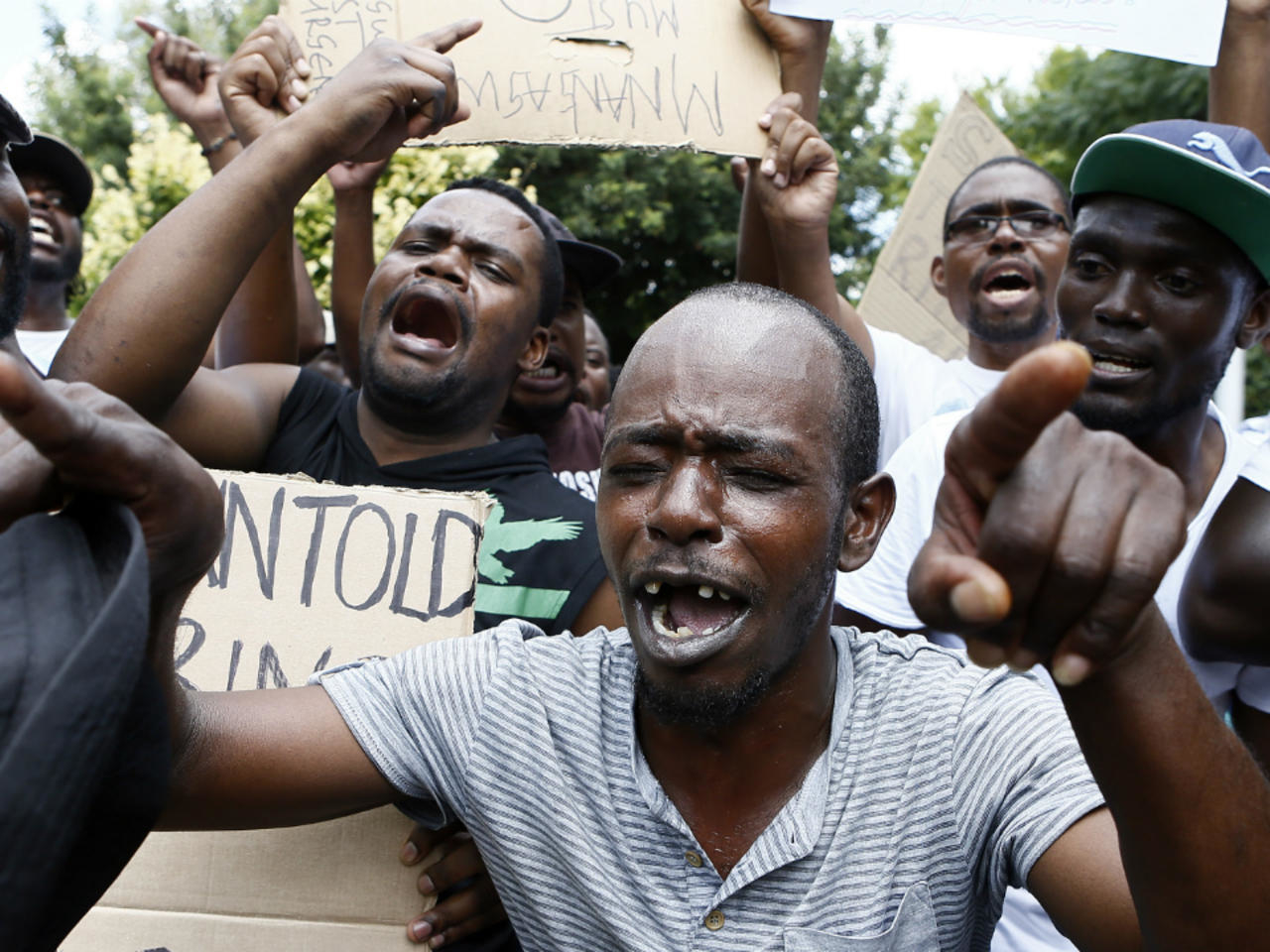 THE arrest of award-winning Zimbabwean journalist Hopewell Chin’ono and two MDC Alliance leaders Job Sikhala and Fadzayi Mahere is part of the security forces’ ongoing strategy to crush the July 31 Movement and pre-empt any possible “Sarajevo moment” which may trigger an uprising against President Emmerson Mnangagwa’s government, well-placed security sources told The NewsHawks.

The sources said the country’s security apparatus — which comprises the police, army and intelligence services — has concluded that although the main opposition MDC Alliance has been neutralised, there are still significant political security dangers.

“Through various structures, police, army and intelligence services, we always assess the political and security situation in the country, and make important decisions. There were security meetings and exchanges before Chin’ono, Sikhala and Mahere’s arrests,” a top security source said.

“Since the 2018 elections, we have done many meetings and reports on the security situation. This allows us to identify threats, challenges, vulnerabilities and risks in our political and security environment. Profiles and analyses of opposition political parties, civil society organisations and individuals are constantly updated and this tells us who is a threat to the state and government and who is not, and why. We have many files on a number of political actors who are closely monitored.

“Some of the characters are the ones who have been arrested. There are many others on our radar. These people are mainly classified as the July 31 Movement, members of a loose coalition of activist groups that want to overthrow the government. Security is aware of their activities.”

Chin’ono and Sikhala were arrested last Friday. Mahere was arrested this week.

Commenting on the latest crackdown, ex-Zanu PF strategist Jonathan Moyo, a former minister and MP, said yesterday: “The (Central Intelligence Organisation) CIO’s counter-intelligence not only orchestrated the arrests of Mahere, Sikhala and Chin’ono, but also led the arresting teams. As such, the arrests have nothing to do with law and order. It’s about political intrigue and Zanu PF factionalism. Re: 31 July 2020!”

Chin’ono was initially arrested before the 31 July protests that further exposed the Mnangagwa regime’s fears and ruthless streak. He initially spent 45 days in jail. He was arrested again and again.

The filmmaking journalist was first picked up by police at his Harare home on 20 July 2020 and charged with “incitement to participate in public violence”.

This came at a time when he had helped expose corruption involving a US$60 million Covid-19 procurement and supplies deal linked to Mnangagwa’s family and cronies.

While sources said at the time the Mnangagwa family was upset by Chin’ono’s corruption-busting social media activities, it later emerged that his arrest was more political than that.

Mahere was arrested on 31 July 2020 with other activists, including award-winning author and filmmaker Tsitsi Dangarembga.

Sikhala went underground with a group of other activists that security forces were hunting for. Police released a list of the activists.

Mnangagwa and his allies are convinced these groups constitute a threat.

“These groups and individuals are seen as acting in alliance with a (Zanu PF) faction aligned to Vice-President (Constantino) Chiwenga to remove Mnangagwa,” a security source said. “As you are aware, the matter was discussed at the Zanu PF politburo meeting just before the 31 July protests.”

Two days before the mass action — on 29 July — Mnangagwa confronted his internal political rivals with the help of CIO director-general Isaac Moyo at a Zanu PF politburo meeting at party headquarters.

Falling short of implicating Chiwenga, the CIO report presented in the meeting by Zanu PF secretary for security Lovemore Matuke led to the suspension of Cleveria Chizema and Tendai Savanhu who were accused of being part of the planned anti-governments protests.

It then said Chiwenga was not involved, yet indicating that there were people acting in his name.

In that meeting, former Zanu PF national commissar Engelbert Rugeje — a Chiwenga ally — urged Mnangagwa not to listen to “makuwa” — rumours, as he moved to defend the party’s co-deputy leader. He reminded Mnangagwa that it was Chiwenga and other military cadres like him who put him to power through the November 2017 coup.

“It’s common knowledge they were involved,” a politburo member said this week. In the run-up to the mass stayaway, government activated the state security apparatus to spearhead a fierce crackdown on opposition and civil society activists.

Some of the departments involved were police CID Law and Order, CIO, military intelligence and a shadowy structure which combines all the above — The Ferrets.

“Before July 31, we gathered all the necessary information, analysed it and concluded that this demonstration is not about corruption and all those issues raised — it was about removing the government,” a source said.

“So we launched a counter-attack: deployed many cars in Harare, Bulawayo, Mutare, Gweru and Masvingo, as well as other towns to clamp down on the activists.”

Violent repression is part of Mnangagwa’s political survival strategy, together with legitimation and co-optation initiatives, as well as propaganda.

Although Sikhala was later detained, the protests were preceded by a fierce crackdown which led to arrests, abductions and forced some activists underground.

Sikhala is seen as a threat due to his bravery and influence, sources say. He has also been outspoken against Mnangagwa. Sikhala said on 31 July that the heavy security presence showed a state afraid of its citizens.

“Protracted demonstrations will be the way forward,” he said.

A security source said: “We don’t take lightly such statements. They are classified as a security threat. We know what happened in Tunisia and other countries. So when you see Sikhala repeatedly arrested, it’s because of such things. Chin’ono is seen in the same light. It has nothing to do with that video or other things”.

Police say they arrested Chin’ono, Sikhala and Mahere for circulating falsehoods prejudicial to the state through a video in which it was claimed a police officer had struck and killed a baby with a baton.

Security sources say the three were arrested amid fears that they wanted to use the baby outrage to fuel public anger. The uprising in Tunisia fuelled by corruption, poverty, and political repression, forcing out President Zine al-Abidine Ben Ali in January 2011 — while triggering a wave of similar protests throughout the Middle East and North Africa — was sparked by vendor Mohammed Bouazizi’s self-immolation. He set fire to himself outside a municipal office in the town of Sidi Bouzid in central Tunisia.

“Mnangagwa and his security advisers fear such a Sarajevo moment in Zimbabwe,” a source said.
The winds of the Arab Spring blew as far down as Zimbabwe.

Activists were inspired by the uprising and held meetings to strategise to fight Mugabe. Many were arrested.

Itai Dzamara, a journalist-turned-activist, staged one-man demonstrations against the late former president Robert Mugabe. He was arrested many times. After jointly addressing a massive MDC-T rally at Zimbabwe Grounds in Highfield, Harare, with the late founding party leader Morgan Tsvangirai, Dzamara was abducted into enforced disappearance in 2015 — never to be seen again.

Like in Dzamara’s case, the abduction of journalism student Tawanda Muchehiwa — nephew to journalist Mduduzi Mathuthu whose home was raided and three people arrested — on 31 July grabbed headlines.

Muchehiwa was abducted by state security agents and brutally tortured for three days. The operation involved police and Ferrets.

He was only released through a habeas corpus court order.

“The arrest of Chin’ono, Sikhala and Mahere has nothing to do with that video saga in reality, it’s a political move to deal with the July 31 Movement which keeps raising its ugly head,” a security source said.

Securocrats supporting Mnangagwa — who spent many years of his political career under Mugabe in security portfolios, intelligence and defence — are motivated by different factors: fear of losing power and trappings of office, fear of prosecution for human rights abuses and corruption, and a belief that Zanu PF is the custodian of the liberation struggle.

Beyond arresting its opponents, Mnangagwa’s regime, like Mugabe’s before it, accuses them of promoting a violent regime change agenda at the behest of foreign interests.

“This is the real issue behind Chin’ono, Sikhala and Mahere’s arrests,” a security source said.