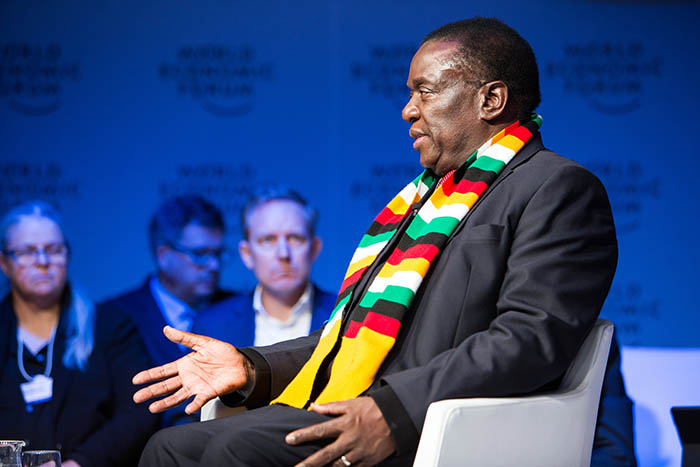 PRESIDENT Emmerson Mnangagwa, who is serving the last few months of his five-year term, is facing the monumental failure of one of his major goals since he was brought to power by a military coup in 2017: international diplomatic re-engagement.

This is due to continued flagrant human rights abuses as evident in the recent barbaric attack on elderly supporters of the opposition Citizens’ Coalition for Change (CCC) in Murehwa by belligerent Zanu PF youths.

The international community, particularly the United States, has repeatedly called for the respect of human rights and an end to violence and impunity as one of the conditions for normalising relations with Harare. The Zimbabwean government has however been found wanting time and again when it comes to respecting human rights, the rule of law, ending corruption and ensuring that citizens enjoy free expression and association, among other civil liberties.

When Mnangagwa was catapulted to office in 2017 through a military coup before consolidating power through the disputed 2018 elections, he expressed lofty ambitions to re-engage the international community, amid optimism that Harare would turn a new leaf.

With the international community willing to forgive the coup which ousted long-time ruler Robert Mugabe, who presided over dark years marked by repression, Mnangagwa set an agenda to end decades-long isolation by the community of nations, especially Britain and the United Sates.

State spin-doctors coined the term “new dispensation” and “second republic” soon after the coup to show that his regime was keen on breaking with the past. That has not happened.

During his inauguration in August 2018, Mnangagwa said re-engagement would be one of the thrusts of his administration.

“Through the engagement and re-engagement policy, we are opening a new chapter in our relations with the world, underpinned by mutual respect, shared principles and common values. We look forward to playing a positive and constructive role as a free, democratic, transparent and responsible member of the family of nations,” Mnangagwa said.

“My government, cognisant that the world is not one basket and encouraged by the goodwill and support we have received to date, will continue to accelerate the international engagement and re-engagement policy, underpinned by mutual respect, peaceful development, shared principles and common values.

“Zimbabwe looks forward to playing a positive and constructive role as a free, democratic, transparent, prosperous and responsible member of the family of nations. We are committed to strengthen dialogue, cooperation and partners.”

In 2019, it emerged that Harare had entered into a US$500 000 deal with a United States-based lobby firm to canvass for the removal of targeted sanctions imposed on top Zanu PF officials to be removed by Washington.

Brian Ballard, the man who was regarded as the most powerful lobbyist in Washington at that time due to his links to the then US President Donald Trump’s 2016 election campaign and the 2020 re-election bid, was paid by Harare and given the  mission to re-engage Washington on behalf of Mnangagwa.

The mission failed because of continued human rights abuses by Harare, including the 1 August 2018 killing of six unarmed civilians and the January 2019 murder of civilians by members of the security forces.

At international fora such as United Nations General Assembl (UNGA) as well as at the Davos Conference, Mnangagwa has always been at pains to explain that the Zimbabwean government needed to be re-admitted into the international community as a “new dispensation”. However, the talk failed to match the walk.

In a 2021 journal titled Zimbabwe’s Foreign Policy under Mnangagwa, scholars Henning Melber from the University of Pretoria, and Roger Southall based at the University of the Witwatersrand, Johannesburg, South Africa captured this aspect.

“Under the presidency of Mnangagwa, Zimbabwe’s foreign policy is characterised by the desire to ‘re-engage’ with the West with a view to securing the removal of sanctions and encouraging investment.”

“In this, it has received the backing of the African Union and Southern African Development Community states. Simultaneously, the violence of the Mnangagwa regime has reinforced the reluctance of the West to remove sanctions, and Zimbabwe has even begun to test the patience of its neighbours,” wrote the academics, adding: “The government has placed renewed faith in the ‘Look East Policy’, but China is seeking to match its investments with tighter control.”

The regime’s quest to rejoin the Commonwealth is also at stake due to violence against its people and has violated principles of the Harare Commonwealth Declaration.

The Declaration was issued in Harare, Zimbabwe, on 20 October 1991, during the 12th Commonwealth Heads of States and Government Meeting.

The Harare Declaration reaffirmed in principle that member countries must: “believe in the liberty of the individual under the law, in equal rights for all citizens regardless of gender, race, colour, creed or political belief, and in the individual’s inalienable right to participate by means of free and democratic political processes in framing the society in which he or she lives; “recognise racial prejudice and intolerance as a dangerous sickness and a threat to healthy development, and racial discrimination as an unmitigated evil; “oppose all forms of racial oppression, and we are committed to the principles of human dignity and equality; “recognise the importance and urgency of economic and social development to satisfy the basic needs and aspirations of the vast majority of the peoples of the world, and seek the progressive removal of the wide disparities in living standards amongst our members.”

In the last visit by the Commonwealth delegation, led by assistant secretary-general Professor Luis Franceschi, it was made clear that assessment of Zimbabwe’s fitness to rejoin the bloc will be based on how far the country has upheld these principles.

Crisis Coalition of Zimbabwe chairperson Peter Mutasa said it would be dangerous for the Commonwealth to re-admit Zimbabwe into the bloc in its current state of repression.

He cited violence against citizens as Mnangagwa’s biggest downfall pedal.

“It is unfortunate that Zimbabwe seeks to be readmitted (into international community) at a time the government is deepening authoritarian rule. The constitution is basically suspended and all rights and freedoms are taken away,” Mutasa said.

“All institutions of the state meant to engender democracy are manipulated and pushed into a partisan agenda. Political violence and persecution is heightening.

“We possibly face one of the most-bloody elections if no preventive diplomatic intervention is quickly crafted and implemented. So far, all the rules in the elections rule books are being disregarded.

“It would be naive and counter progressive for the Commonwealth to ignore all these and unconditionally readmit Zimbabwe. This will seriously diminish the respect people have on the Commonwealth. It will also greatly undermine the local efforts that at great risk citizens are putting into making Zimbabwean government accountable,” he said.

Political analyst Rashweat Mukundu urged the international community to be stiffer on Mnangagwa going into the next elections as he has already sensed that his re-engagement drive is on the brink of crashing.

“There is no way in which Zanu PF can manage its politics and win power without instigating violence and pushing it as a political strategy. So this violence is being organised at the top level of government. It is obviously organised with the involvement of the security sector, that is the CIO, the military and the police,” Mukundu said.

“The police will then of course cover up by saying we are investigating, but we know that nothing has ever happened to any Zanu PF person who has ever committed a serious political crime like murder, abductions, whatever.

“Zanu PF has no capacity to organise violence on its own so it always relies on the intelligence and the military. So we are going to see the whole state machinery being abused to clamp down on the opposition. There is a precedence on this from 2002…So this is going to be a bloody election and the international community must take interest to stop the violence we are already seeing.”