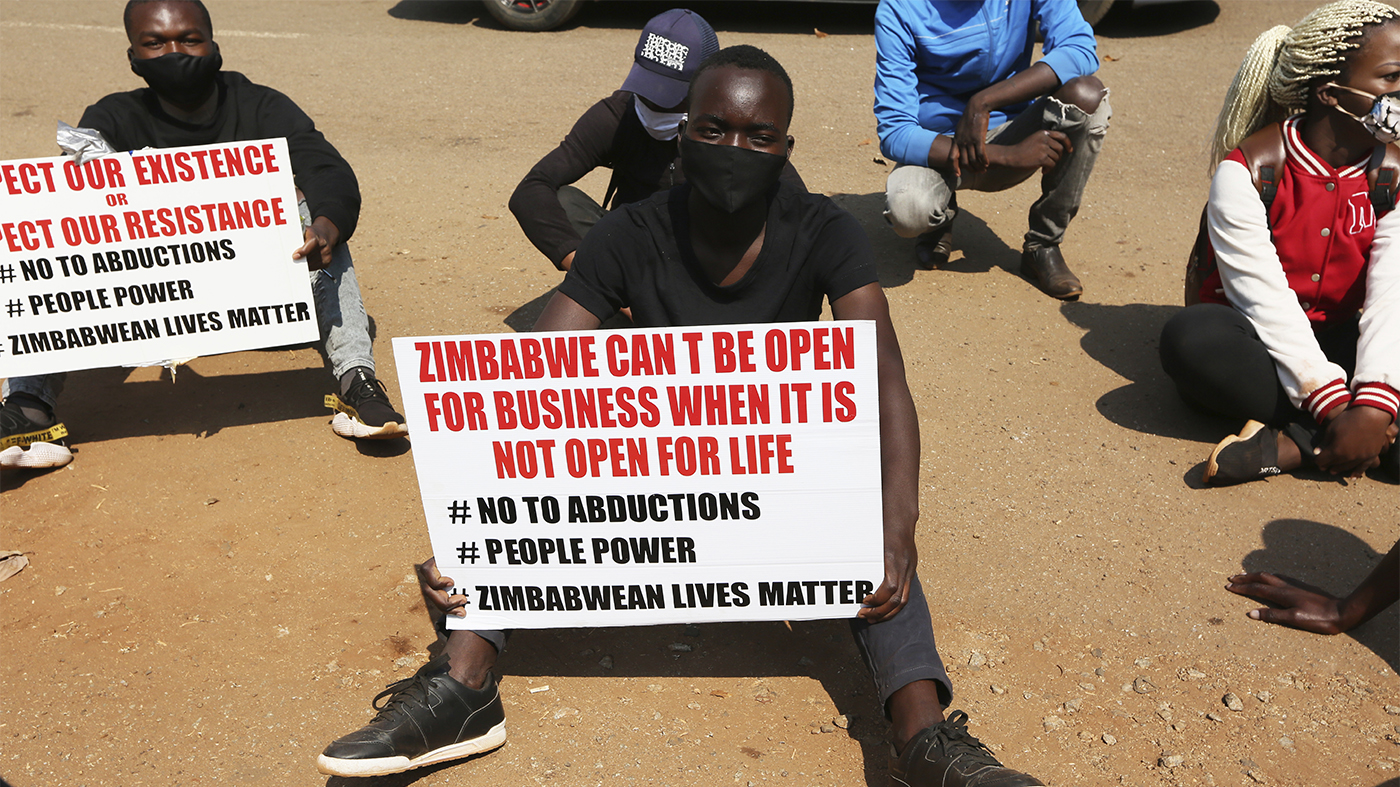 A student and human rights activist holds a banner during a peaceful protest in Harare, Monday, Sept. 14, 2020. Human rights defenders say it appears the government is using restrictions imposed to combat COVID-19 to suppress political criticism. Opposition officials, human rights groups and some analysts accuse Mnangagwa of abusing the rights of critics, using tactics as harsh as his predecessor, the late Robert Mugabe. (AP Photo/Tsvangirayi Mukwazhi)

THURSDAY night’s Constitution Rally on Zoom, attended by countless Zimbabweans opposed to Zanu PF’s mutilation of the constitution, was inspiring in many amazing ways.

Over the years, many exasperated human rights defenders have remarked that perhaps the reason why citizens are not mobilising decisively against autocracy and corruption is because they have not suffered enough. Political commentators have also observed that the masses have often lacked agency at critical moments when their collective voice could have altered the trajectory of bad governance.

On Thursday night, there was no such frustration. What was initially expected to mark the beginning of a winter of

discontent, instead provided remarkable glimpses into the possibilities of a life-changing journey that awaits those who dare to believe in the power of the Zimbabwean dream.

There was no petty politicking. Discussions showed clarity of thought. Soon enough, the hashtag #ResistDictatorship was trending on social media. Predictably, the state-sponsored propaganda trolls were set loose in a desperate quest to counter the pro-democracy narrative.

The government knows fully well the

significant impact of citizen agency. Memories of the blockbuster #ZimbabweanLivesMatter campaign are still fresh. Efforts at international re-engagement lost steam in spectacular fashion when the world realised that there is no “second republic” in Zimbabwe but an entrenched autocratic kleptocracy.

President Emmerson Mnangagwa has badly miscalculated if he thinks he can continue riding roughshod over the wishes and aspirations of Zimbabwean people. The law of unintended consequences will haunt him.

In a grotesque twist of fate, Mnangagwa is managing to accomplish something that has eluded pro-democracy campaigners for decades: uniting the opposition.

He should familiarise himself with the law of unintended consequences. Far from consolidating his power, he may wake up

to an unsettling realisation. He has managed to accomplish a task that has eluded the opposition for decades: uniting the pro-democracy campaigners.

Zimbabweans have suffered from the depredations of a one-party state. The last thing anyone can countenance is the spectre of one-man rule. Citizens have every right to oppose the mutilation of a constitution they overwhelmingly approved in a referendum barely eight years ago.