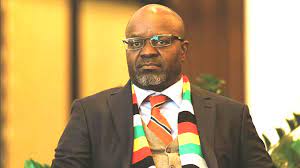 The Bulawayo-based Ncube Attorneys, whose correspondence law firm in Harare is Mbidzo, Muchadehama and Makoni, has reported Manikai of Dube, Manikai & Hwacha (DMH) Commercial Law Chambers to the LSZ — the professional body representing lawyers in the country — over a letter which it says reflects improper and unscrupulous behaviour, as well as “bullying tactics”.

In a dramatic escalation of tensions over the Mnangagwa legitimacy battle, Ncube Attorneys wrote in a letter dated 18 November 2021 acknowledging receipt of Manikai’s earlier correspondence of 11 November 2021, while simultaneously complaining about DMH’s conduct.

“We confirm receipt of your letter dated 11 November 2021. The contents of your letter have been considered and for the record, what is clearly being demonstrated by your letter is unethical and unprofessional conduct,” Ncube Attorneys’ letter says.

“We note with great concern that you are using ‘bullying’ tactics and as such your conduct has been reported to the Law Society of Zimbabwe. Our client shall be filing an answering affidavit and the matter shall proceed to be heard in court.”

Manikai is a senior partner at DMH. He chairs Mnangagwa’s moribund Presidential Advisory Council, which has all but collapsed, amid governance dysfunctionality, as it proved inapt and inept beyond its public relations function. Besides, Manikai is related to Mnangagwa.

Early this month, Manikai filed the respondents’ opposing affidavit before turning around and demanding withdrawal of the case lest the applicant and his lawyers suffer the consequences, in a clear case of litigation by correspondence. This prompted the complaint by Ncube Attorneys.

Ncube Attorneys protested, but said there is no question of withdrawal of the case. They are due to file their answering affidavit anytime soon.

The reporting of DMH to LSZ follows a letter written by Manikai to Ncube Attorneys relating to the Musengezi case, in which he is suing Zanu PF and its senior officials over how they appointed Mnangagwa to the helm through what they say was an unconstitutional and unlawful Central Committee meeting on 19 November 2017, making him an illegitimate and illegal party leader. After filing the opposing affidavit in which he pleads presidential immunity for Mnangagwa — who is not the main respondent as Zanu PF actually is — amid claims Musengezi has no locus standi (legal standing), Manikai now wants the matter withdrawn.

“We refer to the above matter in which we act on behalf of 1st to 4th respondents (Zanu PF, Mnangagwa, Mpofu and Chinamasa respectively) whose behalf we filed notice of opposition and opposing papers on the 5th of November, 2021 (opposing papers). We note that your client did not specify his address of residence or business, as required by the High Court rules, and thereby risking our clients in effort to recover costs that might be made against him in this matter,” Manikai says.

“Following opposing papers filed on 5 November 2021, the respective views of our clients has not changed. The respectful stance taken by our clients (which we agree with) is that your client has no case and the present application is devoid of merit, has been brought for ulterior motives and illicit purposes, including seeking the glory of publicity and for political purposes. lt has, therefore, been made in bad faith, is frivolous and is intended to play to the gallery, and thereby is an abuse of the privilege of the Honourable Court.

“It is therefore advisable for your client to withdraw his application unconditionally at this stage, tendering wasted costs, to avoid further abuse of process and privilege and forcing the respondents to incur additional costs defending this spurious and vexatious matter.

“In the event of your client not heeding this clarion call, our clients would be left with no other alternative but to seek costs de bonis propriis against you, on the basis and grounds that your client is facing primarily legal and supremely incontrovertible contestation; proceeding further would be evidence of gross negligence, and with respect, frivolous action in the advice rendered to your client.

“There is a plethora of relevant case law in this regard , including but not limited to the following: Matamisa v City of Mutare & Others SCfia / 98; Manpac (Private) Limited v People’s Own Savings Bank & Anor HCLLO26/L4; South African Liquor Traders Association and Ors v Chairperson, Gauteng Liquor Board and Ors 2009(L) SA 565 (CC).

“We reiterate that your client has no locus standi to bring this matter as he is not a member of the Zanu PF, no leave has been sought to sue the President of Zimbabwe, the present matter has prescribed by law, and the matter is moot having been overtaken by events, and at any rate there are now material disputes of fact which cannot be resolve on the papers. Further, your client has not exhausted domestic remedies and the relief being sought by your client is incompetent. All these factors point to the conclusion that this application is ill-founded and ought to be withdrawn.

“This proposal is open for acceptance by your client and yourselves within seven days of the date of this letter, after which it should be treated as having been withdrawn and of no force and effect, unless extended prior to the expiry. In the event, our clients would be placing a copy of this letter before the Honourable Court in motivation of the prayer for costs de bonis propriis.”

Commenting on social media, Bulawayo lawyer Sindiso Mazibisa described it as “litigation through correspondence”, which he said is “laughable”.

United Kingdom-based legal expert Alex Magaisa said on a Facebook post accompanied by the letter: “I have noted request for a comment regarding the letter (by Manikai) to Sybeth Musengezi. It may not be appropriate to do so at this stage except to refer to the wisdom of the ancestors that when a blind man challenges you to a stone-throwing contest it is probably because he has his foot on a stone!”

Magaisa — emphasising that the matter is mainly between Musengezi and Zanu PF while Mnangagwa was enjoined as it affects him as an interested party — added: “I’m with Sindiso. The letter doesn’t reflect the high station of the lawyer whose name is attached to it (Manikai). If it had come from a young, junior and inexperienced lawyer who has limited appreciation of decorum, I would look past it. It’s too emotional and threatening suggesting panic, also that there is foreknowledge of the outcome. I know Bla Edwin and he is far too balanced for this type of communication. If he indeed penned this as the signature suggests then maybe on a better day he might reconsider it.”

Another senior lawyer, who preferred anonymity, said Manikai’s letter had undertones of “aggression, entitlement and impunity”.

“Attorney-client relationship is the most important aspect of professional life of lawyers. When lawyers enter into professional relations with their clients they become bound by several ethical and professional duties and obligations,” the lawyer said.

“Some of those basic ethics include that lawyers should avoid conflict of interest and not adopt a client’s cause. An effective justice delivery system requires ethical and professional lawyers. As torch bearers of justice and officers of the court, they have to be professional. Every legal practitioner must be cognisant of that.

“With this in mind and in this case, it is clear Manikai is close to the client (Mnangagwa) – thus proximity to power –; he has almost adopted his client’s cause, and tied himself in knots in the process. His letter has ethical and professional implications, which is what his colleagues are complaining about.”

The lawyer added: “One of the most common mistakes clients make is to assume that their lawyer is doing a great job due to the number and nastiness of their letters to the other side. That’s litigation by correspondence. It is absolutely a waste of time and money. A nasty letter usually causes the other side to dig in more as we can see in this case. It costs money, but does not resolve anything. It escalates conflict instead of de-escalation. Such correspondence is not evidence, thus has no value in court.”