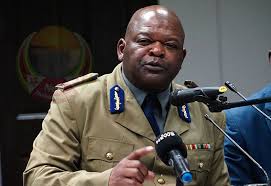 NORTON MP Temba Mliswa has written to the Zimbabwe Anti-Corruption Commission (Zacc) demanding the anti-graft body should investigate police commissioner-general Godwin Matanga on a series of allegations, including flouting tender procedures while by buying luxury cars for senior officers.

Some Zimbabwe Republic Police (ZRP) bosses have over the past few weeks been arraigned before the courts facing varying charges relating to corruption.

Mliswa, a self-styled and controversial corruption-buster previously accused by opponents like business tycoons Billy Rautenbach and Paul Westwood of corrupt practices, on Tuesday wrote to Zacc chairperson requesting it to probe what he described as grand scale corruption into the professional conduct of the police boss. The outspoken legislator recently accused President Emmerson Mnangagwa’s twin sons Collins and Shaun – whose mother is First Lady Auxillia – of corrupt practices.

“Sometime in December 2019, CG Matanga, in the company of his chief staff officer, transport and logistics, commissioner Hlabiso, is alleged to have paid a visit to Croco Motors with the intent to purchase eighty (80) operations vehicles without following due tender process and procedure,”

Mliswa writes in a letter dated 22 October. The MP confirmed he wrote the letter.

“However, during routine inMliswa accuses top police boss of corruption involving cars spections of Croco Motors, Zimra officials discovered various anomalies in the procurement process of the aforementioned vehicles. As
an alarm was raised, CG Matanga is alleged to have panicked and subsequently could not make collection of the vehicles as initially agreed.”

Mliswa goes on: “Matanga is then alleged to have hastily made an attempt to institute regulated tender procedures in retrospect, but in vain. Matanga then proceeded to have payment made for fifteen (15) of the eighty (80) ZRP branded vehicles which are currently parked at the ZRP warehouse, Transport Section, whilst the remaining sixty-five (65) ZRP branded vehicles remained at the Croco Motors bonded warehouse in Harare.

“Frantic efforts by Matanga to engage the Croco Motors owner, Mr. Chiwenga are alleged to have proved fruitless leaving Matanga exposed and in a quandary as to how to proceed. Matanga is subsequently alleged to have initiated negotiations for condonation papers for the ZRP branded vehicles at the Croco Motors bonded warehouse as a way of concealing his corrupt administrative practices.”

Mliswa further alleges that the price paid for these vehicles by the ZRP was approximately double the actual value of the vehicle from other players who were denied the opportunity to tender as the procurement process was flouted and fraught with irregularities whilst prejudicing the ZRP of a huge sum of money in the process.

“The total number of vehicles is yet to be verified. Once again acting in connivance with commissioner Hlabiso and this time with Scanlink representatives, the values of the aforementioned vehicles were inflated two-fold at the behest of Matanga. This price anomaly however came to light, and in an attempt to conceal the corruption, the police tried to engage Scanlink to reimburse the value of the inflated amount,” Mliswa says.

“I further have it on good authority that Matanga is the recipient of five (5) residential stands at the Sandton development near Westgate in Harare, obtained through allegedly corrupt means through a one, Felix Munyaradzi.
Furthermore, it is also believed that Matanga is the beneficiary of further stands through the then Mayor of Harare, Herbert Gomba. As a result an investigation into these allegations is necessary.”

Mliswa also accuses the police chief of engaging in “unsavoury and criminal alliance” with officials from the Special Anti-Corruption Unit and controversial businessman Delish Nguwaya.

“It is further recommended that an investigation into the existence of an alleged syndicate amongst senior police officers be conducted. This alleged syndicate is purported to be at the forefront of purging senior officers involved
in opening dockets and gathering evidence against perpetrators of corruption within the ranks,” Mliswa says.

“This cartel is further believed to be working against the gains of the Second Republic in direct contravention of the efforts at stability and unity as proclaimed by His Excellency, President E. D. Mnangagwa and as a result pose an imminent security threat that must be nipped in the bud.”

Contacted for comment Zacc Spokesperson John Makamure said he was on leave this week and could not comment on that issue. Police spokesperson Paul Nyathi said he had not yet seen Mliswa’s letter and Croco Motors boss Moses Chingwena was not available for comment.