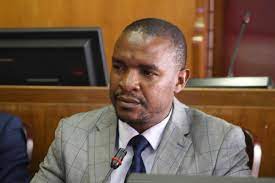 TRANSPORT minister Felix Mhona (pictured) has submitted to Parliament a breakdown of amounts of money paid to condemned companies that were controversially awarded tenders to rehabilitate roads in Kwekwe.

The monies, all paid in United States dollars, exceed the ZW$68 million amount allocated to the city under the Emergency Road Rehabilitation Programme (ERRP2) by the Zimbabwe National Road Administration (Zinara).

The source of the additional funds is unclear, amid fears that Treasury was bullied into disbursing more money from the taxpayers’ purse.

The ZW$68 million allocated for road rehabilitation translated to less than US$1 million at the interbank rate when the companies were contracted, but figures given to Parliament by Minister Mhona in his breakdown translate to more than US$7 million.

In his written response to questions with notice raised by Mbizo MP Settlement Chikwinya, Mhona said Birthday Construction Company was paid US$ 1.6 million, Zada Construction US$1.5 million while the Central Mechanical Engineering Department got US$3 million for road repair.

The minister also revealed that two more companies were paid for the road works. These are little-known Linash Construction (US$146 725) and Release Power which got two tranches of US$292 990 and US$309 020.

The minister claimed that public procurement law was followed in awarding the tenders.

“Madam Speaker, the proof of tender processes: Let me hasten to say the awarding of contracts has been done above board with due processes being followed including reviews by the Special Procurement Oversight Committee (SPOC) under the Procurement Regulatory of Zimbabwe (Praz),” he said.

While Mhona seemed to paint a rosy picture of the road projects in the august House, he personally condemned the companies which were contracted when he visited Kwekwe on 6 February this year to assess the work.

His deputy, Mike Madiro, who also visited Kwekwe last week (four months later), to monitor progress on the road works, also condemned the companies for the shoddy job they did and promised to blacklist them.

People who live in Kwekwe,  including councilors and legislators, did not know the names of the companies that were repairing their roads as their identities were a closely guarded secret until Mbizo MP Settlement Chikwinya forced Mhona to disclose them in the National Assembly.

In an interview with The NewsHawks, Chikwinya said he was not satisfied with the responses brought to Parliament by Mhona.

“His figures are different from those which are at Kwekwe City Council. Secondly, from our inside sources, the names of directors he gave are actually names of managers at the companies. We wanted to know the real owners of the companies so that we could check if they are linked to the powers-that-be,” he said.

Chikwinya, who also sits on the National Assembly’s Transport portfolio committee, stressed that Minister Mhona was supposed to just bring copies of the CR14 certificates of the companies as they appear at the Companies Registry so that names of owners of the firms are disclosed.

“The roads were condemned by residents, the minister himself and his deputy. There was no value for money at all as this scheme ended up being a looting platform with known looters getting away with impounity. We are going to pursue this matter further,” vowed Chikwinya.