GOVERNMENT is implementing an ambitious plan in the quest to attain a mining sector that generates US$12 billion by 2023.

This represents a 344% increase from the US$2,7 billion which was raked in by mining in 2017. Currently, mining is contributing 18% to our Gross Domestic Product (GDP). It is also our biggest foreign currency earner.

Clearly, the current and future importance of mining in contributing towards the growth of our economy cannot be overstated.

This article is not disputing the practicality of the US$12 billion target. The question is: How can the mining economy be made to lift millions of Zimbabweans out of poverty?

Of late, evidence of leakages in the mineral sector, especially the gold sub-sector, has spawned a hypothesis that significant amounts of money are being salted away from the economy. It is a pattern carried over from the diamond revenues saga where Treasury got a measly contribution from the gemstones with potentially billions of US dollars’ worth diamond revenues unaccounted for.

The enablers for growing the mining sector are well-known and documented: these include stable and predictable policies, curbing corruption, stable and free-floating currency, liberalised markets, a growing economy (attractive to investors), normalisation of international relations, security of property rights, upholding of basic freedoms, as well as independent and strong institutions. These fundamentals will support the growth of our mining sector through laying the foundation for secure investments.

There is no debate on the necessity of these enablers. Here is the conundrum: Is there willingness to implement viable action towards giving practical effect to these enablers? 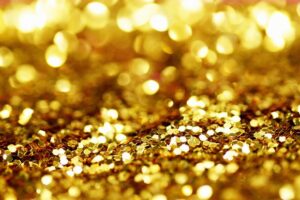 The overarching context is that of extractive political and economic institutions that seem to have become the DNA of our governance culture, in both the public and private sectors. Extractive governance systems, by design, are exclusionary in terms of decision making.

The key pillars of good governance, such as transparency and accountability, will not be honoured if the lack of commitment to uphold these pillars is systemic. Even the call for extracting more value from our mineral resources via value addition, as noble and logical as it is, will result in growth that accretes around only a privileged few.

This leads us to another question: How can we move our nation from an extractive governance culture? Some have argued that we need to re-establish democratic norms so that our institutions become inclusive. It is difficult to see how a systemic extractive culture can be expunged when the benefactors of extraction stand to lose out by allowing wider inclusion.

Some societies with relatively closed democratic spaces have achieved economic prosperity for their citizens by sharing the wealth generated. Some wealthy oil-rich Gulf states have impressive per capita GDP rates and high standards of living. One such Gulf state charges no tax on individuals. South Korea transitioned from being an economic backwater on the back of a leadership that came to power through a coup, closing democratic space but establishing an inclusive economic system. Democratic space was gradually opened in South Korea.

In all these examples of societies with extractive politics but with inclusive economics, the political security of the incumbent provides fascinating insights.

In Zimbabwe, we have no political certainty at the moment because the issue of legitimacy remains heavily contested by the main political opposition.

It is clear that we need political stability in order to reduce extractive tendencies. Only under political stability can we expect a transition towards inclusive economics. Under a politically stable environment we can expect our governance system to make commitments towards distributing the benefits of our mineral economy widely to improve living standards.

One way of ensuring our mineral wealth is harnessed in the national interest is by way of supporting a sovereign wealth fund. With a US$12 billion mining economy, government can target that 1% of the annual revenue be put in a sovereign wealth fund. That will create US$120 million capital every year that can be harnessed by corporate private sector and small businesses (the key driver of economies in advanced countries, contributing about 70% to GDP).

Mining, being a terminal industry, needs to be leveraged on by government to build and sustain other sectors for sustainable economic growth. By supporting small business through a sovereign wealth fund, the proceeds from the mining sector can assist thousands or millions of entrepreneurs to create more wealth. This sovereign wealth fund will have to be grown through strategic investments that will help diversify our economy, support value-addition and open up new economic sectors.

The private sector should have access to the funds in order to upgrade machinery and to improve the competitiveness of our products and services. This proposal is based on the assumption that extractive tendencies will be minimised in a stable political environment. Without that change, the sovereign wealth fund will simply become another opportunity for corruption and systemic extraction.

Here is an extract from Saudi Arabia’s Vision 2030 document: “We shall have zero tolerance for all levels of corruption, whether administrative or financial. We will adopt leading international standards and administrative practices, helping us reach the highest levels of transparency and governance in all sectors. We will set and uphold high standards of accountability. Our goals, plans and performance indicators will be published so that progress and delivery can be publicly monitored.”

This neatly sums up what is needed to harness Zimbabwe’s mineral revenues in the national interest. Political stability is needed to reduce extractive tendencies so that our governance moves towards supporting economic inclusion.