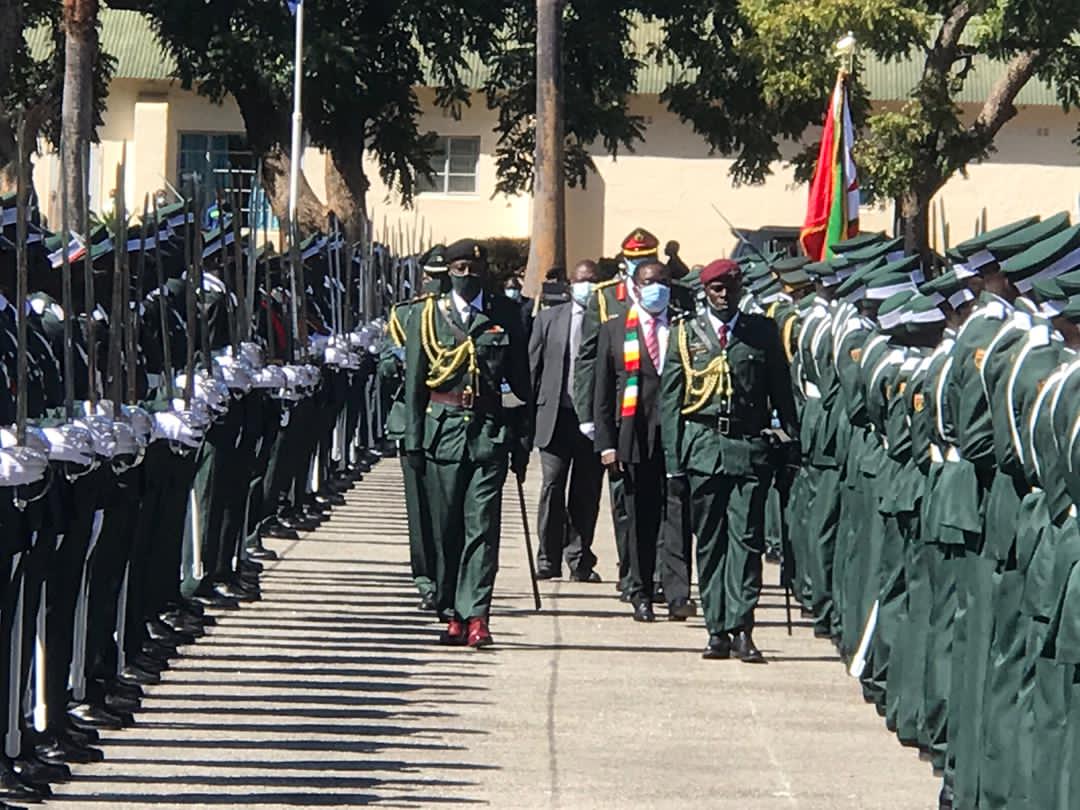 AN examination cheating scandal has rocked the Zimbabwe National Army (ZNA) after more than 100 soldiers – including one with links to the Commander-in-Chief President Emmerson Mnangagwa – breached rules and engaged in dishonest practices to forge Ordinary Level (O’ Level) mathematics results to secure promotions, The NewsHawks has learnt.

A pass in O’ Level maths is one of the prerequisites for junior commissioned officers to sit for military examinations before they can be promoted to the rank of captain.

The officers, the sources said, have been given up to November 2022 to present genuine results slips which are confirmed by the Zimbabwe School Examinations Council.

Sources said failure to prosecute the offenders in terms of the law was due to the fact that one of the soldiers is linked to the commander-in-chief.

Exams cheating is rampant in Zimbabwe. Students or candidates sometimes get leaked papers or engage in various dishonest methods – including forgery – to pass.

Information gathered by The NewsHawks shows that the army careers department and units last year conducted an investigation into exams cheating which revealed that the officers had misrepresented to the military that they had passed the subject when they had not.

Officer cadets, who undergo 24 months of training at the Gweru-based Zimbabwe Military Academy (ZMA), are expected to have at least six points at Advanced Level and five O’ Level subjects, including maths and English, to get enrolled.

However, during ZMA recruitment exercise, maths can be waivered, especially on potential recruits from marginalised societies where the pass rate is low due to their peculiar circumstances.

After pass out parade at the ZNA, the young officers are deployed to various units as second-lieutenants and after making a firm commitment to continue to serve, they then undergo the platoon commanders’ course (PCC) at a later stage, which is one of the prerequisites for a full lieutenant to sit the next examinations.

At the stage maths then becomes a must for one to sit these examinations, military source said.

“A lieutenant can actually be promoted to the rank of captain without undergoing PCC although they will be required to under the training at Nyanga’s All Arms Battle School,” a military source said.

“Internal investigators worked with the Zimbabwe School Examinations Council (Zimsec) and it is during these investigations that it was found out that the passes which the officers had presented were forged. By then, all those who sat and passed the examinations had already been promoted to the rank of captain. The board saw it fit to instruct them to rewrite the exams instead of stripping them of their ranks due to the large numbers. So as it stands their results have been nullified.

“The officers were working with colleges and some Zimsec officials who failed to beat the system in terms of authenticating the forged results.”

Contacted for comment on the issue, ZNA spokesperson Colonel Alphios Makotore asked The NewsHawks to send an email to an officer named Collen Murahwa.

There was no response to the questions at the time of publication.

Efforts to get in touch with Zimsec were unsuccessful.

Parliament concedes that Mnangagwa did not assent to constitutional Bill