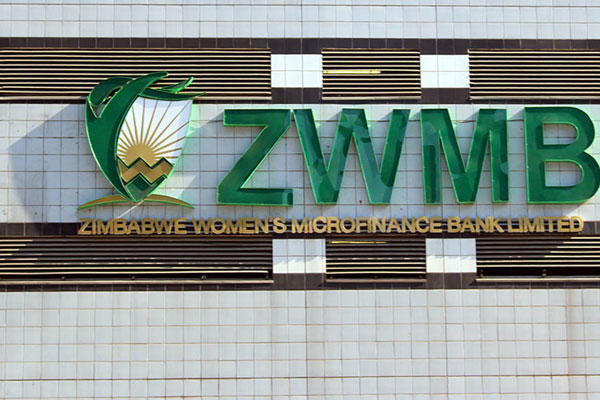 SINCE the COVID-19 pandemic began, microcredit industry was expected to play a major role in combating the enormous economic and social damage the crisis.

The industry can do this by maintaining the supply of microcredit to millions of microenterprises and self-employment ventures, thereby ensuring that they can return to full operation.

Standing in the way of these plans, however, is the precipitous collapse in economic activity in the informal sector where these most microcredit providers serve.

This has meant that many clients of microcredit institutions have been unable to make the repayments due on their existing microloans, which is inevitably putting many of these institutions at risk.

This problem was initially addressed by various repayment moratoria which was extended by some microfinance institutions. The hope was that clients in difficulty could survive the early stages of the crisis, before recommencing repayment of their microloans once the immediate danger had passed.

As the likely length of the pandemic started to become clear, however, some stakeholders are proposing various bailout programs to come into effect aiming to directly assist struggling microcredit institutions as well as help prop up the banks and investors that fund their lending activities. The hope attached to these bailouts is that the bulk of the microcredit industry can be rescued, and that it will continue to supply the volume of microcredit needed to facilitate a post-pandemic recovery.

However, bailing out the existing microcredit industry is the very worst way to assist the global poor at this critical juncture in world history. This is because it is now increasingly accepted that the microcredit model is a problematic intervention.

Even one-time microcredit advocates (now including Abhijit Banerjee and Esther Duflo, the 2019 winners of the Nobel Prize in Economics) have grudgingly begun to accept that the microcredit model has essentially had zero impact on poverty.

And some heterodox economists (myself among them) go even further, arguing that the microcredit model has actually seriously undermined the effort to address poverty in the country to date. So it makes no sense to use scarce government and international development funds to prop up what is clearly a failed anti-poverty intervention. Such a move would constitute a textbook example of “throwing good money after bad.”

What is needed instead is an immediate and intense effort to completely rebuild local financial systems all across the country.

The over-arching aim must be to ensure that in the future, local financial systems will much more effectively and equitably promote the real economic and social interests of the poor, rather than the commercial interests of a microcredit institution’s owners and investors.

The ideal roadmap as to how we might “build back better” can be found in the New Deal, launched in the U.S. in the early 1930s by President Franklin Roosevelt. One crucial driver of the New Deal’s great overall success was its effort to radically restructure America’s rural financial sector. Instead of simply bailing out a wave of collapsing private rural financial institutions – a move he believed would achieve nothing – Roosevelt enacted a series of far-reaching financial reforms.

Beginning with the Farm Credit Act of 1933, these reforms completely transformed the country’s rural financial system in just a few years, reshaping it into a largely cooperatively-owned and managed financial structure serving rural communities across the U.S. This quickly provided these struggling communities with a source of low-cost, long-term funding suitable to restart agricultural operations.

This crucial step played a key role in securing recovery, and the poverty crisis precipitated by the Great Depression was soon resolved. Moreover, the largely farmer-owned financial structures created by the Roosevelt administration went on to play a decisive role in financing the U.S. agricultural sector in the longer term.

A similar New Deal-style transformation of local finance in Zimbabwe is desperately needed. As a central element, this would involve bailout funding going mainly, if not exclusively, to those struggling microcredit institutions willing to convert into community-owned and controlled financial institutions that is conversion into either a credit union, a financial cooperative or a community development bank.

Why these particular financial institutions? Because they have a successful anti-poverty track record – not just in America as part of the New Deal, but also around the world over the subsequent decades, where they have been a key element of securing sustainable poverty reduction and equitable development, particularly in the wake of economic crises.

This is a record of success in poverty reduction and local economic development that is far better than anything achieved by even the most effective microcredit institutions.

One of the keys to the ultimate success of these institutions is that they exist to reinvest wealth back into the community, rather than to extract it from poor customers and send it upwards and outwards into the hands of wealthy, often foreign-based business owners and investors, as is clearly an unspoken strategic goal of many microcredit institutions today.

They also help to embed democracy and participation deeper into the fabric of the local community, through democratic ownership and the member participation in major decisions this entails. Even if imperfect, this is always a good thing, but it is especially important at a time in history when democratic structures and traditions are being increasingly challenged around the world by populist politicians and powerful corporations.

To achieve this, one obvious method would involve a debt for equity swap, in which shareholders and investors in formerly highly profitable microcredit institutions are persuaded to convert all or part of their equity into an agreed amount of debt in a newly reconstructed community-owned financial institution.

This debt could then be repaid to the now former owners and investors over a limited time period. This would encourage them to manage the transition expeditiously, with a view to being repaid in full in due course.

In addition, many microcredit institutions have grown rapidly on the back of loans from banks, investment bodies and self-declared “social impact” investors, which provided funds for on-lending to customers. The bulk of these loans should be written off, to allow the new institution to get the best possible start.

The justification for this is that both equity investments and loans provided to microcredit industry have all too often generated spectacular returns for wealthy investors, banks and a new generation of microfinance investment vehicles, so accepting their share of the pain at such a critical period in world history seems only right and fair.

If microcredit institutions were to undergo this evolution, there is no shortage of valuable expertise and resources that Zimbabwe could tap into. For instance, knowledge of how to build highly effective cooperative-based financial institutions can be obtained from Germany’s Sparkassen and the German cooperative movement’s apex organisation DGRV, Italy’s LEGA cooperative federation, and the U.K.’s Co-operative College.

For obvious reasons, the organisations that supported and, in many cases, hugely profited from the dramatic rise of commercial microcredit would almost certainly balk at the radical changes proposed here.

Instead, microcredit institutions in danger of collapse due to the COVID-19 crisis will prefer bailouts that come on a “no strings attached” basis, just like Wall Street’s failing big banks in 2008 demanded and were given – even though these banks clearly created the very crisis that would have otherwise destroyed them. Wholesale reform of this nature would be one of the very best ways of dealing with the enormous challenges that lie ahead.

*About the writer: Kaduwo is a researcher and economist. He writes in his personal capacity. Contact [email protected]: Whatsapp +263773376128

Black market war: No one wins