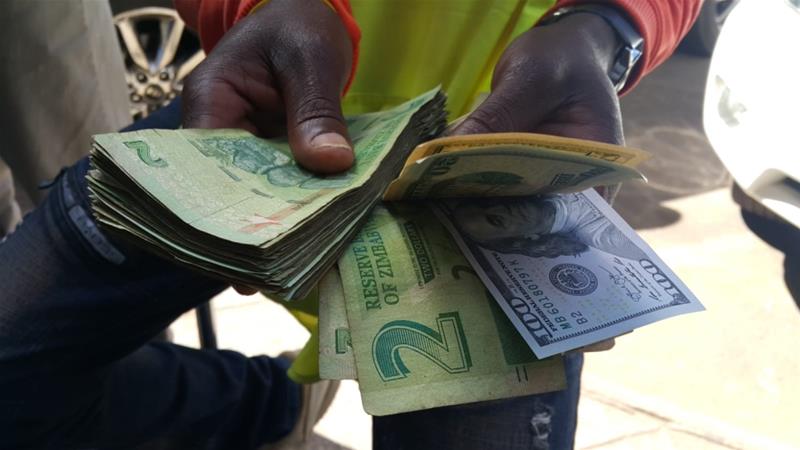 ZIMBABWE’S microfinance institutions (MFIs) surpassed the historic ZW$1 billion mark in on-lending by the last quarter of 2020 as appetite for short-term loans surges against the backdrop of a floundering economy.

MERLIN GARWE
The country’s economy recorded two successive years of contraction in 2019 and 2020 compounded by droughts, cyclones and, more recently, the outbreak of Covid-19.

The Zimbabwe Association of Microfinance Institutions said this reflected a strong comeback of the sector in a period when the country is slowly emerging from economic recession and the health pandemic.

The association added that discussion with microfinance institutions generally reflects that most have adapted to the new normal environment through embracing digital solutions for their operations.

While the impact of lockdowns during the year 2020 was severe at the beginning because of its suddenness and quick interference with normal business operations, many MFIs were quick to adopt strategic business options aimed at ensuring business survival and continuity.

“Of notable institutional characteristic and development that became a reality in 2020/21 is the awarding of perpetual licences by the regulators to many of the credit only MFIs, of which is likely to enhance the image of MFIs in the eyes of investors and government as credible players in the business of lending in Zimbabwe. The credit-only MFI portfolio recorded a remarkable growing trend during the quarterly period of September to December 2020,” Zamfi said.

“As at 31 December 2020, the outstanding loans amounted to ZW$1.225 billion compared with ZW$651.1million as at 30 September 2020 and ZW$567.7 million reported in June 2020. This is the first time the sector to hit a “billion” lending mark and as such represent a strong comeback of the sector in a period when the country is slowly but surely coming out of the woods on economic recession and the health pandemic. A large percentage of the portfolio is made up of consumption and business loans amounting to ZW$464.2 million (38%) and ZW$385.3 million (31%) respectively. The bulk of the consumption loans during the period are reflective of the family needs for basic requirements.”

The quality of the loan portfolio for credit-only MFIs has continued to show a downward trend with the portfolio at risk ratio of 9.35% being reported as at 31 December 2020 against 15.36% and 19.5% recorded in September 2020 and June 2020, respectively.

This was largely related to resumption to normal business and reduced business risk after a period of lockdown during the March to June 2020 period.

The majority of the MFIs are dedicating the greater portion of their assets to micro lending portfolio as represented by an industry average of 66%, up from 54% reported in September 2020.

“Of notable improvement is the decrease in debt to equity ratio from 1.3 to 0.7, an indication that MFIs are relying more of their own equity instead of debt to fund their operations. Core capital for credit-only MFIs, largely made up of equity and retained earnings, recorded an impressive increase from ZW$420 million, to ZW$778.6 million reflecting the MFIs capital injection in preparation for compliance with new minimum capital levels of USD$25 000. The credit-only MFI sector for the 12-month period reported total financial income amounting to ZW$7 457 million against operational expenses ofZW$422.5 million, leading to a net profit of ZW$323.2 million and Operation Self Sufficiency (OSS) ratio of 176.3%,” Zamfi said.

The deposit-taking MFIs, on the other hand who are members of Zamfi, reported a total loan book of ZW$155.5 million and average Portfolio At Risk 30 ratio of 7.53% as at 31 December 2020.