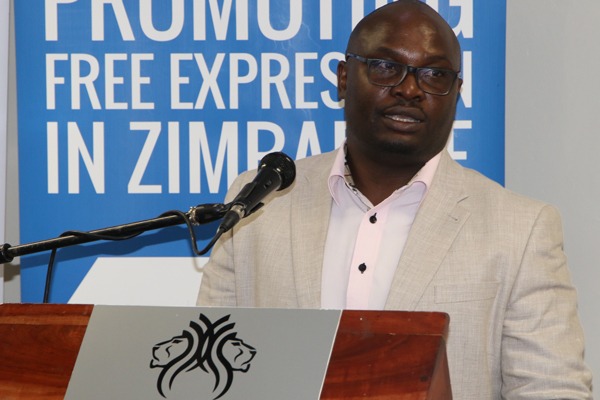 MEDIA experts say players must come up with a clear co-regulation position and implementation strategy to ensure the government does not manipulate the process to come up with a position similar to state regulation.

Currently, the Zimbabwe Media Commission (ZMC), a statutory body, is responsible for regulating the media, with players in the industry initially insisting on self-regulation.

The government is however working on the Media Practitioners Bill which seeks to embrace the principle of co-regulation and a draft is expected by April.

Speaking at the stakeholders’ conference on media co-regulation on the Media Practitioners Bill this week, participants said co-regulation must be clear and not favour the state at the expense of practitioners.

The event was organised jointly by the Voluntary Media Council of Zimbabwe (VMCZ) and the Media Institute of Southern Africa (Misa) Zimbabwe chapter and attended by several media organisations, academics and journalists.

Zimbabwe National Editors Forum (Zinef) chairperson Dumisani Muleya said co-regulation is the way to go, but actors must be wary of state manoeuvres to maintain a grip in an arrangement similar to state regulation.

“There is no doubt that the state, where they sit now, they are trying to manipulate how co-regulation should work in order to retain the practice and substance of state regulation,” Muleya said.

“This is their agenda. I will be surprised that they will be actually thinking the same as we are doing — they are not,” he added.

Muleya, who is also Managing Editor of The NewsHawks, said the Bill was at a critical stage that needs “a strategic retreat which this represents in order to crystalise and consolidate the process and the gains made so far.”

“You need legitimacy and therefore you need to carry at all times all your stakeholders and part of carrying them is not just about gathering like this but update them to know where we are, what is happening and what needs to be done. In this last mile we are in we need to cross the line as a united front and get what we are lobbying for.”

“What’s going to be the matrix? Are we going to two bodies or one consolidated body? We are hearing of the word eclectic, who is part of this eclectic mix? Who are the players? Let us know them in advance because if we don’t they will then be introduced at some stage where we will not be able to reverse and in the process you can have an eclectic mix which is as bad as state regulation because if you are going to have a body with most of its representatives favouring a status quo, it doesn’t help,” Muleya said.

Voluntary Media Council of Zimbabwe executive director Loughty Dube said co-regulation was the way to go and said the government’s sincerity on the matter will be seen by the draft they will present.

“What is incumbent is the government has come up with a co-regulatory framework so what we want is a framework that espouses both self-regulation and statutory regulation,” Dube said.

“There is no need for the government to set up new bodies but just to recognize the statutory Zimbabwe Media Commission (ZMC) and a self-regulatory body through the structures and we are hoping that when they do that they allow the independence of the two bodies executing the same task which is to enhance professionalism in the media using a common code of ethics,” the Media Alliance of Zimbabwe (MAZ) deputy chairperson said.

“The sincerity of government will be seen when they produce the draft Bill because they are the ones doing it. Their sincerity will be seen in what they will give. The proof of meaningful engagement would be a very well appreciated and accepted Bill that espouses everything that was discussed and the essence of a bad Bill is the one that discards what was discussed and agreed to.”

Veteran journalist Andrew Moyse said there was a need to be wary as the government was likely to want to maintain its grip in controlling the media.

“It is all because the government wants to control the media. All is to limit freedom of expression and what we can write. Anything critical to them will become unethical and you will be unethical by being ‘unpatriotic’,” Moyse said.

“Be careful and stop that. Some will come with criminal penalties, by the way, so be wary of this Bill. It will be a heavy burden on all of us as journalists. We are being bullied but polite about it. You have to stop it or delay it in any way we can.”

Misa Zimbabwe director Tabani Moyo (pictured) said: “We have been pushing for this co-regulation for some time. We are concerned over why the government seem to be backtracking on what we would have agreed over co-regulation and we have to be clear that we do not want to usurp the powers of the ZMC but we want to be the first to hear the complaints and then take over from there.”