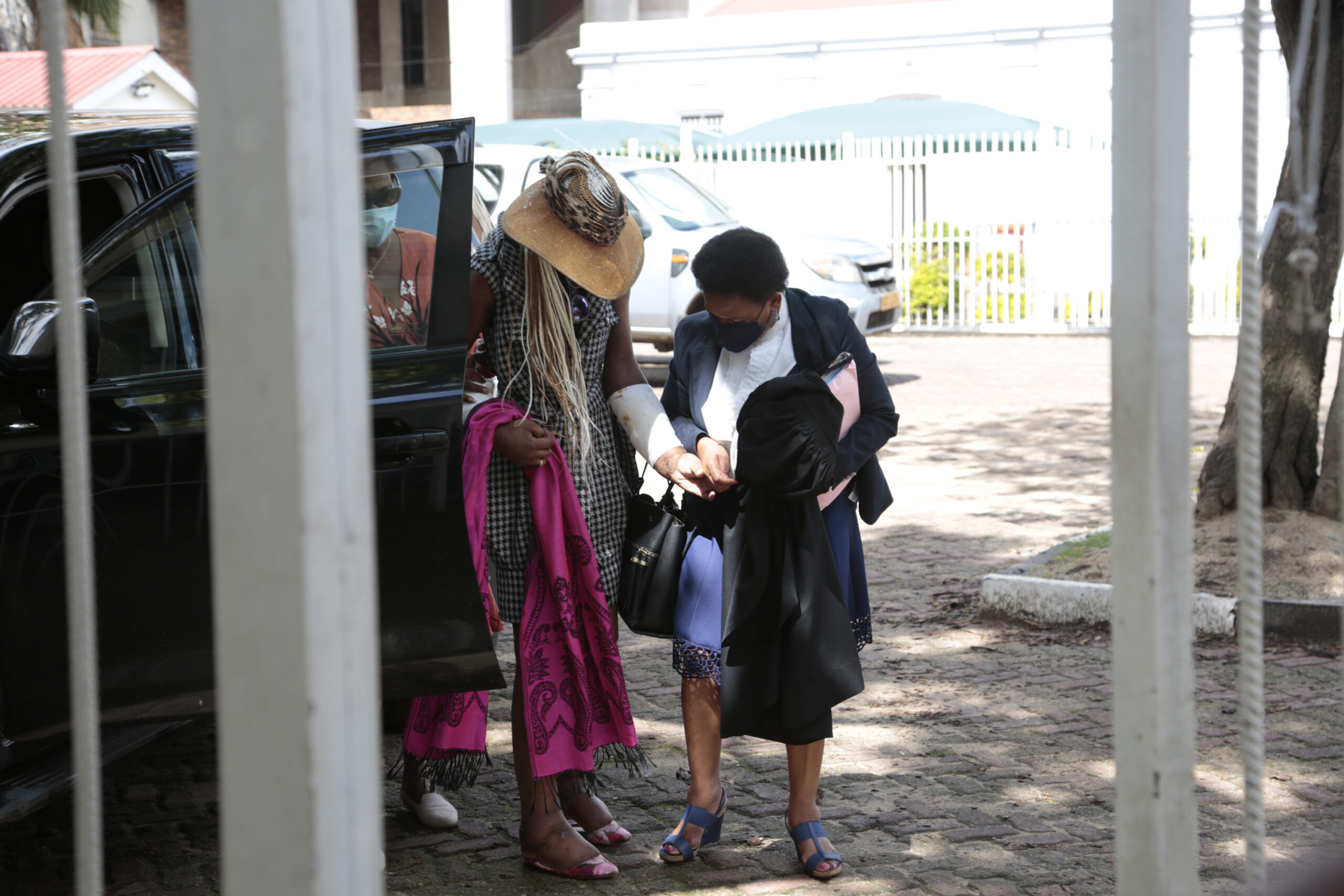 THE fate of Vice-President Constantino Chiwenga’s estranged wife Marry is drawing closer after the state closed its case in a matter she is accused of forging the former military general’s signature in a bid to upgrade their customary marriage.

Marry will know the outcome on 4 February when Harare magistrate Lazini Ncube delivers his verdict after a fast-tracked trial in which 11 witnesses, including Chiwenga, gave evidence against the former model.

Marry has made efforts to come to court each time she was required to do so, even as her ailing body sees her routinely collapsing.

At one time she was brought to court in an ambulance before being wheeled up the stairs on a stretcher bed.

Court had to proceed while she sat in a wheelchair with cables dangling from her body while an aide stood by her side supporting a drip pack.

About four times, Marry has collapsed outside the courtroom.

Marry takes several medicines including pain killers, antibiotics and sedatives which, according to her lawyer Beatrice Mtetwa, make her body weak and painful.

Her hands are swollen, especially the right one with septic wounds.

The same applies to her feet, which hardly fit into her shoes and she has to literally drag herself while supported on both sides to move from one point to another.

In court, Marry sits with an assistant by her side, sometimes falling asleep in the dock as her lawyer fights for her freedom.

On her last court appearance, Mtetwa resisted the state’s attempts to submit written evidence by the late jeweller Michael Louzidis, who allegedly designed the couple’s marriage rings before he died.

“The admissibility of the statement under current positions requires the state to thoroughly examine the witness. 12 witnesses were called, but they denied false representation, and what is in the state outline does not say the accused misrepresented. We do not know what the deceased knew about this case, and he cannot be cross-examined because he is no longer there,” Mtetwa argued.

Louzedis died on 14 December last year before he could take to the witness stand.

Ncube dismissed the state’s application, saying it would be unfair to accept the statement, considering that the defence would not be able to cross-examine a deceased person.

The state alleges that Marry attempted to have the marriage between herself and Chiwenga illegally solemnised at a time the Vice-President was battling for life in a South African hospital. She denies the charges.

The chief witness in the case, former judge president Justice George Chiweshe could not help the state case.

He said he had no knowledge about what transpired and only met Marry once when she told him that she wanted to wed.

Mutevedzi said Marry did not sign any documentation, adding that the wedding never took place.

All the other witnesses also said Marry did not sign any papers and they never met her in person over the wedding issue.

Chiwenga last year gave evidence in camera and what he said against his estranged wife remains unknown.

Besides the fraud case, Marry is also accused of attempting to kill Chiwenga while he was hospitalised in South Africa.

She is yet to stand trial as it involves extra-territorial investigations.

Marry is also accused of money laundering and assault. The state is also yet to prosecute her on these matters.

Besides the criminal cases, she is also going through divorce with Chiwenga. The case has been pending before the High Court since 2019. — STAFF WRITER.