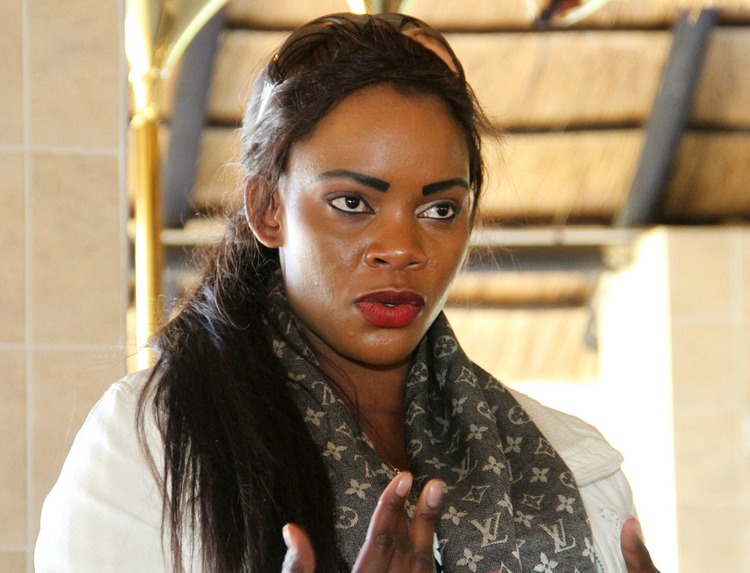 MARRY Chiwenga has opened up on how her relationship with Vice-President Constantino Chiwenga collapsed during the time he was seeking treatment in China between July and November 2019.

BRIDGET MANANAVIRE
An ailing Chiwenga was airlifted to China from South Africa on 21 July where he underwent life-saving treatment at a top Beijing hospital amid revelations by his close associates that he could have been poisoned.

Marry, who was with Chiwenga while he was hospitalised in South Africa, received a phone call from President Emmerson Mnangagwa informing her that she could not travel with the vice-president to China as there was room for only six people, namely Chiwenga, his doctor John Mangwiro, a nurse assistant and his aides.

Marry said her relationship with Chiwenga was good at the time. The two had been married for 10 years and have three children.

Marry said Chiwenga cut communication with her in August, without giving an explanation. On his return from China, he got her arrested for attempted murder.

“It shocks me how this situation came about. Obviously someone thought about it and fabricated this thing to get me out of the way and they obviously managed to do it.  So here I am, my husband had me arrested for things that I obviously did not do, but I was arrested anyway,” she told The NewsHawks.

“We went to South Africa at the end of June and were there for four weeks. My husband then left for China on the 21st of July. From June, right through to 21 July I was with him every single day, feeding him, bathing him and dressing him. I prayed for him and prayed with him.  I stopped feeding him when his oesophagus closed and he could not eat,” she said.

“There were trying times, but I looked after him as best as I could and the way God wanted me to, with absolutely no reservations at all; with no complaints whatsoever. I was just a good wife to my husband.”
Marry said they had gone to South Africa a few days after returning from India where the vice-president had been treated for about five weeks and things seemed to have improved.

She said before China, Chiwenga had been moved to the intensive care unit after he had experienced a fit and his blood pressure shot up.

President Mnangagwa then called to tell her Chiwenga was being moved to China but there was no room for her on the trip.

“I insisted that I needed to go, but I was told the plane was already waiting and those that required visas had them already. So I guess it had been planned for some time, but I had just not been told. I however did not require a visa because I had a diplomatic passport.

“When my husband left for China, I came back the next day on 22 July, on my birthday. The President sent a jet to get me from South Africa. When my husband was in China, we were talking but things suddenly changed in August. How? I do not know. When I tried to talk to him, his doctor Mangwiro would answer the call and say he is sleeping or that I was stressing him. I guess whatever had been planned had started working.”

Marry, who is on remand for attempted murder and money laundering charges, has been trying to get her passport so that she can get the medical attention she desperately needs in South Africa. Zimbabweans gasped in shock this week when pictures circulated on social media showing a visibly ailing Marry with swollen and misshapen legs.

However, her applications keep getting rejected, and she suspects it is because her husband is influencing the rejections as he thinks she might spill some secrets if she goes outside the country.
Chiwenga has also been denying her access to their children whom she has not seen since she was arrested in December 2019.

“I think maybe there is worry that if I go outside the country, I might be influenced by people that are outside to speak against my husband or government, that is the only reasonable explanation why they would deny me my passport.

“Obviously it is not the magistrate or judge that is denying me my passport. They are simply following instructions that they are getting from their superior to say do not give my wife her passport. My lawyer (Beatrice Mtetwa) has made about five applications, and they were all turned down, with no reasonable explanation.”

Controversy over deployment of foreign forces into Mozambique