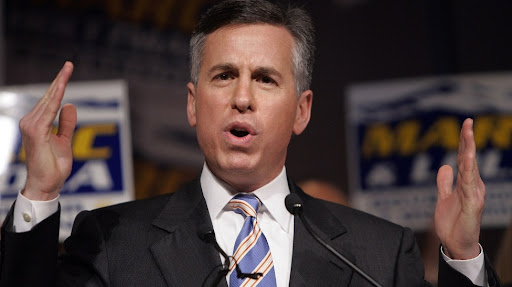 One of those business executives was Marc Holtzman, chairperson of CBZ Holdings, which owns CBZ Bank. Mnangagwa was later seen touring the event with his delegation, Holtzman in tow.

This brought back the spotlight to one of Zimbabwe’s most controversial business arrangements: How Mnangagwa in September 2019 appointed Holtzman CBZ Bank chairperson against all corporate governance and legal procedures.

It had never happened before that a chair of the bank, in which government has an interest, was appointed by the President. This inevitably raised eyebrows. Was it because Mnangagwa’s corporate associate, Kudakwashe Tagwirei, who reportedly has a 30% equity stake in CBZ, or could it be that Mnangagwa himself has a secret interest in the bank, possibly held through Holtzman as a front?

Or both. Holtzman, who has a wealth of knowledge, experience and exposure in banking, was introduced to Mnangagwa by Rwandan President Paul Kagame, these days the Zimbabwean leader’s close associate.

Since Mnangagwa came to power through a coup in 2017 before winning a disputed election the following year, he has deliberately been trying to forge a close relationship with Kagame. This against a backdrop of intense hostility between Rwanda and Zimbabwe during the reign of the late former president Robert Mugabe over the Democratic Republic of Congo War (1998-2002) in which the two countries fought on opposite sides.

In an interview with South African-based veteran Zimbabwean business journalist and CNBC Africa editor-in-chief Godfrey Mutizwa, during the Durban trade fair, Holtzman hailed Mnangagwa, claiming he is a reformer, while also saying Zimbabwe is one of the most exciting frontier markets in the world. He also explained how he became CBZ chairperson.

“Well, the trade fair was a huge success, we were really proud as CBZ, Commercial Bank of Zimbabwe, to be one of the prime sponsors of the event,” Holtzman said in the interview.

At the time when Holtzman was appointed CBZ chair to “clean the house”, the bank was facing a US$385 million penalty by the United States Treasury’s Office of Foreign Assets Control (Ofac) for processing transactions on behalf of ZB Bank, a local lender which was under American sanctions.

Interestingly, Holtzman is now overseeing a big merger between CBZ, ZB Bank, First Mutual Holdings Limited and First Mutual Properties to create a financial behemoth with a local and regional footprint as first exclusively reported by The NewsHawks recently.

Tagwirei, who is under US and British sanctions, has taken a back seat and is lurking in the shadows of the massive deal. On Holtzman’s watch, the US Treasury eventually cleared CBZ of the US$385 million penalty and only issued it with a warning. Holtzman is connected in Washington DC, having served under President Ronald Reagan’s administration. And yet the story of how Kagame met Holtzman is more interesting than how the American met Mnangagwa.

Sometime in 2004, the story goes, on the 10th anniversary of the 1994 Rwandan genocide, Kagame travelled to the US to make a foreign policy address at the University of Denver in Colorado. After his speech, Kagame was introduced to Holtzman, the university president — a networking moment that in the following five years would change the fortunes of Rwanda’s largest financial institution, the Bank of Kigali (BK).

And Holtzman’s future trajectory and fortunes too. Holtzman moved to London, United Kingdom, in 2008 as the vice-chairperson of Barclays plc, a British multinational universal bank. While there, coincidentally again, the banking executive and the Rwandan president met again — this time in circumstances pregnant with opportunity and reward.

It is said Kagame was flicking through the Financial Times, a leading British financial publication, when he saw a small section on Holtzman and decided to give him a call in excitement. Holtzman has previously narrated the story in the media. “Kagame said: ‘Would you come to Rwanda, I would like your advice’,” Holtzman said. “And I did — it changed my life.”

On Holtzman’s first visit to Kigali, the Rwandan capital, Kagame instructed him to spend a day at the Bank of Kigali and give him feedback afterwards. “I was later to learn this was typical of his approach. He reaches out. He flew to Bentonville Arkansas to meet Rob Walton, chairman of Walmart 15 years ago. He did the same with Howard Shultz from Starbucks and now Starbucks is one of the largest buyers of Rwanda coffee beans,” Holtzman said.

From there Holtzman became chairperson of the Bank of Kigali since 2015, rolling out its digitisation and reaching out to Rwanda’s large agricultural sector to boost its market share from 25% to 33%. He also introduced several other innovations.

Holtzman, well-known for innovation within the banking community, has been quoted in the media as saying: “There will be a lot of winners and losers as banks around the world strive to digitise their business models”.

During his time in several banks, he developed a reputation, especially from his time as CEO of Kazakhstan’s largest private bank, for weeding out corruption, inefficiency and incompetence. On Kagame’s recommendation, Holtzman was introduced to Mnangagwa, who was on an investment promotion drive following Mugabe’s ouster and his subsequent ascendancy.

In September 2019, Holtzman was appointed CBZ chairperson which runs subsidiaries in banking, insurance, property, retail finance and wealth management. Holtzman had the specific mandate from Mnangagwa of “cleaning house” and removing the US financial penalties, which he did. “The government is one of the largest shareholders and the President was very clear that he would give me carte blanche to do what needed to be done,” he said.

Holtzman’s work as a consultant for two presidents — Kagame and Mnangagwa — has earned him a reputation in top government circles across Africa as a fixer. He has since been asked by Ghanaian President Nana Addo Dankwa Akufo-Addo to work as the senior independent director for a company in the extractive sector. “I personally draw more reward and satisfaction from the work I do in Rwanda and Zimbabwe than from anything I have done in my career,” Holtzman said in the media.

“It’s amazing to see financial inclusion grow and work to mentor local talent in these markets.” While everything seems clear, there is a shade of grey in the whole story. What are the nature and dynamics of the relationship between Mnangagwa and Holtzman? Why did Mnangagwa flout the rules by handpicking Holtzman to become CBZ chairperson?

What was his interest such that he had to get personally involved? Does Tagwirei own the 30% in CBZ as a matter of fact? What is Mnangagwa’s role in all this? Does he own any equity stake in CBZ either through Tagwirei or Holtzman, or both? Background: Who is Marc Holtzman? Marc Holtzman is a seasoned American banker who serves as CBZ Holdings chairperson. He was appointed by President Emmerson Mnangagwa, raising eyebrows in the market.

Holtzman now claims Mnangagwa is a reformer and Zimbabwe is one of the most exciting frontier markets in the world. He is also chairperson of the board of directors of the Bank of Kigali, Rwanda’s largest financial institution.

Following a successful transformation and sale of Kazkommertsbank, Kazakhstan’s largest bank in July 2017, Holtzman stepped down as chief executive officer having joined as chairperson in March 2015. Previously, Holtzman was chairperson of Meridian Capital HK, a private equity firm with investments in natural resources, real estate, food, agriculture and transportation.

He lived and worked in Eastern Europe and Russia from September 1989 until October 1998. Holtzman also serves as a member of the board of directors of TTEC (formerly TeleTech NASDAQ: TTEC), the world’s leading provider of analytics-driven technology-enabled services and FAT Brands (NASDAQ: FAT), a global franchisor of leading restaurant brands.

From 2012 through 2015, he served on the board of directors of FTI Consulting Inc., (NYSE: FCN) a global financial and strategic consulting firm and Sistema, Russia’s largest listed private company (London Stock Exchange).

To further assist with the development of Central Asia’s financial sector, Holtzman was appointed by Kazakhstan’s Prime Minister to serve on the board of directors of Kazyna — the nation’s sovereign wealth fund — from 2006 to 2008. In addition, he served as a member of the board of trustees of the United States Space Foundation from 2004 to 2010.

From 2003 through 2005, Holtzman was president of the University of Denver where he was responsible for the development of the Rocky Mountain Centre for Homeland Security. The University of Denver has approximately 10 000 students and includes the Daniels College of Business, which, during Holtzman’s tenure, was ranked by The Wall Street Journal as being among the world’s top 50 MBA programmes.

He was co-founder of the Denver School for Science and Technology, a charter high school which claims the highest percentage of minority and under-privileged students of any charter high school in Colorado. Holtzman led the effort to fund the school and was instrumental in persuading Bill and Melinda Gates to make the initial seed contribution.

Holtzman also served in the cabinet of governor Bill Owens as Colorado’s first secretary of Technology. In addition, he was chairperson of Colorado’s Information Management Commission and co-chair of the Governor’s Commission on Science and Technology.

Holtzman helped guide Colorado’s economic transformation into a fully diversified technology hub. During his tenure, Colorado was consistently ranked first among the 50 states in having the highest percentage of technology workers per thousand in the nation.

Drawing on more than three decades of political and public service in the US, Holtzman developed close relationships with a wide range of leading governmental, political and corporate leaders around the world. Former Polish president Aleksander Kwasniewski asked Holtzman to co-found and serve as a member of the board of directors of “Poland for Europe”, a non-partisan, non-profit group which was instrumental in promoting Poland’s early entry into the European Union.

On 24 January 1999, in recognition of his pioneering work contributing to Eastern Europe’s economic resurgence following the fall of the Berlin Wall, Kwasniewski presented Holtzman with The Commander’s Cross of the Order of Merit — Poland’s highest civilian honour — for his service to the country.

On 29 August 2005, in appreciation of his contribution to the development and improvement of relations between Russian and Tatarstan, then prime minister (and now President) Rustam Minnikhanov of Tatarstan awarded him the Russian Medal, In Commemoration of Millenary of Kazan. Holtzman is widely recognised as a leading authority on economic and political developments in Eastern Europe, Russia, Africa and Asia.

Now he is establishing himself in Zimbabwe. As a frequent guest lecturer, Holtzman has advocated the process of continued market reforms and democratisation before audiences, including the World Economic Forum and Harvard University’s John F. Kennedy School of Government and has appeared as a guest on CNN, ABC News, Sky News, the British Broadcasting Corporation’s BBC World and CNBC, among other top global broadcasting channels.

In 1989, Holtzman was nominated by Reagan to the Peace Corps National Advisory Council. Holtzman is passionate about his work with the Point Foundation, a British-based charity which supports Rwandan orphans and is a long-time supporter and former trustee of the Colorado Animal Rescue Shelter.

Holtzman also serves as a National Trustee of National Jewish Health — America’s leading respiratory hospital. He holds a Bachelor of Arts degree in Economics from Lehigh University. He is married with four children.