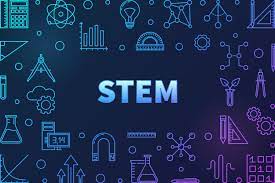 WITHOUT a huge investment in science, technology, engineering, and mathematics (Stem) education, Africa will not achieve the goals the African Union has laid out in her 2063 agenda.

Indeed, given the complexity facing the developing world, economic growth, and improvements in the standard of living there will continue to rely on innovations and technological breakthroughs.

Moreover, such revolutions can only happen for Africa if there is active participation in Stem at all levels of education—especially for girls. Despite the fact that women comprise half the population, they are grossly under-represented in Stem careers.

In sub-Saharan Africa, between a mere 18 to 31% of science researchers are women, compared to 49% in southeast Europe and in the Caribbean; 44% in Central Asia and Latin America; and 37% in the Arab states.

In Nigeria specifically, women represent between 17 and 20% of science researchers. Notably, at the primary school-level, girls perform as well as or even better than boys globally according to the reports of PISA and TIMSS on mathematics and science performance; however, between only 3 and 7% of girls who attend higher education actually study Stem-related courses when they get there.

More specifically, 3% of girls in higher education are enrolled in ICT, compared to 8% of boys. Similarly, 7% of girls enroll in engineering and construction courses compared with 22% of boys who enrolled for the same fields of study.

Why is female participation in Stem important?

Getting girls and women into Stem is not only a matter of human rights but also makes economic sense. Adopting diversity and gender inclusion in Stem is critical for increasing creativity, innovation, gender-sensitive perspective for products, and productivity, considering that women make up half of the world’s population.

Unfortunately, the Covid-19 pandemic has not only hindered overall Stem education, but particularly exacerbated the already-wide gender gap in those subjects. The switch to digital platforms hindered learning for those without access to such tools given the region’s digital divide.

Teachers also struggled with the use of technology for online lesson delivery, and they often end up just replicating their physical classrooms on online platforms.

The impact on Stem education has been colossal given the loss of the requisite hands-on activities in such subjects. This is because for girls, the traditional mode of learning—without authentic learning experiences demystifying Stem concepts—has neither been effective nor motivating.

More girls and women into Stem! How?

Research has already identified specific strategies and tools for boosting girl child involvement in Stem. Such policies include:

Innovative young thinkers and entrepreneurs emerging from Africa are not only changing the continent, but the world—but not nearly enough of them are women.

Given the increased demand for Stem knowledge in a post-Covid world and education losses caused by the pandemic, support for girls in Stem education has never been more pressing. Indeed, the demographic makeup of girls and women in Africa must be intentionally harnessed to position Africa as the technology hub for the future.–Foresight Africa.

About the writers: Adefunke Ekine is associate professor of Childhood Education at Tai Solarin University of Education in Nigeria.

Ayatola Aremu is professor of educational technology at the University of Ibadan in Nigeria.

Addressing Zimbabwe’s inflation: The role of the digitalisation of financial transactions

AU-EU: what stands in the way of a deeper relationship