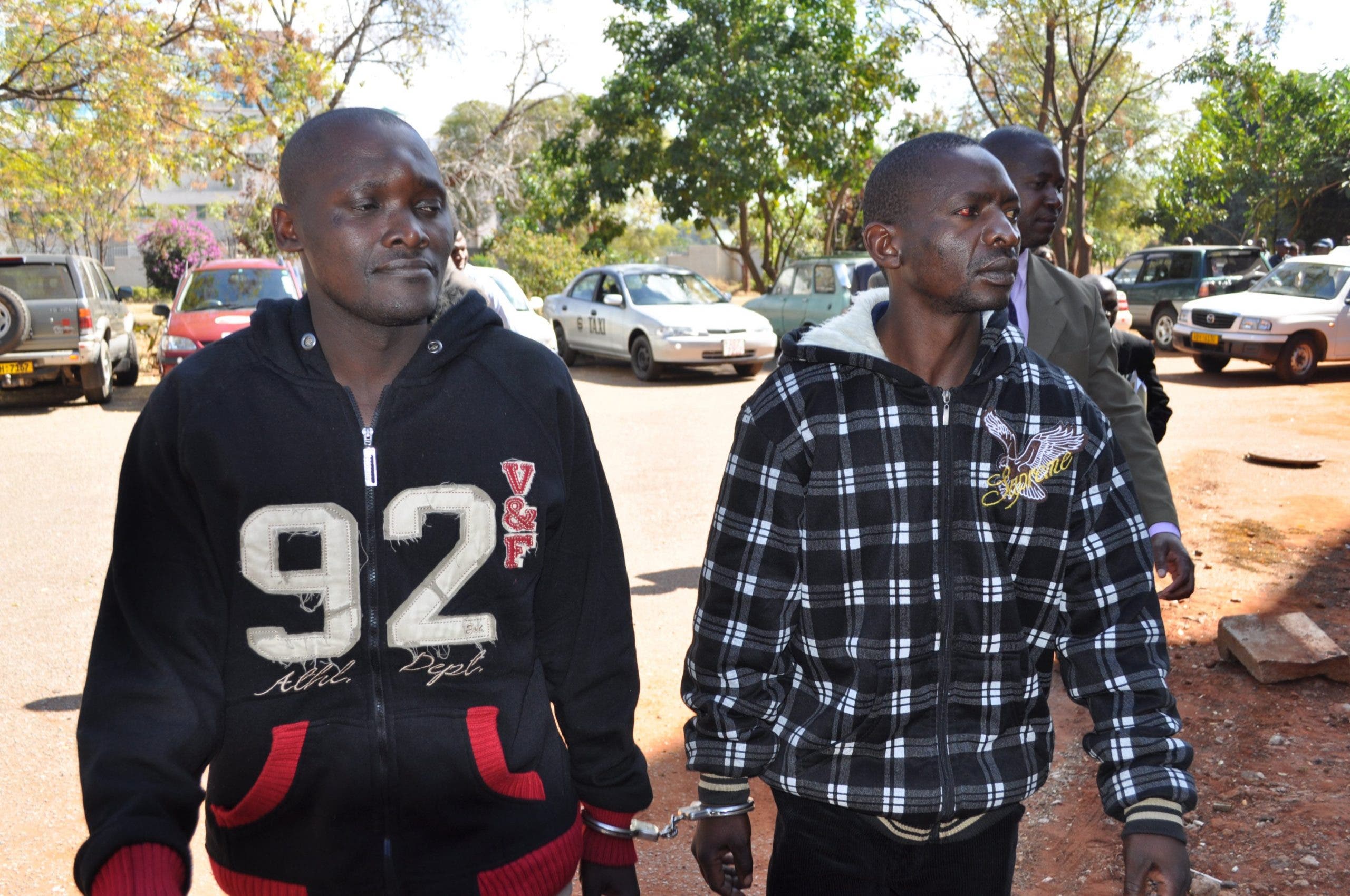 MDC Alliance activist Tungamirai Madzokere finally met his two children more than a week after being acquitted midway into his 20-year jail sentence.
BRIDGET MANANAVIRE
The former councillor said he was yet to fully reunite with them as they are still in the custody of his ex-wife’s family.
He had last seen them before the first Covid-19 lockdown measures were imposed in March 2020.
Madzokere and his colleague Last Maengahama were freed early June after spending 10 years in both remand prison and serving their sentence at Chikurubi Maximum Security Prison.
The two were part of a group of 29 mainly MDC members, dubbed the Glen View 29, arrested in connection with policeman Petros Mutedza’s death in May 2011. The rest were released while Madzokere, Maengahama and Yvonne Musarurwa (released in 2018 through Presidential amnesty) were sentenced to 20 years.
Madzokere’s wife left him in November last year while he was still in prison, taking the children with her.
“I met with my children on 12 June at my ex-wife’s young sister’s place in Budiriro. I went with my sister, my uncle and his wife. This is where the kids were said to be staying. However, their mother is staying somewhere else with another man,” Madzokere told The NewsHawks.
“I was not happy with the environment they are staying in because there is a shebeen. We agreed that I would see them on Saturdays. However, the children asked to visit home but did not want to return where they are staying.
He said he was trying to talk to the in-laws so that they may address any issues that might be involved in him getting the children full time.
“There are still issues that need to be discussed so they had to go back. I do not want any conflict, so I am working on something amicable. I need to meet with the in-laws, because I understand they are the ones who came to take them from the house, seeing I had stayed in prison for a long time,” Madzokere said.
Together with Maengahama, Madzokere is contemplating on how to get compensation for  wrongful incarceration.
He also said he would be engaging human rights lawyers to get people in prison to enjoy their conjugal rights so as to protect their relationships and marriages.
The two will be going through counselling to help them deal with the trauma of their wrongful incarceration.
Madzokere does not blame his wife for leaving as he says they were in love but blames the system, which leaves partners and families of those incarcerated as victims.
“It’s something that I have accepted that it happens and my wife was very young. I have reflected on the issue and I want to engage human rights lawyers for an application for conjugal rights for inmates. Because these are consequences of the system,” Madzokere said.
“It is good to reflect, and my wife was very young and she had waited for a very long time. So for me the problem is the system. Other countries now have conjugal rights in prison because if someone has been arrested, the partner and the family become victims. When I look at it, I must strike a balance, with my wife we were in love for a long time. We really understood each other but I guess something happened.”
Related Topics:
Up Next