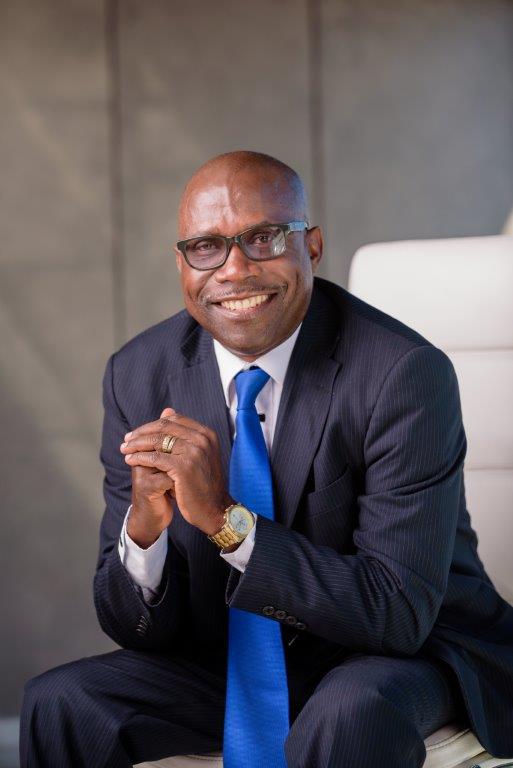 STATE-OWNED telecoms operator TelOne last year realised inflation-adjusted revenue growth of 147% to ZW$4.7 billion compared to the corresponding period in 2019 due to an upsurge in the demand for broadband.
In 2019, the revenue stood at ZW$1.9 billion.
DUMISANI NYONI
The uptick in demand for home broadband services was driven by the Covid-19-induced remote working model (tele-working) adopted by many corporates, accompanied by an increase in online shopping and e-learning, according to a statement released by TelOne after its virtual annual general meeting.
“Despite the slowdown in the economy due to the Covid-19 pandemic, the company managed to post an inflation-adjusted operating profit of  ZW$523 million from ZW$449 million in the previous year, building on the strong performance recorded in the inaugural year of the Telecommunication Media and Technology (TMT) strategy in 2019,” the statement reads in part.
“Influenced by our client-centric approach, TelOne achieved an improved customer satisfaction index of 79% in 2020 as compared to 73.2% in 2019. We remain committed to enhance customer experience through new services, improved customer support and efficient customer complaints resolution.”
In the period under review, the company achieved a 2% increase in earnings before interest, depreciation and tax (EBITDA) to ZW$671 million.
The improved performance was driven by revenue growth and cost containment initiatives.
Operating expenses increased by 220% to ZW$3.2 billion, mainly driven by the depreciation in the exchange rate of 381% which exceeded inflation of 348%.
“Operating costs for the ICT (information  communication technology) sector are largely foreign currency-driven as most of the equipment and software are imported. The depreciation in the rates of exchange therefore has a bearing on the company’s operating expenses,” TelOne said.
However, the company closely monitored its costs by prioritising critical expenditure which resulted in the increase in EBITDA by 2% in real terms and 329% in historical terms.
The foreign legacy loans expenses amounting to ZW$34.7 billion emanating from the legacy debt of ZW$35.9 billion (US$432 million), continued burdening the company despite persistent efforts for the government to warehouse the debt.
The government announced plans to warehouse TelOne legacy loans in April 2019 amounting to ZW$35.9 billion (US$432 million), which were inherited from the Posts and Telecommunications Corporation of Zimbabwe at its unbundling.
The warehousing of the legacy loans was meant to restructure the company balance sheet and pave way for privatisation. However, the formalities of the legacy loan restructuring had not yet been finalised at the end of the year to allow the company to de-recognise these loans.
During the period under review, the company’s net loss before tax of ZW$10.3 billion compared to loss before tax of ZW$35 billion in 2019, is attributable mainly to the legacy loans expenses amounting to ZW$34.7 billion being partially offset by a monetary gain achieved of ZW$24.7 billion.
If legacy loan expenses are excluded, the company achieved profit before tax of ZW$24.4 billion.
Government owed ZW$575 million while parastatals and state-owned enterprises accounted for ZW$105 million. The government has 22% of its debt outstanding for more than six months, thereby constraining the company’s cashflows and liquidity position.
“As means to mitigate the problem, the company has made an appeal to the ministry of Information Communication Technology, Postal and Courier Services and Ministry of Finance & Economic Development to facilitate the company’s initiatives to ease the debt. A number of government ministries have now been migrated to prepaid services,” it said.
Information Communication Technology and Courier Services minister Jenfan Muswere acknowledged the impact of the PTC legacy loans on the company performance, saying they have overshadowed the positive performance achieved at operating profit level.
“On debtors, TelOne should ensure it recovers the debtor’s book of ZW$1.4 billion to avoid loss in value of the amount owed due to inflation. While government is a significant debtor, TelOne also needs to ensure recovery of ZW$720million debt owed by other customers. The introduction of prepaid services for these debtors is encouraged. Telone also need to ensure that 25% of the national telecoms revenue share is achieved by 2021,” he said.
TelOne owes its creditors ZW$2.3 billion and the bulk of these creditors are foreign creditors whose balances are affected by exchange rate fluctuations on translation.
“In an effort to maintain good relationship with creditors, the company continuously engages suppliers for flexible payment plans. Also, the company continued navigating on new strategies to improve revenue generation and cash collections on outstanding receivables to accelerate creditors’ payment plans,” it said.
Investment into network upgrades for the period under review amounted to ZW$151 million.
With a stronger balance sheet, Muswere said, TelOne is expected to be able to finally declare a dividend.
“I note that the company has already started to generate its own foreign currency, however the generated foreign currency does not match the huge foreign currency requirements for internet bandwidth, critical network upgrade projects as well as software related costs,” he said.
“I will continue to engage my counterpart in the ministry of Finance and Economic Development and the Reserve Bank of Zimbabwe to ensure the ICT sector and indeed TelOne are prioritised on the foreign currency auction system.”
“Management is encouraged to be more innovative as they explore ways to generate foreign currency to support settlement of foreign creditors and create funding to deploy projects that are urgently required to strengthen your position as a key enabler in bridging the digital divide,” he said.
In terms of outlook, TelOne board chairman Douglas Zimbango (pictured)  said: “We remain confident of our ability to deliver our vision through the dynamic strategies that are coming through as well as the support of the shareholder, as has become custom.”
Related Topics:
Up Next