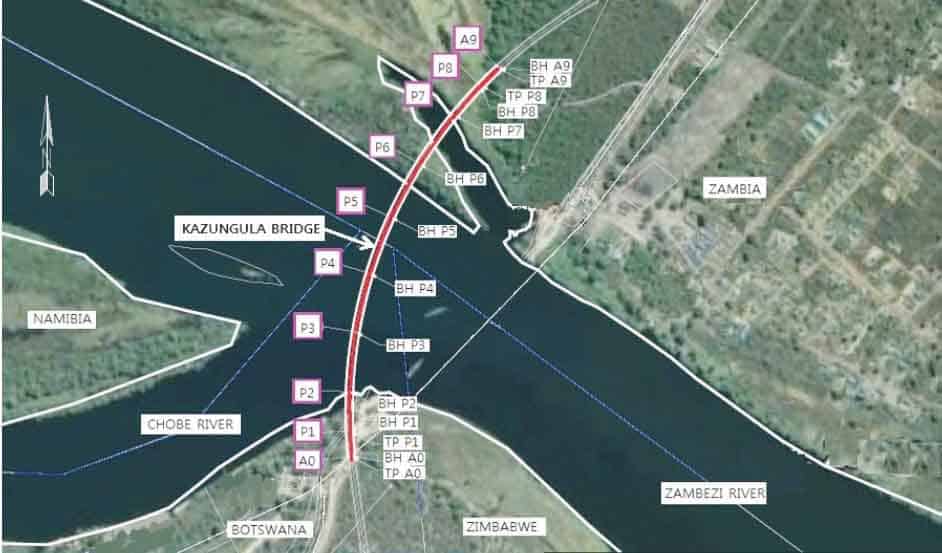 THE commissioning of the US$260 million 923-metres-long Kazungula Bridge across the confluence of the Zambezi and Chobe Rivers at a unique geographical point where Botswana, Namibia, Zambia and Zimbabwe meet is bad news for Harare.

The situation will be dramatised by President Emmerson Mnangagwa’s attendance to the event on Monday. Mnangagwa said this week he will join the Presidents of Botswana and Zambia, Mokgweetsi Masisi and Edgar Lungu respectively, at the important occasion that marks the end of an era for Zimbabwe.

Technically, Zimbabwe is part of the project, although it did not invest a dime.

While the project will be of immense regional benefit, it is, however, bad news for Zimbabwe: from Monday it loses its historical advantages as the gateway into the region.

That means loss of freight, trade and revenue benefits – which is critical for an already struggling economy.

Regionally, the project will benefit the local population in the area by providing an improved border crossing facility between Botswana and Zambia across the Zambezi River.

This will reduce crossing time and cost by eliminating the current risky ferryboat arrangement.

It has already created employment opportunities during the construction period and guarantees long-term jobs in the area due to the anticipated development of local businesses, transport and trade activities, and cross-border economic undertakings.

At a higher level, the infrastructural project is of strategic importance to enhance transport links, trade and economic activities between the two countries and other Sadc states, especially to the north.

The multi-million-dollar project, which started in 2014, was conceived as a bypass to Zimbabwe and its main port of entry Beitbridge border post, sub-Saharan Africa’s busiest gateway.

The bridge is expected to ease movement of goods and people, while reducing the transit times considerably, hence consolidate regional integration, trade facilitation and economic development.

But all this will be unfold at the expense of Zimbabwe, whose historical advantages were embedded in British colonial empire-builder Cecil Rhodes’s Cape to Cairo dream.

The Cape to Cairo railway was a project to build a rail line crossing Africa from south to north.

It would have been the largest and most important railway infrastructure on the continent. It was planned as a link between Cape Town in South Africa and Port Said in Egypt.

Zimbabwe, already a transport routes hub to the north, would have been the gateway.

·  South-western section: from Cape Town, passing through Kimberley, Mahikeng (formerly Mafikeng) in South Africa, Gaborone and Francistown in Botswana, to Bulawayo in Zimbabwe;

As shown by these rail corridors, Zimbabwe was the regional hub and gateway to the region.
However, all these hitherto unchallenged advantages will end on Monday.

“Zimbabwe certainly stands to lose out in a big way from the Kazungula project,” a regional trade expert told The NewsHawks.

“The project, which incorporates one-stop-border post facilities in Zambia and Botswana will serve as an alternative to the existing route at Chirundu linking Zambia and Zimbabwe. The new bridge replaces the existing ferry system which has low carrying capacity, is risky and limits cross-border traffic flow. It will boost regional trade and economic integration.

“However, Zimbabwe will be badly affected. Its monopoly as the gateway to the north will cease to exist. Traffic volumes, especially of commercial transport, will inevitably decline given that the new route is shorter and likely to be more efficient. This means loss of many economic advantages, including revenue, for.”

Freight and passengers transit time is projected to be significantly reduced due to improved border management operations arising from the one-stop-border facilities.

The expert went further: “It will be an irony for Mnangagwa or any Zimbabwean to celebrate a project which will certainly undermine the country’s economic interest.”

In the end, the Kazungula project demonstrates how other countries in the region are progressing, while Zimbabwe is further regressing at a dramatic pace.