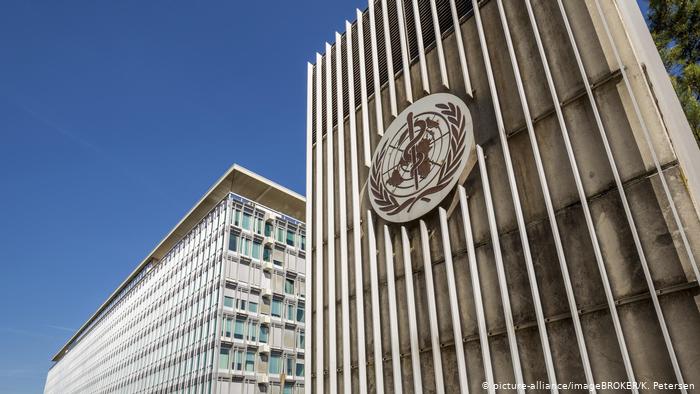 The World Health Organization announced Friday that it would grant emergency use listing of a coronavirus vaccine made by Chinese firm Sinopharm.

The step means that the vaccine, developed by Sinopharm with the Beijing Institute of Biological Products, can be used to bolster WHO-backed efforts such as the Covax initiative to share doses equitably around the world.

It is also a major boost in international recognition for Sinopharm’s vaccine and for Chinese pharmaceutical research. It marks the first time that any Chinese-made vaccine received emergency authorization from the WHO.

“This expands the list of Covid-19 vaccines that Covax can buy, and gives countries confidence to expedite their own regulatory approval, and to import and administer a vaccine,” WHO director Tedros Adhanom Ghebreyesus said at a news briefing on Friday.

Jennifer Huang Bouey, an epidemiologist who works with the Rand Corp., said WHO’s backing for the virus would be a reassurance to developing nations without access to vaccines produced in the United States or Europe.

“China has the manufacturing capacity desperately needed by the world for Covid-19 vaccines as well as the political will to support the UN’s Covax system,” Huang Bouey wrote in an e-mail.

The emergency approval, reached by independent experts in a technical advisory group under consultation with WHO’s Strategic Advisory Group of Experts, is for adults over the age of 18 with a two-dose regimen.

Though the Sinopharm vaccine is already in widespread use around the world with an estimated 65 million doses administered, its developers have released only limited information about the vaccine’s efficacy and side effects.

A SAGE report released this week said it was “very confident” the Sinopharm vaccine protects people ages 18 to 59, citing evidence from clinical trials in China, Bahrain, Egypt, Jordan and the United Arab Emirates.

The vaccine had a 79 percent efficacy in stopping symptomatic covid-19 with adults aged between 18 and 59 years, the report found — lower than some high-performing U.S.-backed vaccines like those produced by Pfizer and Moderna, both in the mid-90s, but in the same range as AstraZeneca, another Western vaccine.

However, the report’s authors said they had a “low level of confidence” of the vaccine’s efficacy in people over 60 years old and a “very low confidence” in the data about potential side effects in that age group.

Unlike the Pfizer and Moderna vaccines, both of which use recently developed mRNA technology, the Sinopharm vaccine uses an inactivated coronavirus that can no longer replicate to trigger an immune response.

Speaking at the WHO press conference on Friday, Mexican public health expert Alejandro Cravioto, chair of SAGE, said the data for those over 60 was “still very scarce.” However, “there is no reason to think that the vaccine would behave differently in this age group,” Cravioto said.

“We see no reason why this vaccine should not be recommended for use for use for those 18 years and above in a dosage of two doses from two to three weeks apart,” Cravioto said.

Arnard Didierlaurent, a professor at the University of Geneva and chair of the technical advisory group, said that the “benefit risk assessment was favorable” but that further study would be needed.

“The work doesn’t stop after the listing, because we continue reviewing data as they are provided by the manufacturer,” said Didierlaurent.

The United Arab Emirates, where the Sinopharm vaccine has been widely used, has asked a “very small number” of people who received the vaccine to return for third doses.

The Seychelles, where the vaccine makes up around 60 percent of doses administered, has also seen a surge in cases recently, which some experts said raised questions about the vaccine’s effectiveness for reaching herd immunity.

Huang Bouey said that though China’s pharmaceutical industry is large, it has focused on the country’s huge domestic market in the past and not developed a stringent regulatory system.

WHO’s backing of the Sinopharm, even if preliminary, “will be considered a triumph for China,” Huang Bouey said.–Washington Post

IS-land: Has the age of southern African terrorism properly begun?