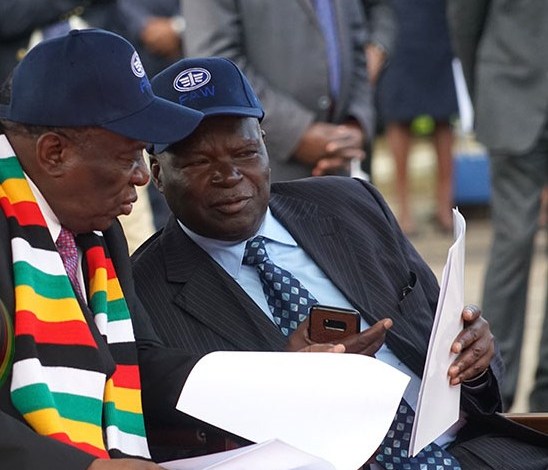 LEGISLATORS have slammed Local Government minister July Moyo for strangely behaving like a debt collector on behalf of Netherlands-based company Geogenix BV in the controversial US$400 million Pomona waste-to-energy deal.

Moyo has written a number of letters compelling the City of Harare to suspend its resolution to halt the deal as well as pushing the local authority to pay the money it supposedly owes to Geogenix BV.

Raising the issue during this week’s National Assembly question-and-answer session, Norton MP Temba Mliswa lambasted Moyo, accusing him of shirking his ministerial obligation to present himself before Parliament  to answer questions from legislators whilst focusing of being a debt collector on behalf of a private company.

“Honorable July Moyo is not here to respond, but is busy writing letters to the local authorities so that money comes out. His job now is to write letters wanting money. How can a minister be a debt collector? He is not here to answer issues of all the deals that he is doing.”

“Where is he? He is seen writing letters left, right and centre wanting a 10% commission. He has been paid. Ndozvinonetsa kana wadya mari dzevanhu. Haurari usiku nekuti unenge uchingonyora matsamba uchirotomoka (That is the problem with compromised ministers, they cannot sleep peacefully at night). He must come and answer on why he is writing letters when he is not a debt collector,” said Mliswa.

Pumula MP Sicelesile Mahlangu quizzed Moyo’s deputy, Marian Chombo, on whether it is the duty of a minister to act as a debt collector on behalf of a private company.

“My question is directed to the minister of Local Government. The minister wrote a letter to the City of Harare to pay the so-called outstanding amount to the Pomona company. Is it the duty of the minister to act as a debt collector on behalf of the private company?” she asked.

Kambuzuma legislator Willius Madzimure immediately voiced concern over Chombo’s answer, saying: “Is the minister trying to tell this House that all of a sudden the ministry now has the responsibility of acting on behalf of a private company that has its own lawyers and administration that looks at its own issues? Does the minister want us to believe that it is the ministry that is in contract with the City of Harare? Where in the Acts of Zimbabwe do we have a law that allows a minister to follow up on a credit?”

But deputy minister Chombo said it is her ministry’s duty to make sure that any complaint raised against any relevant authority is addressed.

Responding to Chombo’s answer, Norton MP Mliswa lamented the fa t that the Local Government ministry was not following due process.

“My supplementary question is that the minister cannot get away with receiving complaints from stakeholders. There is a process, there is a procedure. Even the President himself with the powers vested in him, if there is a theft complaint, he does not go and arrest. He uses the institutions which are there to do the job. You cannot say you are at Central Government and you are making a decision to override. There are processes and procedures…”

“We are being misled by the Hon. Deputy Minister.  The last time the issue of debt collection came up with City of Harare to collect debts, she told us not to debt collect, but her Ministry now goes and debt collects for a private company,’’ Markham said.