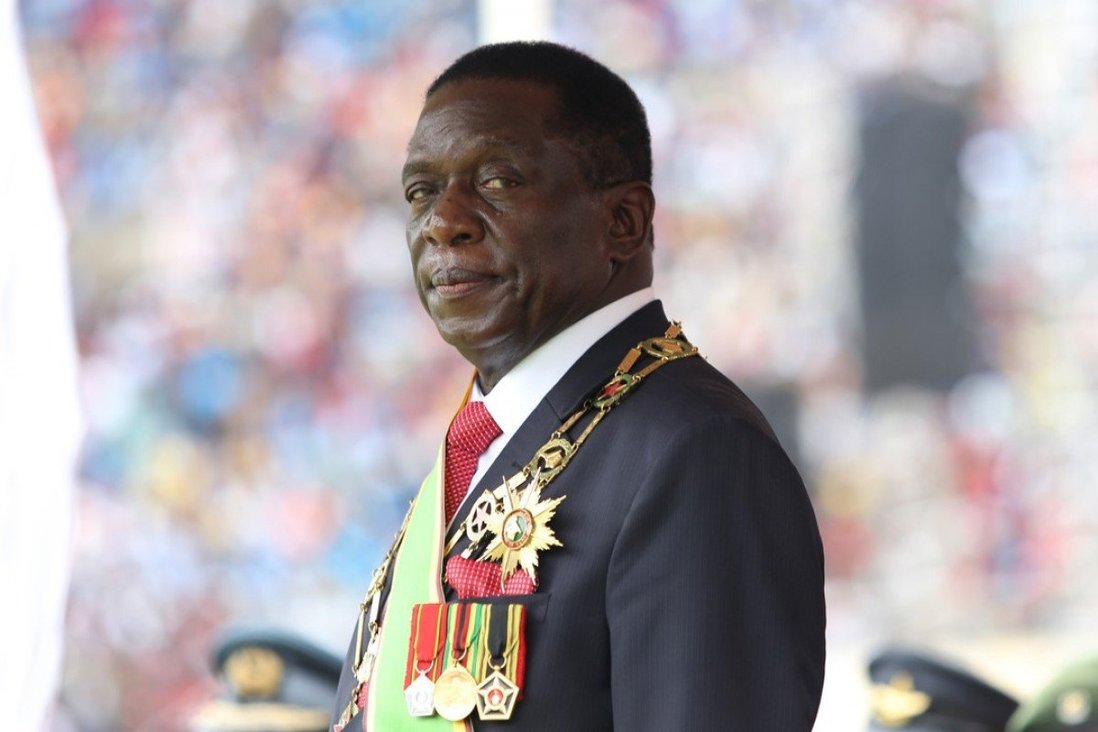 Musengezi, a Zanu PF member of good standing for 20 years, says Mnangagwa was not constitutionally and lawfully elected by the party’s central committee meeting of 19 November 2017 — five days after the military coup that ousted former president Robert Mugabe.

He says the meeting which installed him party leader was not legally convened, constituted and conducted. As a result, Musengezi is seeking a declaratur against Mnangagwa that the special session of the central committee after the coup at party headquarters in Harare from 10am to 4pm was ultra vires the party constitution, unlawful and thus null and void ab initio.

He also wants the court to rule that all the resolutions of the central committee meeting passed during its unlawful gathering to install Mnangagwa as party leader were “unlawful, invalid and are accordingly set aside”.

Further, Musengezi says former vice-president Phelekezela Mphoko should temporarily take over the Zanu PF leadership and preside over an extraordinary Zanu PF congress to be called within 90 days of the granting of the order to regularise the leadership positions to ensure Mugabe’s successor is installed constitutionally and legally.

As things stand, Mnangagwa has no mandate to be the leader of Zanu PF and President of Zimbabwe, the application suggests. He came in through a string of illegalities which have not been cured, meaning he is an illegal President of the republic. Besides the coup and his 2018 disputed election, Zanu PF did not elect him as the application contends.

Legal experts say Mnangagwa is a product of a slew of illegalities and here is why:

These issues form a compelling backdrop to the case that judges, already damaged by Chief Justice Luke Malaba’s tenure extension saga, have to grapple with on how Mnangagwa came to power.

Constitutional judges recently violated one of the key rules of natural justice — that no one can be a judge in their own cause — to rescue Malaba whose tenure extension had been blocked by the High Court.

Judges are also yet to hear challenges to two constitutional amendments designed to keep Malaba in office, while helping Mnangagwa in his power consolidation and retention agenda. In the Musengezi challenge against Mnangagwa’s leadership legitimacy, judges would have to navigate a political and legal minefield: maintain their implicit bargain to keep their positions — posts and trappings of office — and serve the ends of justice to retain their credibility at the same time. Legal analysts say the Musengezi case is critical in terms of the way the national constitution frames and deals with how to replace a head state, out through death, incapacitation or removal by different means.

The ruling party of the day is vested, under Schedule Six of transitional mechanisms valid from 2013 to 2023, with powers to nominate a successor through its own constitution and party structures.

“The 2013 state constitution imposes a constitutional mandate and duty to the ruling party of the day to use its internal processes to constitutionally and legally nominate a candidate to takeover from the incumbent removed on any of the stated grounds in the constitution,” an analyst said.

“This elevates the constitutional burden to choose who will be a successor for the remainder of the outgoing leader’s term to a party internal mechanism instead of state electoral processes.

“As a result of that, this means the party process should be democratic, credible, free and fair, and verifiable to meet the national democratic election demands and benchmarks. The rationale is that if a party is to nominate someone to lead a nation through an internal process without being subjected to national elections, its process has got to be constitutional, legal and transparent.

“If the party process is flawed, subverted or hijacked by vested political interests and other forces, then the constitutional foundation and good governance of the republic is imperiled. That erodes the constitutional framework and democratic fabric of the state.

“So the courts and judges have an important responsibility and duty to protect the constitution, the democratic order and constitutionalism of the state against internal party processes which might be compromised, manipulated and subverted to serve narrow political factional or clique interests at the expense of the national or common good, the public interest.”

Another analyst added: “The Musengezi application is very important. The process of nominating or electing a successor to a head of state must not be afflicted with such a string of illegalities or glaring violations of the constitution and democratic process as highlighted in this momentous court application.”

There is a rich history of case law within the Commonwealth, where there have been legal challenges to the unconstitutional overthrow of elected governments.

These cases and incisive commentary on them are set out in an interesting book by Professor John Hatchard and Dr Tunde Ogowewo titled Tackling Unconstitutional Overthrow of Democracies: Emerging Trends in the Commonwealth. Hatchard and Ogowewo develop a new theoretical construct — “the implicit bargain theory” — to explain the existing jurisprudence on coups.

Their study critically examines the evolution of judicial decisions on the subject. In doing so, it also evaluates jurisprudential theories underpinning these judgements. The position of the Commonwealth, especially given its strong stance against unconstitutional overthrow of governments, is clearly articulated. Ironically, the Commonwealth’s Harare Declaration of 1991 and the subsequent Millbrook Commonwealth Action Programme on the Harare Declaration (1995), cite coups as particularly grave violations of their principles.

Zimbabwe is currently fighting to go back to the Commonwealth after pulling out over a decade ago. After the 2017 Zimbabwean coup, judges were on the frontline of events and debate. Hatchard and Ogowewo explain why.

“To understand the nature of the existing jurisprudence on coups it is important to understand what in fact produced it,” Hatchard and Ogowewo write.

“For this, a new theoretical construct — “the implicit bargain theory” — is introduced to tell the story. “Judges are important players when there is a coup. The immediate effect of a coup is to eliminate two branches of government — the executive and the legislature. The judiciary is left intact.

“The judiciary is left intact for two reasons.

First, because judicial affirmation of the regime of usurpers confers legitimacy on the usurpers. Second, because even usurpers need to govern in a system characterised by law and order, and an existing judicial system — even if tweaked — is indispensable.” Already, top judges have made their implicit bargain.

The then High Court Judge President George Chiweshe on 26 November 2017 ruled that the military’s actions “in intervening to stop the takeover” of Mugabe’s constitutional functions “by those around him are constitutionally and lawful”.

Malaba also issued a judgment, saying Mugabe had resigned voluntarily, in a bid to give constitutional and political legitimacy to the coup. Now the new High Court application challenging Mnangagwa’s legitimacy will further test the credibility of judges that is already badly damaged due to the coup legitimation process and the Malaba tenure saga.