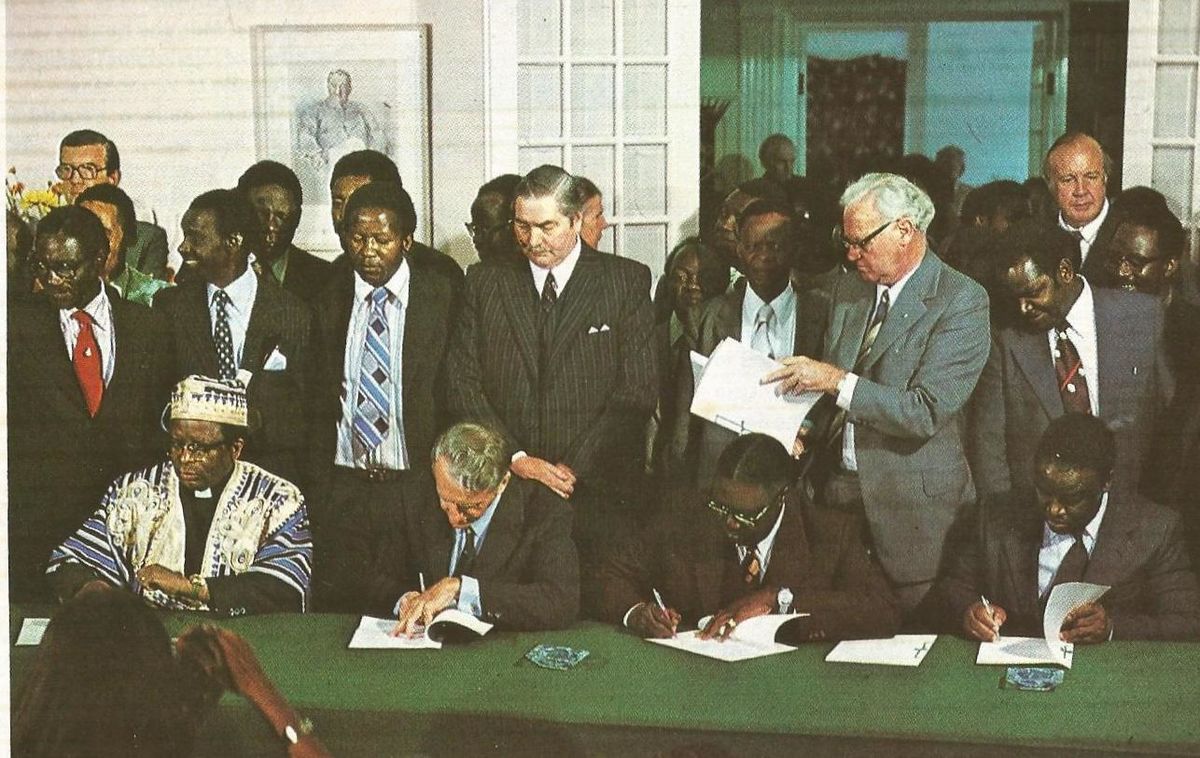 TERERAI MAFUKIDZE
ACCORDING to Benjamin “Bennie” Goldin, a South African-born Zimbabwean lawyer who served as a judge on the Rhodesian and post-independence bench, Chief Justice Hector Macdonald was invited by the chair Lord Peter Carrington to spend a week at the Lancaster House talks in London in 1979.
The Lancaster House talks led to a ceasefire, elections and Zimbabwe’s Independence in 1980 after a protracted civil war between the Rhodesians and the liberation movement.
While there, he was asked by Carrington what the attitude of Rhodesian judges would be should the Patriotic Front (Zanu and Zapu) win the 1980 elections. Macdonald told Carrington that should the Patriotic Front win, he and several other judges would resign and leave the bench.
Carrington sought permission from Macdonald through the cabinet secretary George Smith (later on a judge of the High Court) to make public the position of the Rhodesian judges. The Patriotic Front was putting pressure on Carrington to make this public as they felt it would show that the judges were stooges of the Rhodesian government.
It turned out when Macdonald expressed the position to Carrington, he had not canvassed the views of every judge. Under pressure from London to confirm that the position could be made public, Macdonald called Goldin who was the senior judge at the High Court. He instructed him to canvass the views of the other judges, which he immediately did.
Goldin records that: “They all disagreed with what the chief justice had told Lord Carrington. Each emphasised that judges do not resign because of a change of the political party in power. This was contrary to principle and the role of a judiciary. One of them said that even if he were to intend to resign after a Patriotic Front election victory he would consider it a personal private matter.”
This attitude naturally displeased Macdonald. He was now discovering that he was in the minority on this issue.
As Goldin records: “I telephoned the Chief Justice and reported the result. He was surprised and vehemently expressed the view that we misunderstood the need and advisability of supporting him.
All judges were present when I spoke to him. He said that he would cable that he and ‘several other judges’ would not stay. I stressed that if he did so without naming the judges who supported his view we would be compelled to issue a statement dissociating ourselves from his proposed reply. He, therefore, decided to identify the judges who agreed with him…”
In the cable sent through Smith, Macdonald stated that: “The Chief Justice confirms that if the Patriotic Front were to win the next elections, he and other judges of the Appellate Division would not want to stay in office and would wish to retire. This information may be divulged by Lord Carrington to the PF and may be made public.”
The message was revealed by the Lord Privy Seal Sir Ian Gilmour at the conference, resulting in jubilation from the Patriotic Front members.
The Patriotic Front was distrustful of the Rhodesian bench and had disclosed its intentions to appoint Leo Baron (previously a Rhodesian detainee), who was a member of Zapu and was in fact its legal adviser at the Lancaster House talks, as chief justice at Independence.
Baron was imprisoned for 17 months and released in the late 1960s on condition that he leaves Rhodesia.
He went to Zambia where he was appointed a judge and later Zambia’s deputy chief justice. Baron, a British immigrant, had represented Zimbabwe’s nationalists over many years as a lawyer. Baron was appointed a judge of the Supreme Court of Zimbabwe.
He sat on the bench from 1980 until 1983. At one point he acted as chief justice.
Could Baron’s non-appointment when Macdonald retired have had anything to do with the Zapu-Zanu tensions at the time? George Kurekwaivanane in his seminal book The Struggle Over State Power in Zimbabwe states that Baron was not appointed the substantive chief justice after the retirement of Fieldsend in 1983 despite being the most senior judge on the bench because Zanu PF officials were reluctant to appoint him due to his closeness to Joshua Nkomo and his membership of Zapu.
However, another Zapu man, Enoch Dumbutshena, later on got the job.
Speaking in the House of Assembly on 13 July 1982 on the renewal of the state of emergency in Zimbabwe, Home Affairs minister Herbert Ushewokunze referred to the bench as hostile and went on to criticise several of its decisions. He then cited the media reports that came out on 7 November 1979 articulating the position of Macdonald and his appellate colleagues should the Patriotic Front win as evidence of the existence of “recalcitrant and reactionary members” on the bench.
He added that: “Our posture during constitutional negotiations with the British that the judiciary must be disbanded, can now be understood with a lot of hindsight.”

Related Topics:Lancaster House Agreement
Up Next