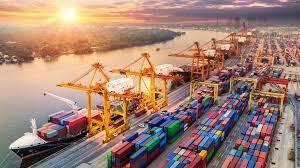 ZIMBABWE may not benefit much from the African Continental Free Trade Area (AfCFTA) as the southern African nation continues to be hamstrung by a plethora of structural problems inhibiting inter-state trade, a trade expert has said.

In January 2021, the African countries agreed to come up with an agreement to boost inter-continental trade. At its inception, experts said the African Continental Free Trade Area (AfCFTA) agreement would create the largest free trade area in the world measured by the number of countries participating.

The pact connects 1.3 billion people across 55 countries with a combined gross domestic product (GDP) valued at US$3.4 trillion. It has the potential to lift 30 million people out of extreme poverty, but achieving its full potential will depend on putting in place significant policy reforms and trade facilitation measures.

University of Zimbabwe Economics professor and trade expert Albert Makochekanwa said despite the potential market that is being presented by the AfCFTA, Zimbabwe can only benefit if it strengthens the industrial sector and embarks on far-reaching reforms which improve the ease of doing business.

“Zimbabwe will not benefit significantly because the country specialises in the exportation of raw materials which does not add to the future capacity of productivity. There is no potential for Zimbabwe to benefit even if the market is there. Currently, the country does not have many much manufactured products; consequently, the country will remain far marooned from benefiting from the African Free Trade Area,” he added.

“Most countries that are middle income are into industrial production; 28 years ago Zimbabwe was a bit diversified, but the current statistics show that mineral and tobacco consist 90% of exports and no country in Africa wants these minerals because they want processed products. For example, in Africa they don’t need the tobacco leaves but they want the processed cigarettes. There is no serious manufacturing in the country.”

While the government officials say the country’s exports are expected to be driven by strong agricultural growth and mineral exports, Makochekanwa argues that Zimbabwe’s competitiveness can be improved through investment-friendly policies, strong industrial base, tax reforms, and solid infrastructure which serves as an economic enabler to improve competitiveness.

“The environment of the country is not conducive for investing, Zimbabwe is ranked as the most taxed country, out of 180 countries last year, and Zimbabwe was ranked 140 compared to neighboring countries such as Zambia  which was ranked 67, revealing the investors will find it difficult to do business in the country,” he said.

Makochekwana also said the new continental trade pact will increase competition among local firms which are struggling to re-tool due to limited access to cheap financing and an influx of cheap imports.